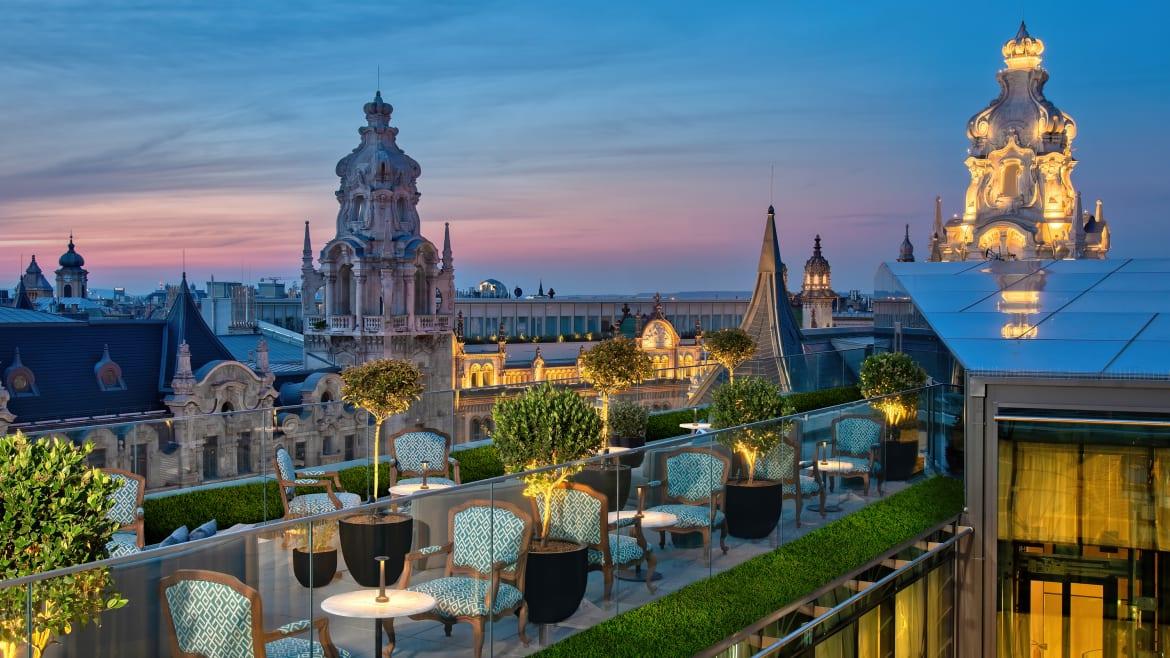 Budapest Has a Grand New Hotel

As the 19th century careened into the 20th, the population of Central European cities exploded. So, too, did the number of imaginative—mind blowing, really—buildings that to this day make Prague, Vienna, and Budapest some of the most beautiful cities in the world. Buildings were made of elaborately carved stone, tiles in shocking colors, and architectural elements right out of a Mucha illustration. 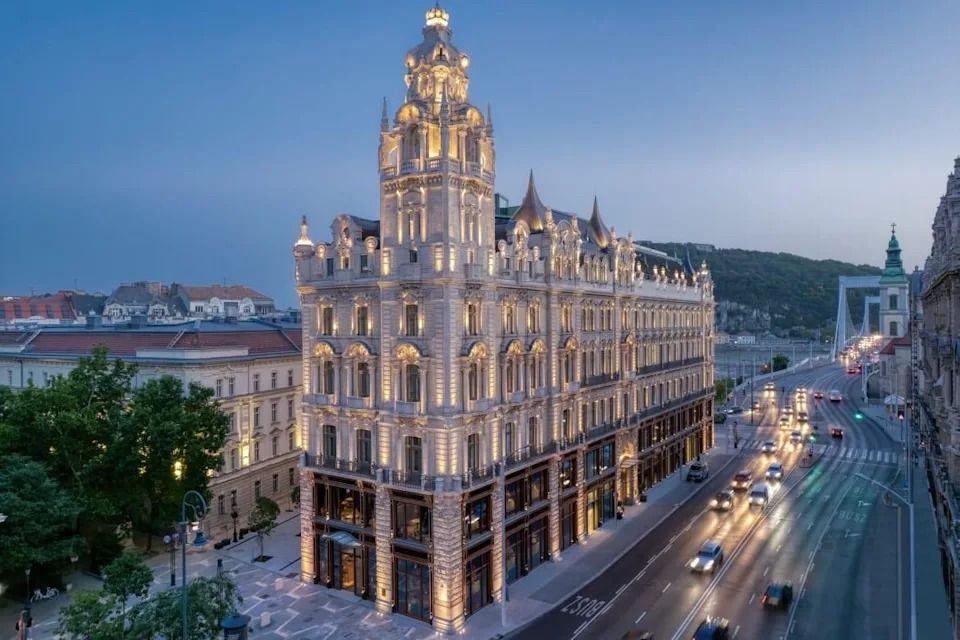 While we think of the Austro-Hungarian nobility at this time as stuffy and stuck in the past, some were not and got in on the action. The Archduchess Maria Klotild was one, snatching up two lots at the end of the century on either side of the road at the end of a major bridge crossing the Danube in Budapest. She hired Kálmán Giergl and Flóris Korb, two of the most significant Hungarian architects at the time who also worked on the iconic New York Palace Hotel. (If you have some time the New York Cafe inside is worth checking out even though it’s extremely touristy). The archduchess’ twin buildings were groundbreaking for their time both in terms of construction—steel clad in stone—and comfort—elevators. They featured shops and cafes on their ground floors with residential units above, and the two buildings were capped at the corner by a fetching Neo-Rococo tower.

Like much of Budapest in the aftermath of Communism, the magnificent buildings looked like they had seen better days. But this spring Marriott’s The Luxury Collection finished its top to bottom restoration and redecoration of one of them, Matild Palace, making it the the latest selection in Beast Travel’s series on exciting new hotels, The New Room With a View. 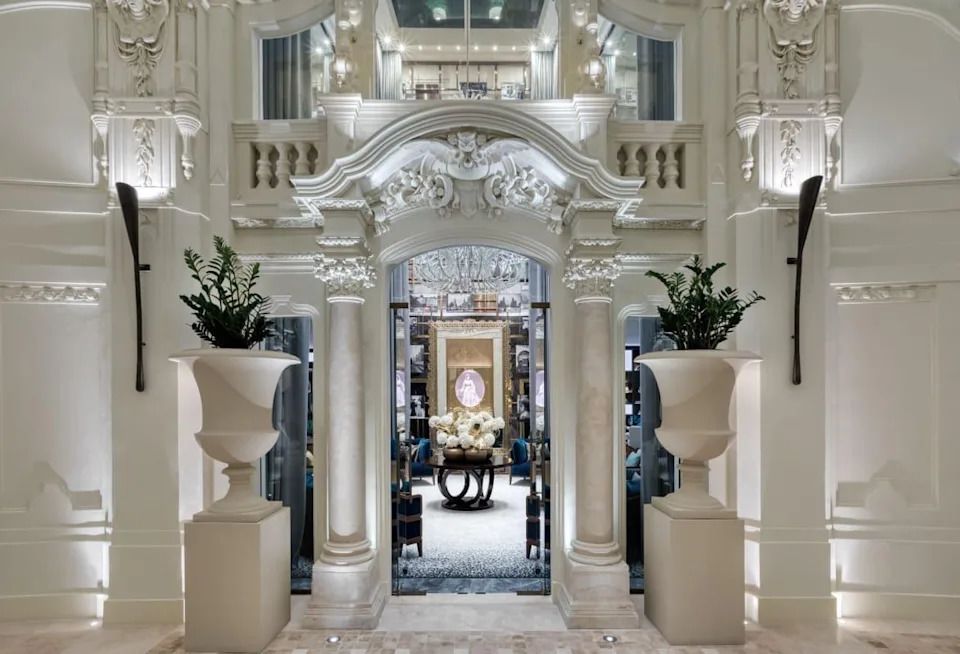 When you enter, you are welcomed with a massive Néo-Baroque iron framed entrance that leads to a lovely hall running the length of the building. You’ll be headed back here even after checking in at the front desk because the corridor also leads to Wolfgang Puck’s Spago restaurant and the Café Cabaret Matild.

Spago, of course, is Puck’s iconic Los Angeles restaurant that over the years has popped up all over the world, often in signature hotels. After spending a couple months in Paris before coming to Budapest, I must admit I didn’t mind getting some international food rather than something “local.” (And given how sweet a martini often is in Paris, to finally have a good one was a godsend.) I tried the signature smoked salmon pizza with caviar which, yes, was as good as it's been hyped to be. And there were some tastes of the region—I finished with an Austrian “crêpe-like” dessert, a reminder of the chef’s origin. 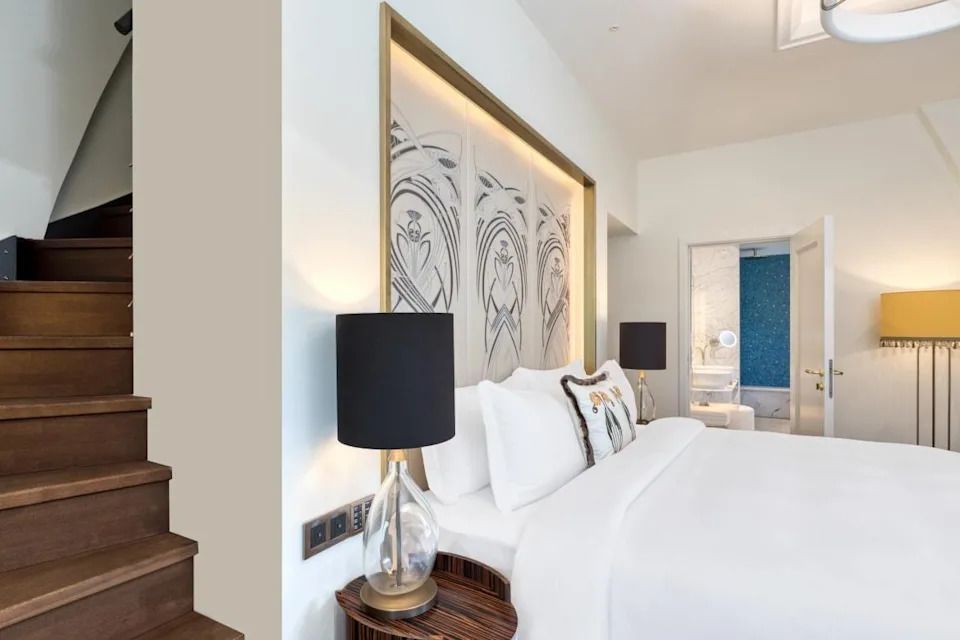 The Café Matild is another great reminder of the history of the building. Built at the same time as the hotel, it was a favorite of the author of Adventure of Sinbad, Gyula Krúdy, who would come often, making sure to have a table facing the action to write his novel about food, beverages, and women. Its physical restoration is hoped to be a restoration as well of Budapest’s famous café culture in the Belle Epoque era. At night it turns into a cabaret playing Hungarian and international shows. 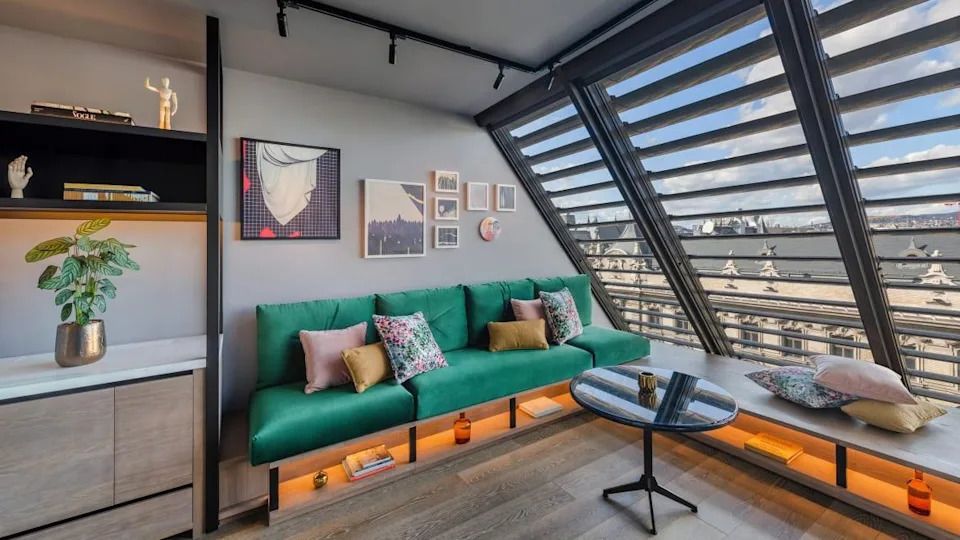 If you can, get one of the front-facing rooms, which provide views of the river and its bridge that become particularly spectacular at night. (Rooms start around $500 a night.) It’s a setting that I would recommend taking in while ensconced in a bubble bath in the cave-like bathroom covered in shiny blue and gold tile. The fourth-floor rooms were originally used as artists’ studios: Huge angled windows allow in lots of light and dramatic views. 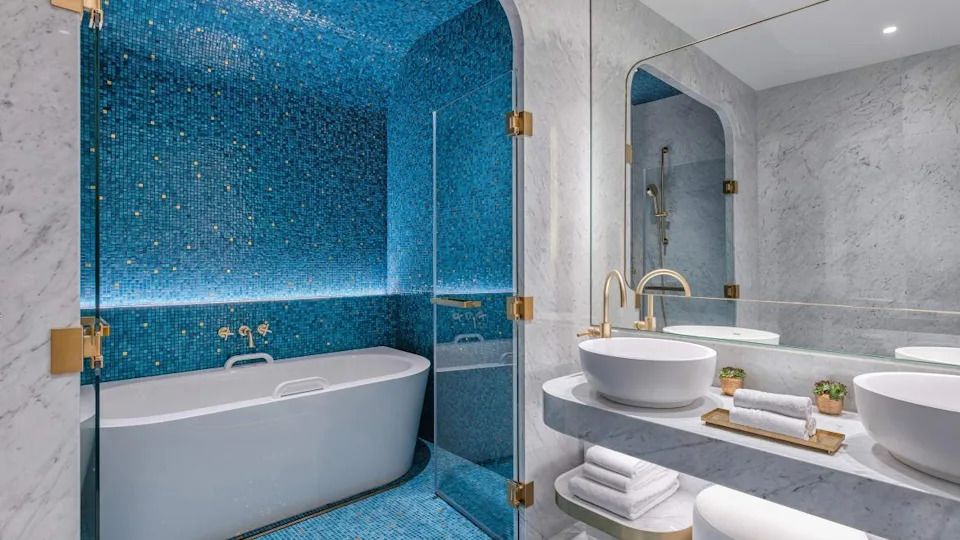 The hotel’s updated decor is what I would call decadent international—modern chandeliers, lots of white with pops of electric blue chairs and couches, and rooms with sleek wood accents and backlit headboards. While much of Budapest can still feel stuck in time, the hotel once you step inside is very much of the moment.

There’s no avoiding the ugliness of some of Hungary’s recent politics, and as a gay man it was very much on my mind during my visit, but Budapest will always be a must for travelers because of its beauty, and the restored Matild Palace will very much be part of that allure.