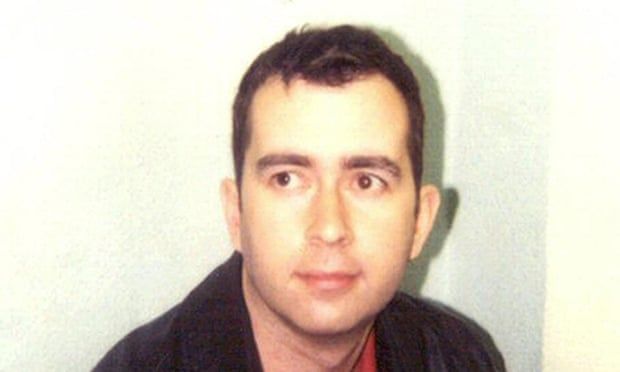 A British conman who was the subject of a Netflix documentary is on the run and facing possible attempted murder charges in France after injuring two police officers while fleeing a raid, local officials have said.

Robert Hendy-Freegard had been illegally breeding dogs while living in the French village of Vidaillat, according to the local mayor, Martine Laporte.

French workplace and animal rights inspectors, accompanied by police, carried out an inspection on Thursday at the remote house where he lived with his partner, Laporte told AFP.

According to French police, while officers were asking his partner to accompany them to the nearest station, Hendy-Freegard started his vehicle and hit two officers before fleeing. One required hospital treatment for a nose wound.

An investigation has been opened by the local prosecutors. Hendy-Freegard faces charges of attempted murder of a public official, which carries a maximum 30-year jail term.

Earlier this year, Hendy-Freegard was the subject of a three-part Netflix documentary The Puppet Master: Hunting the Ultimate Conman, in which the children of a woman believed to be his current partner said she had disappeared after meeting him.

In 2005, Hendy-Freegard was jailed for life by a London court in 2005 for deception, theft and kidnapping, although the kidnap charges were quashed on appeal and he was released from prison in 2009.

Neighbours said that Hendy-Freegard’s partner lived in “awful conditions” in the isolated house in the middle of the woods and was rarely seen in the village, unlike Hendy-Freegard, who made regular trips to Britain.

“She never went out, apart from in her small courtyard,” a neighbour called Serge told AFP. “I’ve been writing to the police, the prefect, the mayor’s office since 2017, but they didn’t take it seriously,” he added.

The couple’s dogs have now been taken into care by the French animal charity SPA.

During his London trial, the court heard that Hendy-Freegard was said to have lived by the motto “Lies have to be big to be convincing”. He persuaded his victims to believe he was a British intelligence officer and that they were on the run from terrorists.

Sarah Smith, one of his victims, recalled incidents such as being taken to a so-called “safe house” with a bucket over her head and having to hide in a cupboard to avoid visitors.