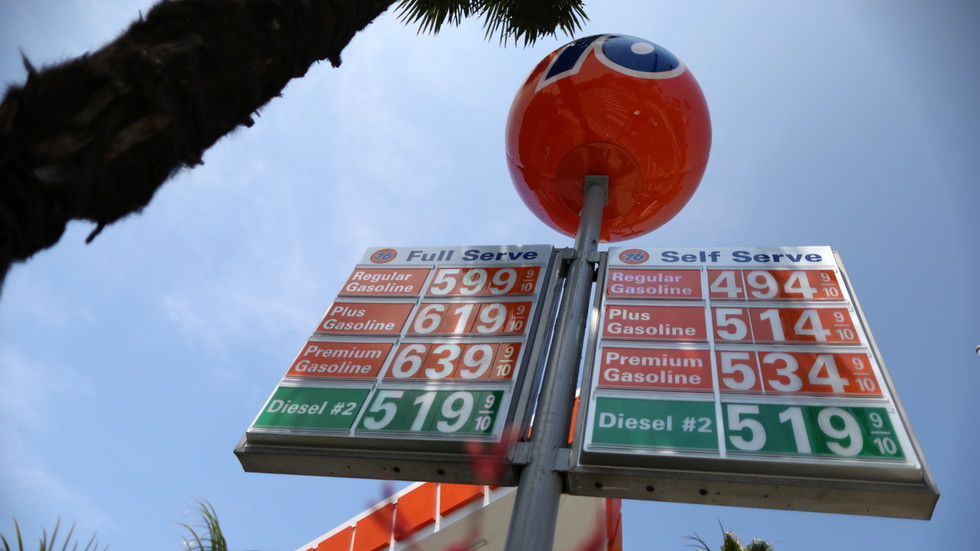 President Joe Biden has called out Russia and OPEC countries for causing US energy prices to rise, even as he implements policies to curtail domestic oil and natural gas production.

“If you take a look at, you know, gas prices and you take a look at oil prices, that is a consequence of, thus far, the refusal of Russia or the OPEC nations to pump more oil,” Biden told reporters on Tuesday at the COP26 climate summit in Scotland. “We’ll see what happens on that score sooner than later,” he added.

Prices for the leading US crude benchmark, West Texas Intermediate (WTI), have surged to around $84 per barrel from $48 per barrel since the beginning of 2021, contributing to the nation’s highest inflation rate in 13 years. Gasoline prices are at a seven-year high. The key natural gas benchmark, Henry Hub, is nearing $6/mmBtu in Nymex futures trading after starting the year below $2.50/mmBtu.

While the president pointed the finger at Russia and OPEC for failing to help bring down oil prices, he said that inflation more broadly is being spurred by the Covid-19 pandemic’s impact on supply chains. US Transportation Secretary Pete Buttigieg said on Sunday that the supply-chain woes will continue until the pandemic ends.

The Biden administration called on OPEC in August to help bring oil prices down, raising the ire of major US producers, who argued that he should be encouraging higher domestic supplies.

The day he took office in January, Biden revoked a federal permit for a new pipeline needed to bring more Canadian oil to US refiners. A week later, he suspended the leasing of new oil and gas properties on federal lands and waters as part of his plan to slash reliance on fossil fuels.

The US surpassed Russia and Saudi Arabia as the world’s largest crude producer in 2018 and became the third-biggest exporter of liquefied natural gas in 2019. That same year, the country achieved net energy independence for the first time since the 1950s – reaching a goal that many observers thought impossible.

But US oil and gas output stumbled last year amid the Covid-19 pandemic, and domestic volumes are projected to decline again in 2021.

Sid 29 days ago
Here you have a guy that chit his pants on TV while talking to the Pope blaming everyone but himself. Why do you think they cut the live feed on that chat. So Jill could go change joes diaper

Oh ya 29 days ago
The man is a retard. The 1st day he shuts down a pipeline. Trump had AMERICA energy self supporting and slow Joe and the ho stopped that. Now the ham sandwich blames Trump. The truth is known by anyone that has at least 2 working brain cells. Even ratings from the Democrats are dropping fast as they realize they have a retard as a party leader
View all comments (2)Add comment