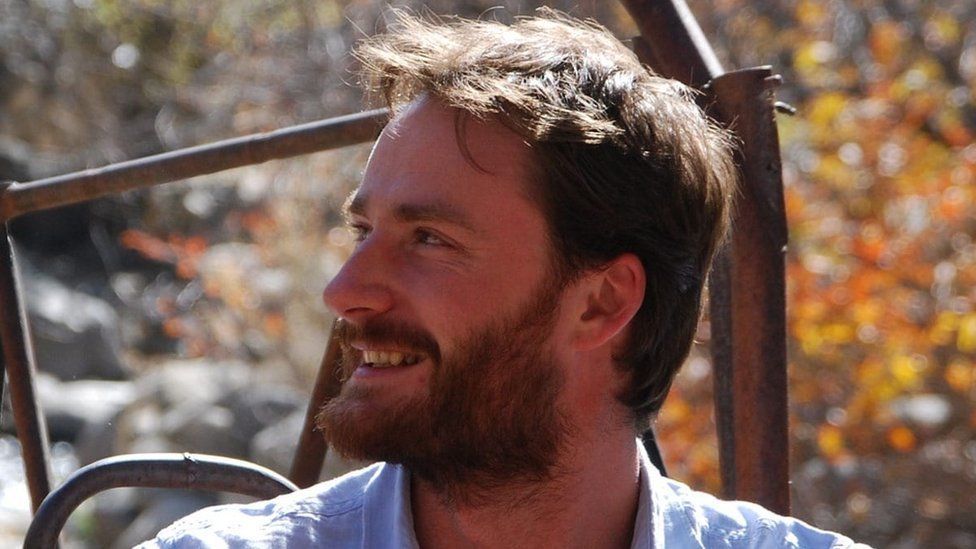 Iran has held Belgian aid worker Olivier Vandecasteele in isolation in jail for five months and his health is deteriorating, his friend has said.

News of his plight emerged on Tuesday when the justice minister revealed a Belgian citizen was accused of spying.

Belgian MPs are due to decide on Wednesday whether to back a law allowing prisoner exchanges with Iran.

"What I want is Olivier free, I don't care how it's done," his friend Olivier Van Steirtegem told the BBC.

While the Belgian government has not linked Vandecasteele's case to the proposed treaty with Iran, it came to light amid increasing political opposition to the plan to legalise prisoner swaps.

Several MPs and a group of former judges have warned that the treaty could set a dangerous precedent by encouraging Iran and other states to take innocent prisoners, with the aim of using them as a bargaining tool.

Members of the dissident Iranian community protested in Brussels on Tuesday against the plan.

Iran has pressed Belgium to release its alleged top intelligence official in Europe, Assadollah Assadi, who was given a 20 year jail sentence in Antwerp last year for plotting to bomb a rally by an exiled Iranian opposition group.

Iran holds a number of European citizens in its prisons, including Brussels university lecturer Prof Ahmadreza Djalali, who has dual Iranian-Swedish citizenship. An emergency medicine specialist, he was arrested during a business trip in 2016 and sentenced to death the following year after what human rights groups say was a grossly unfair trial on a charge of spying.

The planned prisoner exchange treaty was initially assumed to involve Prof Djalali, until news broke of the Vandecasteele case.

Ahead of a vote in parliament on Wednesday, Justice Minister Vincent Van Quickenborne said it was Belgium's "moral duty" to help Vandecasteele and return innocent Belgians to their families. "I can't say any more about it, also on the family's request... people's lives are at stake," he said. 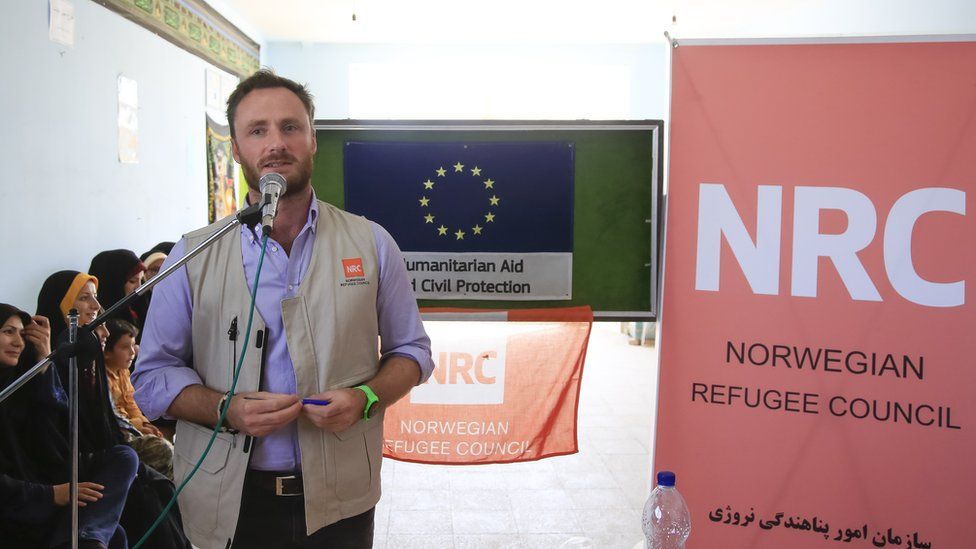 A close friend for over 20 years, Olivier Van Steirtegem told the BBC that the aid worker was arrested by the Iranian Revolutionary Guards and taken to Tehran's notorious Evin prison, where he has been allowed only two brief visits by the ambassador since he was arrested in February.

Vandecasteele, 41, had previously worked in Iran as country director for the Norwegian Refugee Council as well as other agencies, working closely with the Afghan community after working in Kabul. "He's purely humanitarian, not political... an innocent guy in jail," he said.

His friend said he had returned to Tehran in February to close down his apartment against Belgian government advice: "We need to put ourselves in his shoes: he was living there for five or six years - his life was there. He had to go back."

Information has been hard to come by but his friend said there was no bed or furniture in his cell and his health was deteriorating: "He's eating nothing but potatoes, lentils and sugar; he's lost 15kg and has an infection. The Iranians said he'd seen a doctor but the doctor couldn't speak English."

Earlier this year a British-Iranian national, Nazanin Zaghari-Ratcliffe, was released almost six years after she was arrested on spying charges while visiting Iran with her daughter. She too was held in Evin prison. Iran freed her after months of negotiations and after the UK paid a historic £400m debt.

Mr Van Steirtegem said he was in daily contact with his friend's family: "Anyone in Europe or the UK can understand being in this situation - he's done nothing wrong and is the object of a policy of blackmail," he said.

While he understood objections to the treaty in parliament, it was the only hope for Vandecasteele being released any time soon.

Among the MPs to object to a deal, Flemish Nationalist Peter de Roover said it signalled to "rogue states" that Belgians could be used as bargaining chips without doing anything wrong.