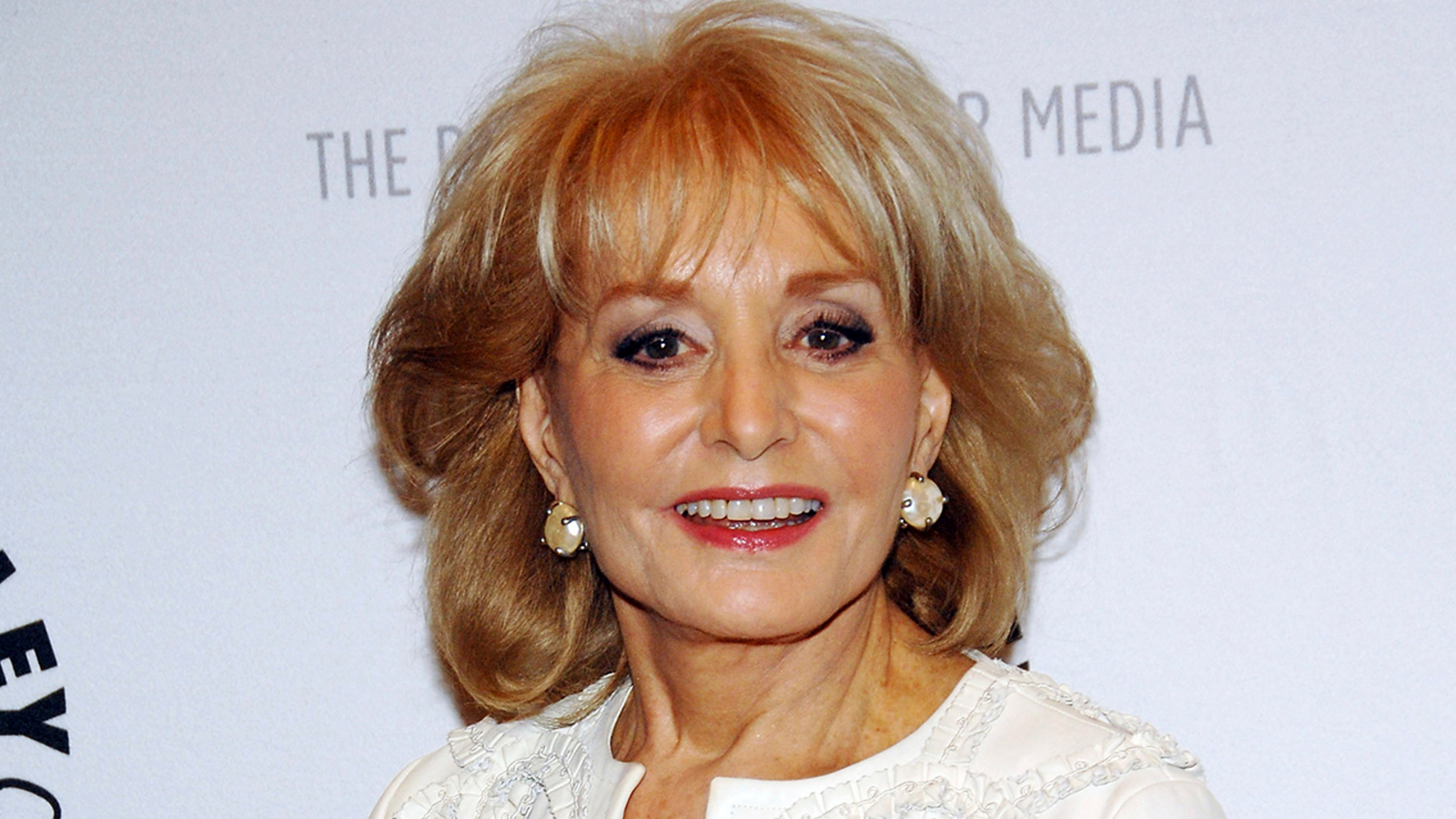 In a career that spanned five decades, Walters won 12 Emmy awards, 11 of those while at ABC News.

She made her final appearance as a co-host of "The View" in 2014, but remained an executive producer of the show and continued to do some interviews and specials for ABC News.

"I do not want to appear on another program or climb another mountain," she said at the time. "I want instead to sit on a sunny field and admire the very gifted women -- and OK, some men too -- who will be taking my place."

"I have sad news to share today. Barbara Walters passed away this evening at her home in New York. Barbara was a true legend, a pioneer not just for women in journalism but for journalism itself.

She was a one-of-a-kind reporter who landed many of the most important interviews of our time, from heads of state to the biggest celebrities and sports icons. I had the pleasure of calling Barbara a colleague for more than three decades, but more importantly, I was able to call her a dear friend. She will be missed by all of us at The Walt Disney Company, and we send our deepest condolences to her daughter, Jacqueline."

Her father worked in show business as a booking agent and nightclub producer, and discovered comedians Fred Allen and Jack Haley, who would go on to star as the Tin Man in the classic film "The Wizard of Oz."

Growing up around celebrities taught a young Barbara a lesson that she relied upon throughout her career.

"I would see them onstage looking one way and offstage often looking very different. I would hear my parents talk about them and know that even though those performers were very special people, they were also human beings with real-life problems," Walters said in a 1989 interview with the Television Academy of Arts & Sciences. "I can have respect and admiration for famous people, but I have never had a sense of fear or awe."

In her 2008 memoir "Audition," Walters revealed that she got her ambition to succeed from her older sister, Jacqueline, who was born developmentally disabled.

"Her condition also altered my life," Walters wrote. "I think I knew from a very early age that at some point Jackie would become my responsibility. That awareness was one of the main reasons I was driven to work so hard. But my feelings went beyond financial responsibility.

"Much of the need I had to prove myself, to achieve, to provide, to protect, can be traced to my feelings about Jackie. But there must be something more, the 'Something' that makes one need to excel," she added. "Some may call it ambition. I can live with that. Some may call it insecurity, although that is such a boring, common label, like being called shy, that means little. But as I look back, it feels to me that my life has been one long audition -- an attempt to make a difference and to be accepted."

After graduating from Sarah Lawrence College in Bronxville, New York, in the 1950s, Walters found work as a publicist and television writer, before landing a spot as a writer on NBC's "Today" show in 1961. She would become the program's first female co-host in 1974, and won her first Emmy award the following year for Outstanding Talk Show Host.

"No one was more surprised than I," she said of her on-air career. "I wasn't beautiful, like many of the women on the program before me, and I had trouble pronouncing my r's."

In her memoir, Walters wrote that she had dark hair, a sallow complexion and was often told she was skinny. She said her parents' term of endearment for her was "Skinnymalinkydin."

In 1976, Walters found a new home on ABC's "Evening News," making history as the first female co-anchor of an evening news program.

In her inaugural broadcast on Oct. 4, 1976, with co-anchor Harry Reasoner, Walters scored an exclusive interview with Earl Butz, who had just resigned as President Gerald Ford's Secretary of Agriculture after it was revealed he told a racist joke. She also conducted a satellite interview with Egyptian President Anwar Sadat on his plans to end his country's fighting with Lebanon.

At ABC, her interviews were wide-ranging and her access to public figures, unparalleled; Walters crossed the Bay of Pigs with Fidel Castro and conducted the first joint interview with Sadat and Israel's Prime Minister Menachem Begin. She also developed a reputation for asking tough questions.

"I asked Vladimir Putin if he ever ordered anyone to be killed," she once recalled. "For the record, he said 'no.'"

Upon the death of Castro in 2016, Walters released a statement saying the dictator had called her two interviews with him "fiery debates."

"During our times together, he made clear to me that he was an absolute dictator and that he was a staunch opponent of democracy," Walters said in her statement. "I told him that what we most profoundly disagreed on was the meaning of freedom."

There were lighter interviews, too. For years, she hosted an annual Oscars special, in which she interviewed Academy Award nominees and was known for making a number of them reveal deeply personal information and even cry. In 1994, she launched the "Most Fascinating People" special, which aired every December and afforded her the opportunity to chat with the year's top newsmakers.

In 1999, an estimated 74 million viewers tuned in to watch Walters interview Monica Lewinsky about the former White House intern's affair with then-President Bill Clinton. Toward the end of the interview, Walters asked Lewinsky, "What will you tell your children when you have them?" Lewinsky replied, "Mommy made a big mistake" to which Walters quipped, "And that is the understatement of the year."

Walters also interviewed every U.S. president and first lady from the Nixons to the Obamas. She interviewed President Donald Trump and First Lady Melania Trump before they entered the White House.

With "The View," she created a forum for women of different backgrounds and views to come together and discuss the latest hot topics in the news, a format that has since been widely imitated by other networks. In a May 2019 New York Times Magazine cover story, "The View" was deemed "the most important political TV show in America."

Walters was married four times to three different men (she wed Merv Adelson, a television producer and real estate developer, twice) and adopted daughter Jacqueline Guber with second husband Lee Guber, a theater producer and owner. She named her daughter after her sister, writing in her memoir that she "wanted Jackie to feel that she, too, has a child, because I knew by this time she never would."

"She keeps me sane, she keeps me grounded," Walters said of her daughter. "Children do that ... I think a lot of working women struggle with the job and being home and there's never a right answer. Whatever you do is wrong, but whatever you do will turn out eventually to be OK."

She was honored in 2001 with a wax portrait of her likeness at Madame Tussauds in New York City and in 2007 she was awarded a star on the Hollywood Walk of Fame.

After 25 years in television, she was inducted into the Television Academy Hall of Fame in 1989 and was presented the award by Peter Jennings, then the anchor and senior editor of ABC's "World News Tonight."

"In all the years that Barbara has spent covering the world, those of us who have moved along in her wake have done better because she was there first setting standards, and she has taught us all something," Jennings, who died in 2005, said at the time.

In 2000, Oprah Winfrey echoed Jennings' speech when she presented Walters a Lifetime Achievement Award from the National Academy of Television Arts and Sciences. "Had there not been Barbara Walters, surely all of the other women who have followed in her footsteps, including myself, could not stand where we stand and do what we do in this industry today," Winfrey said.

In her acceptance speech, Walters said, "I have been blessed with a life I never expected, and helping me up the steps of the ladder over the years have been hundreds of people."

Part of ABC News' Headquarters in New York was renamed "The Barbara Walters Building" in May 2014. During the ceremony, Walters accepted the honor, saying, "People ask me very often, 'what is your legacy?' and it's not the interviews with presidents, or heads of state, nor celebrities. If I have a legacy, and I've said this before and I mean it so sincerely, I hope that I played a small role in paving the way for so many of you fabulous women."
#Donald Trump
Add Comment 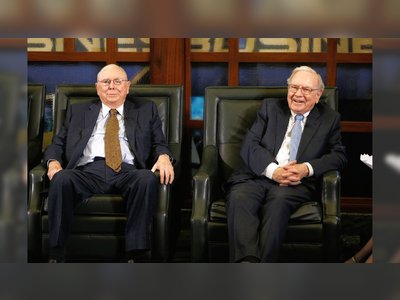 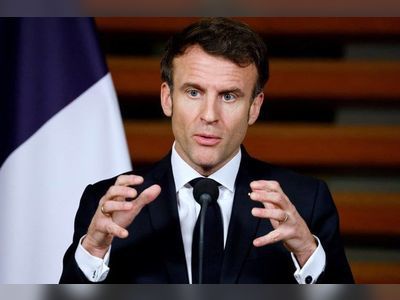 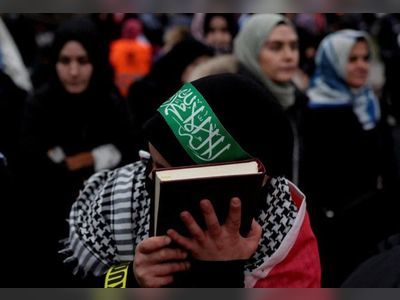 Norwegian police on Thursday banned a planned anti-Islam protest including the burning of a copy of the Qur'an this week for security reasons, hours after the Turkish foreign mi... 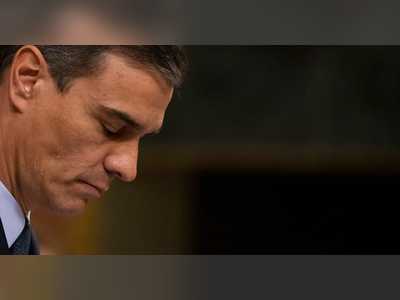 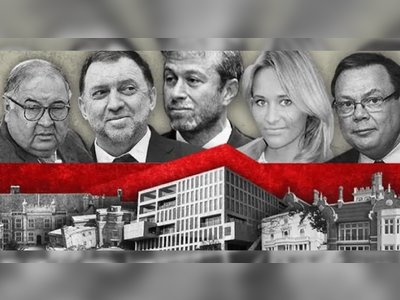 EU found a way to use frozen Russian funds

The EU will use it for rebuilding Ukraine. 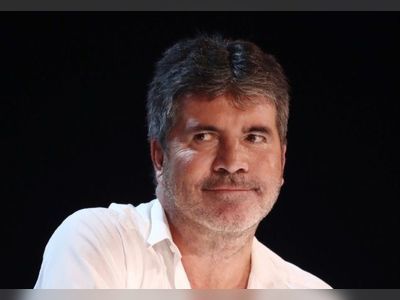