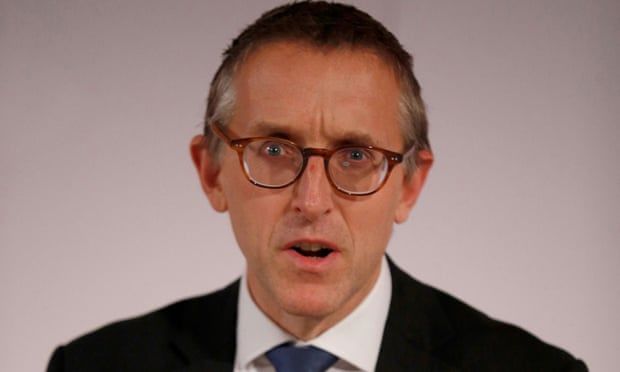 A deputy governor at the Bank of England has sounded the alarm on City deregulation, saying a proposed softening of the rules for finance companies would put billions of pounds of pension fund savings at risk.

Speaking out against a draft law championed by Rishi Sunak while he was chancellor, BoE deputy governor Sam Woods said the changes, which could allow insurers to reduce their cash reserves which are supposed to act as a buffer against sudden downturns, were “unbalanced”.

In a forceful intervention, Woods said: “Leaving the EU should not lead us to lower standards of financial regulation in the UK.

“Changing prudential regulations in the UK should not be simply a one-way street, particularly where that would mean weakening protections for business which serves groups such as pensioners.”

In addition to his role at the Bank, Woods is chief executive of the Prudential Regulation Authority, which polices banking and insurance companies.

Speaking at an online event on Friday, Woods said reform of insurance capital rules should not lead to weaker controls. “I worry that some might consider such a thing to be a free lunch, but in fact less capital, fewer checks and fewer restrictions on assets, with no steps to strengthen the part of the regime where that is needed, means more risk for pensioners and other policyholders.”

The Bank of England inherited regulation of rules governing the finance industry following the 2008 financial crash. It was widely recognised that the previous watchdog had allowed banks and insurers to cut their reserves, leaving them with little capital in a time of crisis.

With the Treasury, the BoE set up the Prudential Regulation Authority, which oversees 1,500 City firms, to take a tougher line.

Changing insurance rules known as Solvency II that were inherited from the European Union is seen by the government as a key Brexit “dividend” for Britain’s financial industry.

Jacob Rees-Mogg, the Brexit opportunities minister, has called for a rewriting of EU financial rules to trigger an “investment big bang” in Britain powered by the City of London.

However, the pace and substance of the reform has dismayed insurers at a time when the EU has pressed ahead with its own amendments.

A draft UK law was due to be unveiled this month to implement insurance and other reforms, but rows between No 10 and the Treasury forced the legislation to be delayed.

“The world won’t implode if we don’t have a City minister for a day or two. I think we are going to get one very soon,” Woods said.

“It may of course be the case, given the political situation, that the government needs to take a bit longer to take decisions,” Woods said.

The draft law gives the Bank powers to change Solvency II in a way Woods said would release the equivalent of 10-15% of the current capital held by life insurers, which could support between £45bn and £90bn in additional investment in the economy.

The Bank has proposed amending three core parts of Solvency II to make it easier for insurers to invest in long-term assets like infrastructure to help Britain meet net zero targets.

Woods said there was general agreement on two of them, but there was opposition to the third, which relates to the so-called matching adjustment (MA), which allows insurance companies to recognise future income from investment returns as current capital.

“In our view, a package which did not tackle the issues we have identified with the matching adjustment would be seriously unbalanced,” Woods said.

It would remove those elements insurers wanted to jettison, he said, adding that the MA already accounts for capital relief equivalent to two-thirds of the entire capital base of the life insurance industry.