The EU believes damage to the Nord Stream gas pipelines last month was the work of sabotage and suspicion has fallen on Russia, but it is not known for sure who was responsible.

A deliberate attack on NATO energy supplies will be met with a "united and determined response", the alliance's chief has vowed.

Secretary-General Jens Stoltenberg pledged to boost protection of critical infrastructure in response to the damage to the Nord Stream gas pipelines.

The EU believes three leaks in the pipelines last month were the work of sabotage and suspicion has fallen on Russia, but it is not known for sure who was responsible.

Mr Stoltenberg said NATO has doubled its presence in the Baltic and the North Sea to more than 30 ships supported by aircraft and undersea activities.

In a speech on Tuesday, he also said the alliance is monitoring Russia's nuclear forces closely as the country was "losing on the battlefield" in Ukraine.

Meanwhile, Moscow has issued a fresh warning to the West over its involvement in the Ukraine war.

In the comments reported by the state-owned RIA news agency, he said: "We warn and hope that they realise the danger of uncontrolled escalation in Washington and other Western capitals." 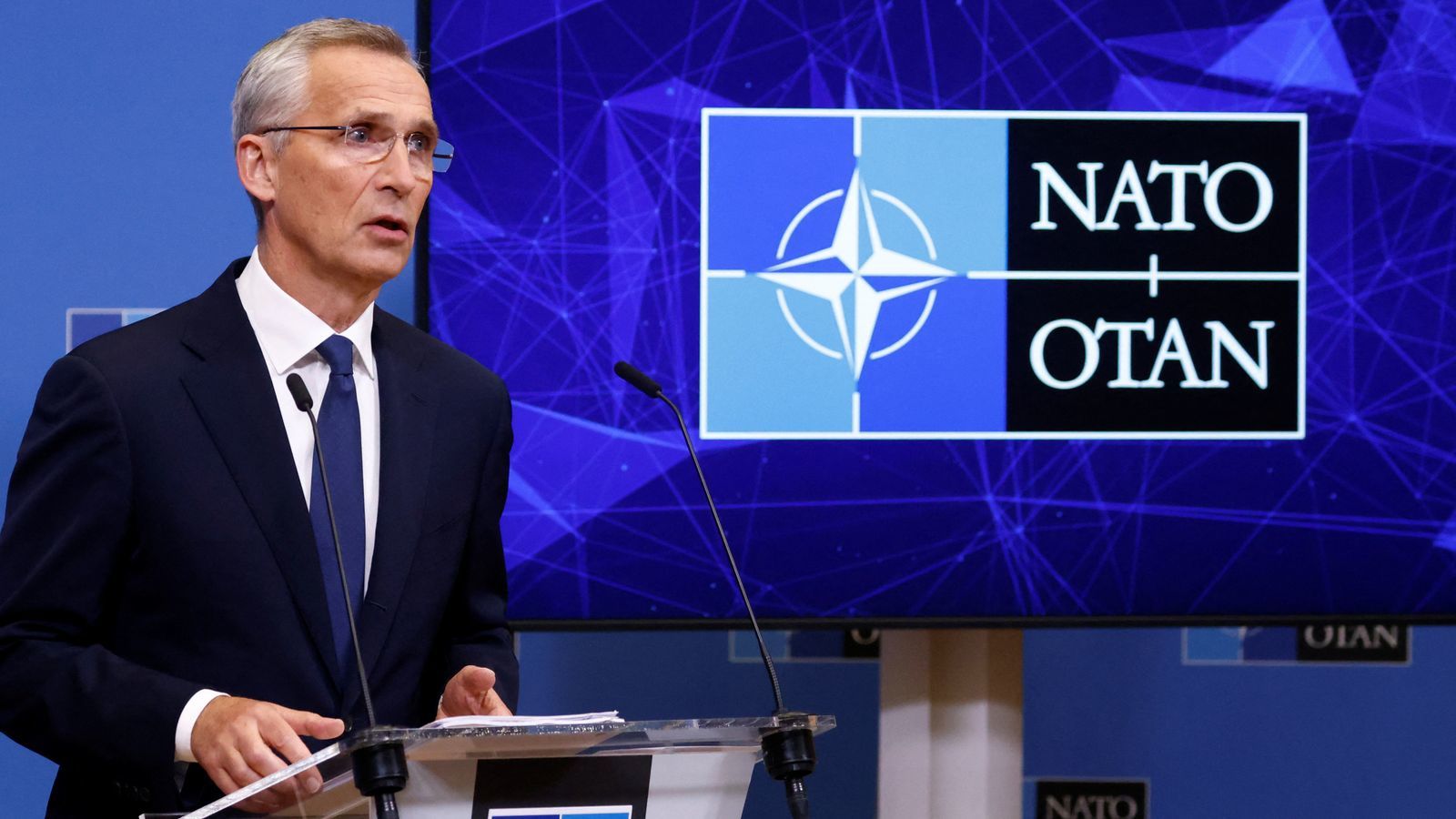 Russian bombs have rained down on Ukraine, killing at least 14 people on Monday.

Vladimir Putin said the strikes were in retaliation for its "terrorist action" against Russian territory - the attack on the Kerch Strait Bridge in occupied Crimea - but Ukraine has rejected this claim of "provocation".

Ukrainian President Volodymyr Zelenskyy has vowed to make the battlefield "more painful" for Russian troops in response to the rocket attacks and said air defence was the "number one priority".

Despite remarkable Ukrainian battlefield successes - both early on in the war with the defence of Kyiv and more recently with counterattacks in Kharkiv and Kherson regions - the war could continue for decades to come, one expert said.

Sky News security and defence analyst Professor Michael Clarke said the war is likely to be a "generational struggle" and could be a "forever conflict" until "something changes in European security or Russia".

Mr Clarke said the current crisis in Ukraine was the "second war" and the first war was witnessed in 2014 when Russia annexed Crimea.

"We're dealing here with an existential struggle because the Russian establishment thinks that Ukraine has no right to exist and they won't change their mind in the short-term.

Oh ya 58 days ago
Hard to pile the BS much higher than it is in this hit piece. Notice that panatimes never posts were it gets these types of stories from. Gives no credit to the left wing news it uses as sources
View all comments (1)Add comment