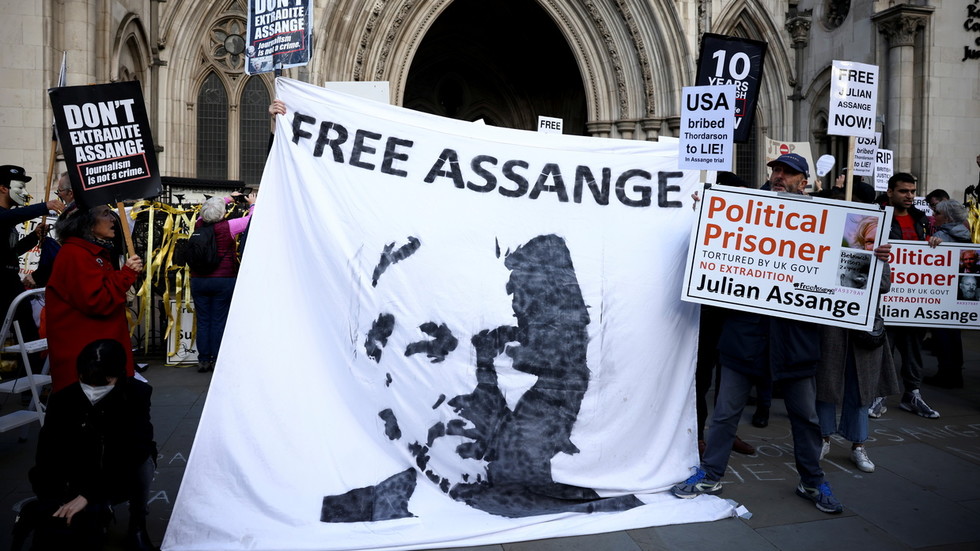 WikiLeaks co-founder Julian Assange and his fiancée, Stella Moris have opened legal proceedings against the UK justice secretary and a prison chief, demanding that they be allowed to get married in Belmarsh Prison.

“We are suing because creepy elements of the UK government are illegally blocking and delaying our marriage by effectively giving the US government veto power,” Moris tweeted on Sunday.

Assange, who is locked up in Belmarsh, and Moris have been engaged for five years and have two children. Since May, they have been asking prison officials to arrange a wedding ceremony, but have received no reply. They have now brought legal action against Justice Secretary Dominic Raab and Belmarsh Governor Jenny Louis on Friday for preventing them from getting married.

“A wedding would be a moment of happiness, a bit of normality in insane circumstances,” Moris told the Daily Mail. “Julian needs things to hold on to because daily life is a struggle for him in Belmarsh and there is so much uncertainty about his future.”

“Our love for each other is the one thing which has carried us through and being married would be another bulwark in our emotional defences,” Moris said.

Assange is fighting an extradition request from the US, where he is charged with revealing state secrets, including the footage of American soldiers killing civilians in Iraq. He spent seven years hiding in the Ecuadorian Embassy in London until he was evicted in 2019.

The UN special rapporteur on torture, Nils Melzer, has repeatedly expressed concern over Assange’s declining health, and said he has shown symptoms “typical for prolonged exposure to psychological torture.”