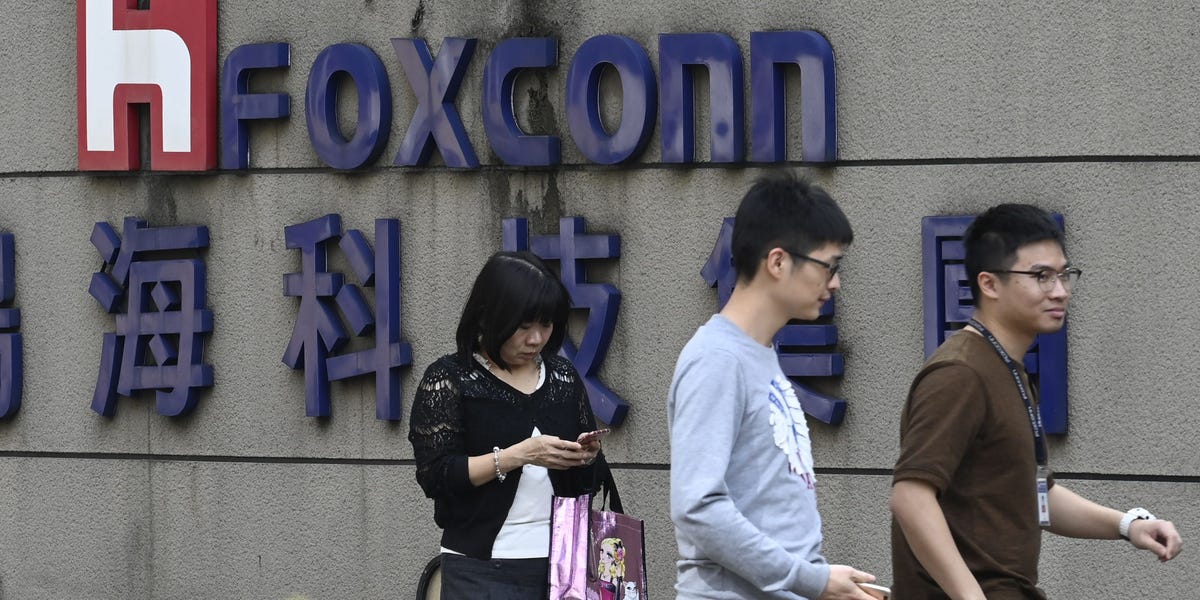 Apple is accelerating plans to move production out of China as protests and riots intensify in response to zero-Covid policies, report says

The company is ramping up efforts to shift manufacturing to other Asian countries like India and Vietnam in order to distance itself from Foxconn.
Apple is pushing to expedite a pivot away from manufacturing in China, as protests swell over the country's strict zero-Covid policies and riots thwart production.

The technology giant is ramping up efforts to shift production to other Asian countries like India and Vietnam in order to distance itself from Foxconn, one of the company's top suppliers and operator of the world's largest iPhone factory in China, according to the Wall Street Journal.

While the move has been planned for months, after shifting COVID-19 policies enacted by the Chinese Communist Party first began to threaten production earlier this year, sources told the Journal that recent uprisings at the Zhengzhou plant are propelling Apple into action.

In November, the area known as "iPhone City" erupted into violent protests among employees over withheld pay and strict zero-Covid policies that prompted a lockdown in Zhengzhou. As demonstrations grew, Foxconn, which employs upwards of 300,000 factory workers, offered workers $1,400 to quit their jobs, and later, $1,800 bonuses to stay to retain its hemorrhaging workforce.

The protests, which coincided with the start of the holiday shopping season in the US, have led to significant supply chain issues and shortages of Apple iPhone products. The company is expected to have a shortfall of 6 million iPhone Pros alone as a result of the demonstrations, according to Bloomberg.

The turmoil's impact on Apple's bottom line has led to a sense of urgency to diversify production away from China, which has long dominated manufacturing for the company. However, the economic slump and slowed hiring is proving challenging to outsource production and forge partnerships with new suppliers, the Journal reported.

"Finding all the pieces to build at the scale Apple needs is not easy," Kate Whitehead, a former Apple operations manager and owner of a supply-chain consulting firm, told the WSJ.

According to the Journal, Apple plans to source up to 45% of iPhone production from factories in India, where it currently manufactures in just the single digits, and to ramp up manufacturing of products like computers, watches, and AirPods in Vietnam.

"This last month in China has been the straw that broke the camel's back for Apple in China with the head-scratching zero-Covid policy untenable with major strategic changes ahead for Cupertino in this key region," Ives Wedbush Securities analyst Daniel Ives wrote in a note to clients.
#COVID-19  #Covid
Add Comment