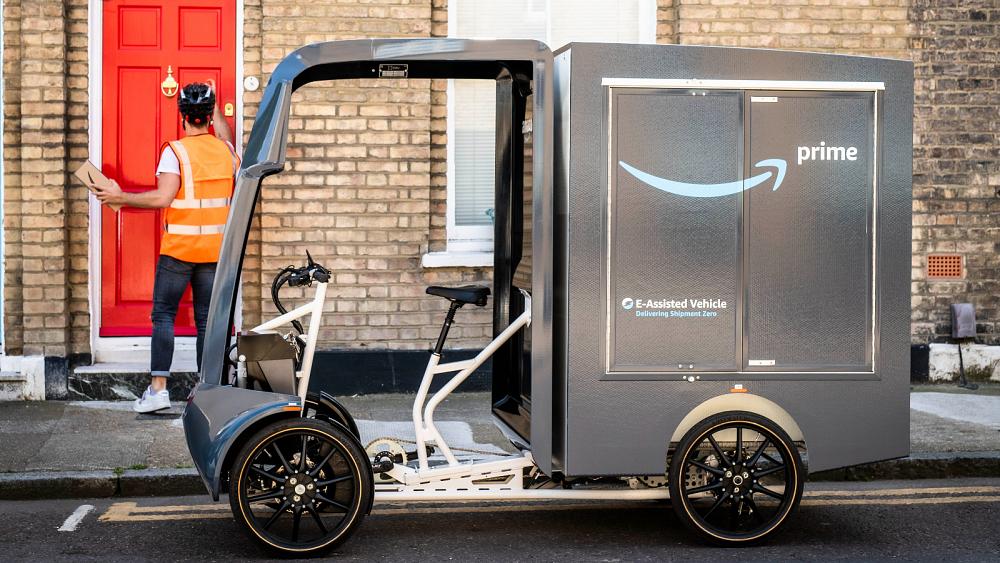 Your Amazon parcels could soon come with a lower carbon footprint.

Amazon has announced the launch of its first fleet of electric cargo bikes and a team of on-foot delivery staff to replace thousands of traditional van journeys on London’s congested roads, a first in the UK for the delivery giant.

The online retailer said its “micromobility” hub in Hackney, along with 1,000 electric vans, will make more than five million deliveries a year across 10 per cent of London’s ultra-low emissions zone.

A spokesperson said the company would open more micromobility hubs in the UK by the end of the year but did not provide further details.

The move is part of Amazon’s pledge to deliver half of its shipments with net-zero carbon emissions by 2030, and all of them by 2040, 10 years ahead of the Paris Agreement’s target for carbon neutrality.

“Amazon is driving towards a global net-zero carbon future. One way we’re doing that is through the transformation of our transportation networks,” John Boumphrey, the UK Country Manager at Amazon, said in a statement.

“Our new e-cargo bikes, walkers, and growing electric vehicle delivery fleet will help us make more zero-emission customer deliveries than ever before across London and the UK in the coming months”.

Amazon’s e-bikes will be operated by a variety of partner businesses, not directly by the e-commerce titan.

Amazon is rolling out on-foot and cargo bike deliveries more widely across Europe.

As of November last year, two-thirds of Amazon deliveries to customers in Paris were achieved with zero-emission last-mile transportation, as the company expanded its fleet of e-vans, bikes, and foot deliveries from micro-hubs in the French capital.

The company says it has also reduced travel distances as deliveries depart from Amazon hubs located closer to customers across Paris.

In addition to this, other partners providing services to deliver parcels to Amazon customers, including those from La Poste Group or Colis Privé, are also independently engaging in their own carbon reduction initiatives.

Amazon says it plans to introduce micromobility initiatives in other cities across France.

The company says it is working to launch zero-emission deliveries across Europe and building “the most sustainable transportation fleet in the world”.

Amazon’s fleet is already comprised of thousands of electric and natural gas vehicles, including e-cargo bikes making deliveries in five French cities as well as seven German metropolitan areas, and electric scooters on the streets of various cities in Italy and Spain.

While the delivery giant ramps up its efforts towards zero-emission deliveries, it also points to an independent study it commissioned last year, which found that online shopping results in 50 per cent less greenhouse gas emissions than physical retail and generates at least four times less traffic than when consumers drive to stores with individual cars. 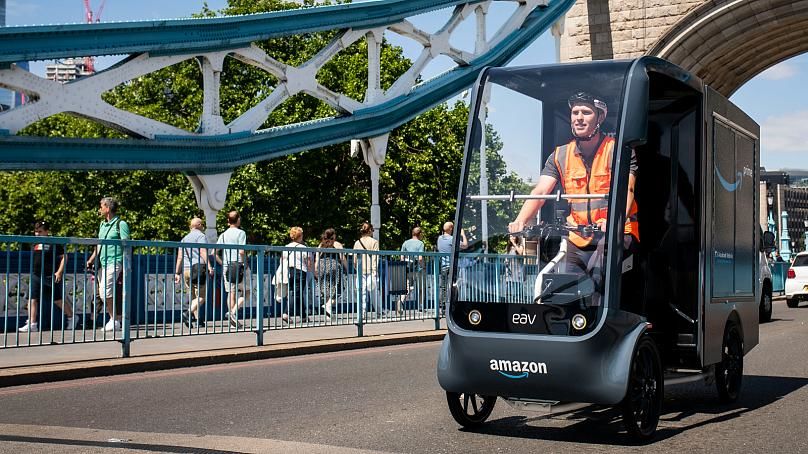 Amazon benefited from the pandemic delivery boom which saw sales grow, but the tech giant has come under pressure from climate groups to reduce emissions and set a leading example for other businesses.

The company has also unveiled plans to roll out more than 30,000 solar panel installations at facilities in Manchester, Coalville, Haydock, Bristol, and Milton Keynes before the end of this year, to help power those facilities with renewable energy.

The online retailer said it would double the number of on-site solar energy projects in the UK by 2024, as part of its plan to power its operations exclusively with renewable energy by 2025.

Commenting on the news, the UK’s energy minister Greg Hands said: “It is great to see Amazon taking the lead in moving away from expensive fossil fuels. This is a fantastic vote of confidence from Amazon in British energy security, renewables, and electric vehicles, and a huge boon for green jobs across the UK”.