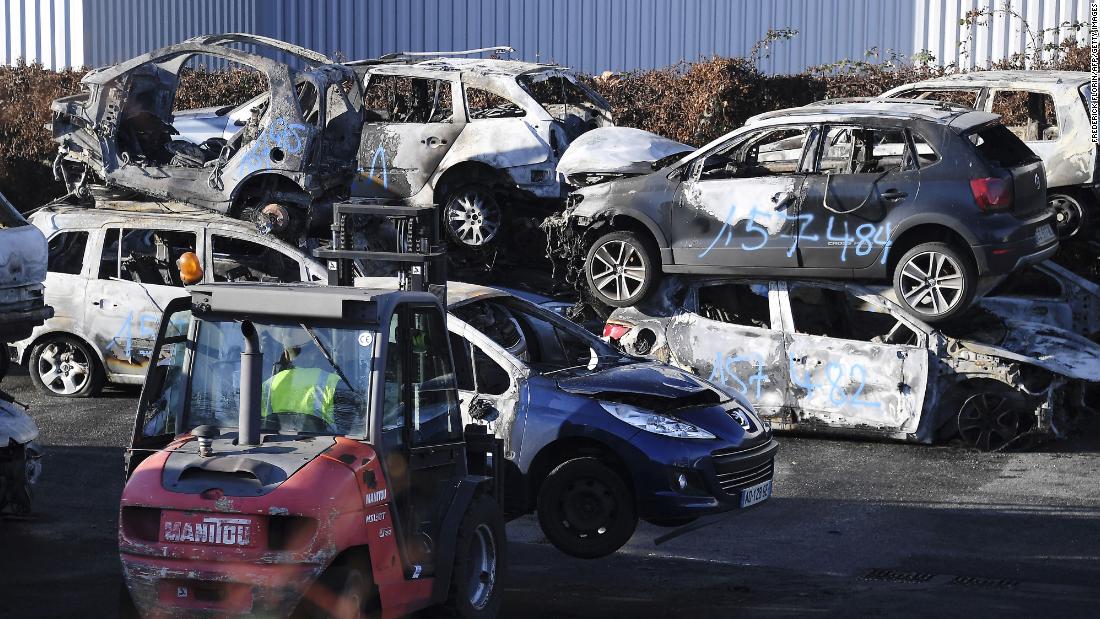 874 cars were torched in France on New Year's Eve

A total of 874 vehicles were set ablaze across France on New Year's Eve as part of a decades-old tradition.
But with coronavirus-related restrictions in place, that figure is lower than in previous years, according to Interior Minister Gérald Darmanin.

A total of 1,316 cars were set on fire in 2019, according to a press release issued by the Interior Ministry on Saturday.

However, more people were taken in for questioning than in previous years, with 441 brought in compared to 376 in 2019.

In Strasbourg, northeastern France, 31 people were taken in for questioning after vehicles and trash cans were alight.

Six of those questioned were minors who broke curfew while the rest were linked to alleged arson, according to authorities in Strasbourg who also confirmed that four police officers suffered from minor injuries.

Despite coronavirus restrictions, in central France's Yonne department, authorities said an illegal party with 1,500 people was still underway as of Saturday midday local time with police forces on site attempting to control the situation, authorities said in a statement.

An investigation will be opened for "illegal organization of a festive musical gathering," the statement added.
#Coronavirus
Add Comment