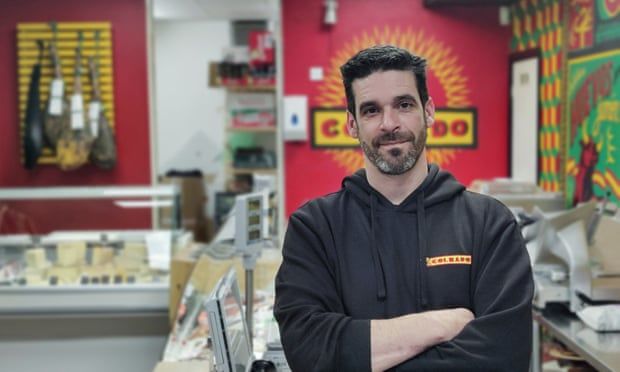 After a few minutes in the queue spent eyeing up the best on offer at the local deli, it is decision time.

Maybe some of the wonderful Parma ham from Italy? With a few slices of Spanish chorizo? And a piece of brie from that farm in Normandy … oh, and definitely some of the black olives from Greece.

The government may be making light of new and burdensome Brexit rules and regulations affecting imports to Great Britain from the EU that came into force on 1 January, but organisations representing small UK firms are not. The firms are worried about the impact on their businesses – and about the choices that will be available to their customers at their favourite specialist stores – on the high street.

The Federation of Small Businesses cites local delicatessens, many of which import from small specialist suppliers in the EU, as the type of operators that could be adversely affected.

“The classic example is your high street deli that is importing delicacies like, say, chorizo from Spain or parmesan from Italy,” says James Sibley, the federation’s head of international affairs. “For them, the thought of having to register for these systems is daunting and the process is expensive, so we’ve a lot of concern there. For those small businesses directly affected, we have picked up a lot of worry.”

The hit to small EU exporters to the UK could be similar to that experienced by UK exporters to the EU over the past year, many of which simply gave up selling goods to the continent because post-Brexit export rules made it too much of a bother and too expensive to carry on.

From the beginning of last year UK exporters faced extra paperwork, and added costs, and their customers were stung by resulting higher prices – despite the claims by Boris Johnson, Michael Gove and other Brexiteers that leaving the EU would reduce regulation and lead to lower prices.

Now, Sibley says, the effects could be similar for small importers to those that faced UK exporters in 2021.

“It is the inverse of what has happened to UK exporters over the past year. We know that a fifth of our exporting members have stopped exporting to the EU, because of that disruption.”

Rules that came into force January 1 require businesses (in most cases those receiving the goods in the UK, but in some those sending them here) to notify the customs authorities of precisely what is being sent to Great Britain from the EU, and from where. The rules were in effect waived throughout 2021. The process will require the exporter to acquire and then submit an Eori number (economic operators registration and identification number) to their UK customers so the importers can then input a lot of data and send it off to the UK authorities.

If the goods arrive with incomplete paperwork, they can be seized, confiscated or sent back.

Sibley says there is evidence that many EU exporters are unprepared for what is about to hit them.

“What we are hearing is that there are some EU traders who are not ready for any of this even to the extent of not having this number, so that is a concern.”

Then on 1 July this year, more regulations and checks will come in. “From then, exporters will also need export health certificates or veterinary certificates if they are exporting products of animal origin or foodstuffs. That is a point at which some EU exporters might just say, ‘You know what, forget this. It is not worth the hassle’.”

Sibley adds: “Also in July you will have physical inspections of goods at border posts in the UK, so again that could lead to delays because you will essentially have a vet with a clipboard going through the lorry saying ‘this is right, this is fine, (or not)’.”

Business groups say the problems will affect mainly smaller operators, as bigger concerns can afford to pay customs agents or freight forwarders to handle the paperwork for them. 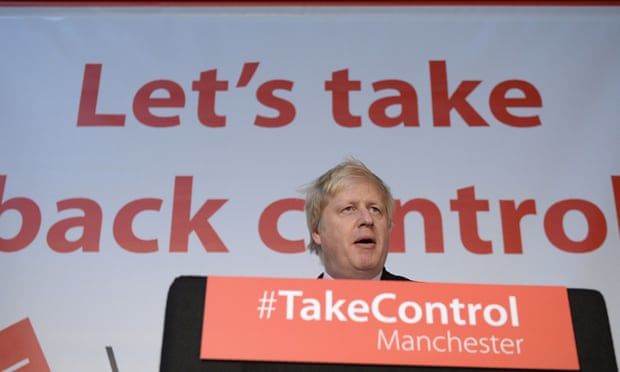 Boris Johnson, seen addressing a Vote Leave rally in 2016, was among the prominent Brexiters who claimed that leaving the EU would reduce regulation and lead to lower prices.

On UK high streets, some shop owners are already worrying about gaps appearing on their shelves in 2022, and about rising prices.

“Logistics problems have increased during the past year already because of the havoc coming into England,” he says. “So I imagine in January we’re going to see even more delays, because if a lorry driver needs to sit in the border for six hours or more, we will need to pay his wages. We are paying customs agents in Spain and here to input the information [required for import], which increases the price as well.”

Pavon, 41, has already put his prices up – and expects to have to do so again in 2022. “They are still going up and you will see an increase and an increase,” he says. “Someone is making money along the way but you and me are going to have to pay for it.”

The wholesalers supplying delis and specialist food shops have similar worries. Reading-based Cotswold Fayre, which supplies hundreds of premium food lines, including European favourites such as stollen and panettone, to independent retailers throughout the UK, has been forced to budget for delays and cost increases on imported goods instead of investing in creating new jobs.

“It’s not what we want to do – I would rather spend on starting another shop, but if we have to we will [absorb extra costs],” says Paul Hargreaves, the company’s founder.

Hargreaves, who recently met his local MP, Alok Sharma, feels that the government does not understand the impact of Brexit on British businesses. “[Ministers] are not in the real world. They think things are a lot easier than they actually are. That is highly frustrating,” he says.

“If they had to experience it for themselves, perhaps there might have been a bit more effort to do a better Brexit deal. The perception is that the ideology [of Brexit] is more important than the practicalities to businesses in the UK.”