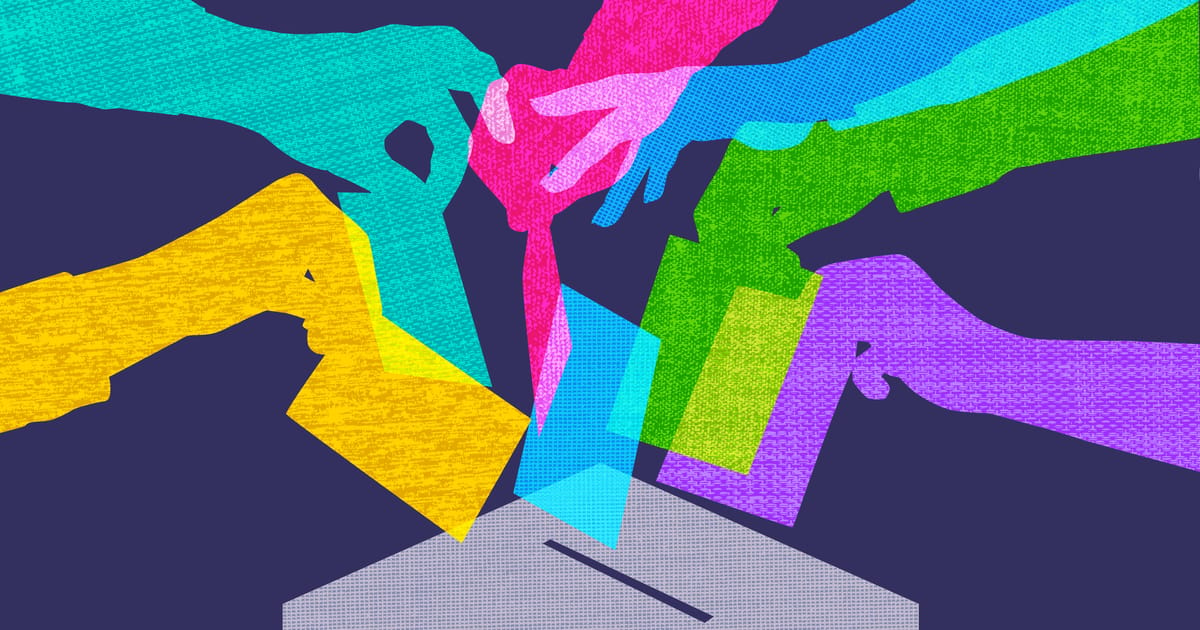 The West must choose representative democracy — not sortation

The founder of National Review and godfather of the American conservative movement William F. Buckley once said that he would rather be governed by the first 2,000 names in the Boston phone book than by the faculty of Harvard University.

When a generation of government employees and political appointees left Harvard’s school of government for Washington and flitted between the two in the 1960s, they brought America the Vietnam War.

By contrast, the ancient Athenians — so admired by the founders of the United States —were ruled by a boule, or a council, where the positions were filled by lot. The same went for Athens’ courts, and Roman juries after the founding of their republic.

There’s something romantic about this notion of a non-representative democracy, of government formed by citizens rather than their elected delegates — so romantic, in fact, that it’s making a comeback.

This is the idea of “sortation,” of replacing ordinary electoral democracy, in which the great mass of people cast their ballots, with more specific rule by specially — or randomly — selected citizens.

The idea will soon get a treatise in “The Keys to Democracy,” originally written by the late classicist Maurice Pope and turned down by his publishers for being too utopian. The book has been lovingly retyped and edited by his sons Hugh and Quentin, and will appear early next year.

Interestingly, however, what was once be dismissed as an exercise in magical thinking and rank historicism now has some wind behind it. In France, for example, President Emmanuel Macron made citizens’ assemblies a key part of his reformist pitch — just as he convened councils of local mayors to form an assembly to judge his response to the COVID-19 pandemic and the like.

Macron has also newly mulled the creation of a citizens’ assembly to discuss the future of voluntary euthanasia.

Meanwhile, in Britain, climate activists — perhaps cognizant of how deeply unpopular their more radical “degrowth” plans really are — are demanding that parliament, the voice of the people, be replaced by a ”citizens’ assembly” to decide national policy. Something which, no doubt, they hope could be shaped to be more open to deindustrializing than the population and its elected representatives.

Meanwhile, the United Kingdom’s prime ministers are being chosen by ever-smaller groups of Conservative voters, Conservative Party members and Conservative members of parliament — or sometimes just whoever happens to be in the room with candidates like Rishi Sunak and Boris Johnson when they argue the toss.

And look how well that keeps working out.

Hugh Pope says that politicians are bad — and I do not disagree. “When I did occasionally admire a politician, it was because of their achievements in life or the charisma of their personality, not because I felt that they deserved to be in charge of so many details of other people’s lives,” he writes. Nothing necessarily wrong with that.

Ancient Athens was a small, homogeneous society
Similarly, the voting in democratic elections might look reasonable, Pope notes, but it’s often less than spotless in countries like Turkey and Malta. And if you thought ballot initiatives and plebiscites were the answer, you’re wrong — the public can’t be trusted to adjudicate on the sorts of one-issue questions generally put in referendums, he says.

A randomly selected group or ordinary people is, therefore, the sweet spot — much like an Athenian jury. It has the theoretical flavor of democracy, and the comforting ordinariness of the common man. No politicians, no lobbying — lovely, Pope argues.

But there are problems with this. Can we really run a country of tens of millions like a city-state 2,400 years ago?

Athens, after all, was a small, largely homogeneous society. And although a cosmopolitan port by Greek standards, it didn’t play host to a people that spoke 100 languages, espoused tens of different religions or represented the serious diversity inherent in any reasonably prosperous and complex modern state.

Instead, Athens was a place where about 95 percent of the population — women, children, slaves and foreigners — had no say in their own governing. And even when the adult male population was energized and fully participant, their polis voted to go to war roughly once every two years and — some classicists might argue — was eventually destroyed by its own hubris, not least when it came to believing in the unique genius of its system of government.

It’s not as if we failed to try to run institutions with small groups of ordinary people before.

The British state regularly tries holding “consultations,” which are entirely worthless and are monopolized by entrenched rent-seeking interests, as well as individuals with too much free time. Local political parties are often run by members who can — in some democracies — be numerous and proudly, profoundly ordinary. But what tends to happen in these circumstances? The extremes normally enjoy a prominence far greater than their numerical strength.

They hold their opinions more firmly and with more fanaticism than the general public. They have a stronger vanguardist impulse, and hate their enemies more than most people care about anything. The risk is that the nutters will dominate — self-selecting, even if selected by lot — because everyone else has things to do on the weekends.

The problem with socialism, as Oscar Wilde — a political radical himself — said, is that it takes up too many evenings. That’s the problem with the citizens’ assemblies too.

For example, supporters of former Labour Party leader Jeremy Corbyn — who was, no matter what Twitter says, considered politically extreme by most of the public — were caught on video saying his leadership gave them a reason to get up in the morning. But the average person doesn’t require motivating in that way. They’ve got football to watch or children to look after or dinner to cook.

In a representative democracy, those are the people who tend to win. Corbyn’s Labour, meanwhile, was smashed in the general election of 2019, receiving the party’s lowest share of the vote since 1931. But in a group of citizens selected by lot, people cannot be voted out like that — there’s no accountability when things go wrong.

There is no doubt the coming century will be a battle between democracy and autocracy. But while the United States President Joe Biden is trying to build a global coalition of democracies to save the world, it’s important to remember that committees rarely have vision and countries obsessed with sortation are likely to be inward looking and self-obsessed.