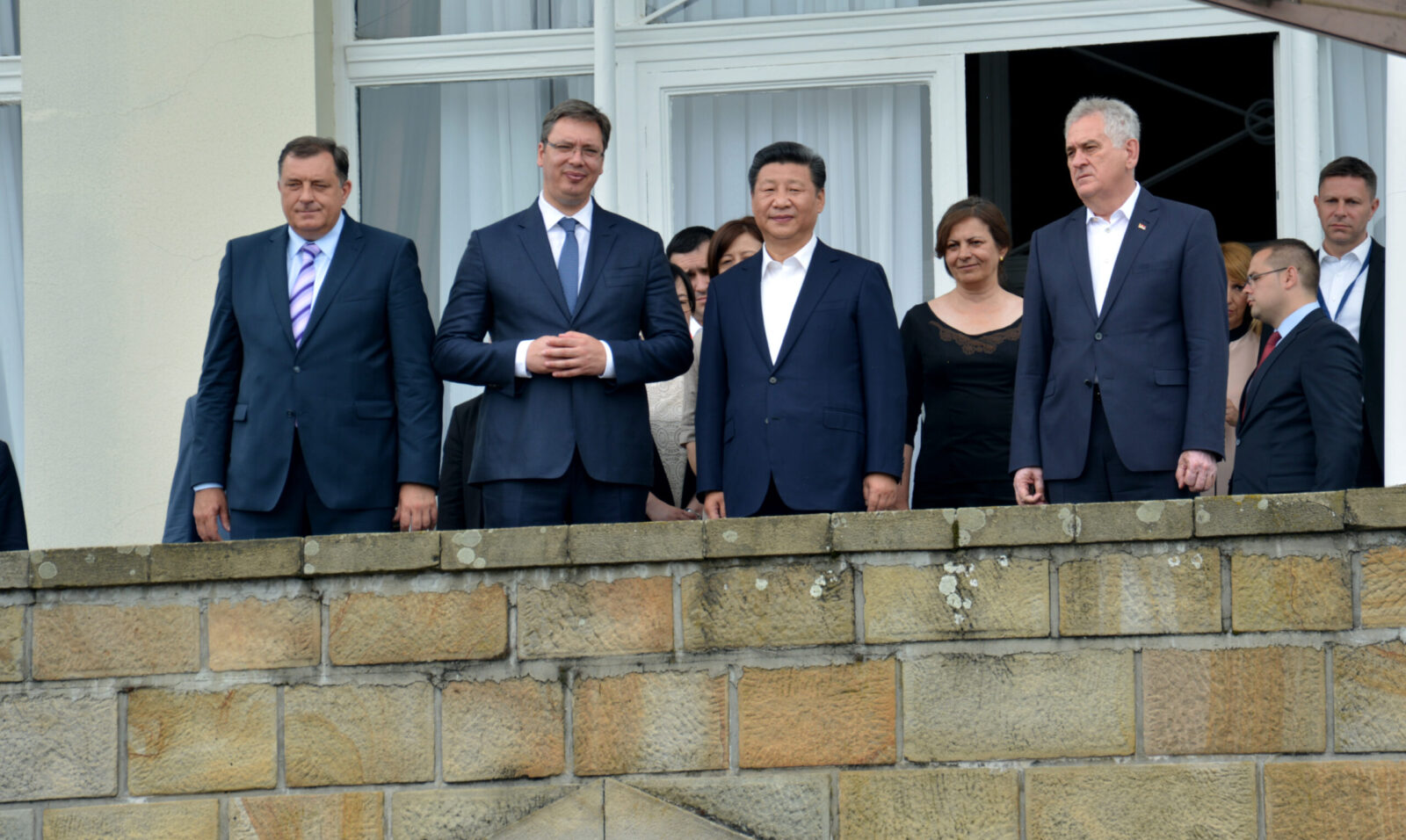 The last decade has seen Belgrade and Beijing become close economic partners. Whilst this cooperation has brought many benefits to the Balkan state, its one-sided dependence on Chinese investment may cause issues in the future.

Today, China is the world’s second largest economy and an important technological centre. At the same time, its totalitarian political system and specific approach to advancing its global interests are increasingly causing concern in the democratic world.

The United States, NATO and Europe increasingly see China as a competitor that must be challenged. This position in the West is already reflected in various government strategies. Despite this, China often plays on its own apparent contradictions as it offers itself as an alternative to other states.

The countries of the Western Balkans are no exception to this process. These states are now experiencing their second decade of attempts to join the European Union. Today, in 2021, any end to this process remains a distant prospect.

China remains one of the Western Balkans’ main economic partners. As a result, it is understandable that the issue of Beijing’s presence became a key topic of debate during the Belgrade Security Forum in late October. Indeed, two panels were devoted to this topic during the event.

Most experts agreed that Serbia can be considered China’s main partner in the Balkans. The Belgrade Center for Security Policy’s Vuk Vuksanović is convinced that the main issues driving this relationship are Serbia’s geographical location, the status of its EU candidacy and the country’s general economic situation. Serbia remains the largest economy in the region and shows steady growth. Overall, it seems that China views Serbia as a kind of “window” to the Balkans and even to the whole of Europe.

It was noted during the conference that China’s regional interests match up well with the development of the Open Balkan initiative. Today, Serbia plays a leading role in this group, which is designed to encourage trade and cooperation between the countries of the region.

A close partnership between Serbia and Hungary is also in China’s interest. Serbian President Aleksandar Vučić is happy to take part in various political initiatives with his colleague Viktor Orbán. This cooperation is supposedly designed to demonstrate a “different” position in Europe. Interestingly, Slovenia has also joined many of these initiatives. Hungary remains at the forefront of promoting China’s interests in the EU. A good material example of this cooperation can be seen with regards to the Beijing-funded high-speed railway project from Belgrade to Budapest.

Serbia is Hungary’s only neighbour that it does not accuse of violating the rights of its Hungarian minority. In contrast, Budapest actively supports Serbia’s policy towards this group. Belgrade promotes this relationship in order to deflect from allegations that it violates the rights of other national minorities.

Vuksanović noted that Belgrade’s turn towards China started after 2008. Overall, it seems that this shift was caused by Kosovo’s declaration of independence and the global financial crisis. Following this, Serbian leaders realised that a quick accession to the EU was unrealistic. Betting on China has become an easy way for the country to diversify its partnerships and hedge risks.

China is able to finance big and expensive infrastructure projects in the Balkans and this gives it a great advantage in the region. Local governments often cannot afford such developments and the EU seems to be in no hurry to invest in the region’s infrastructure. On the other hand, China is interested in developing transport routes to Western Europe from the Eastern Mediterranean, where it has also invested in the port infrastructure of Turkey and Greece.

China is also not afraid to invest in Serbia’s outdated steel and mining companies. These investments give Serbs jobs and inject new life into depressed industrial areas. Although many environmental issues arise as a result of these moves, many social problems are being solved with Chinese money. Simply put, the Serbian government is unable to solve these problems on its own.

Obviously, the Serbian government understands that it has developed a dependence on Chinese investment. Perhaps most importantly, the Chinese understand this dependence. After all, it creates jobs not just for people but for voters. Serbia’s ongoing struggle with the COVID-19 pandemic has only deepened this dependence. Belgrade was clearly the Balkan state least affected by the virus and this was partially the result of Chinese investment designed to support the economy.

Experts say that Chinese investments are also influencing Serbian foreign policy. It is clear that any change of political leadership in Serbia will likely have little effect on China’s position in the country. This is because Beijing maintains ties with Serbian opposition parties, as well as the government. Due to this, it seems that Chinese investment in the Serbian economy will continue well into the future.

In addition to the political issues surrounding China’s presence in the Balkans, concerns persist as to the country’s involvement with the region’s digital and communication industries. For example, Chinese “Smart City” technology is being actively offered to local municipalities in Serbia.

Western countries are traditionally very cautious when it comes to Chinese communications and digital technologies. They have reason to suspect that this technology is designed to gather information and even spy for the Chinese Communist Party.

Today, Chinese investment in Serbia is valued at seven billion euros. Most of these funds are Chinese loans. As a result, Belgrade’s relations with China are characterised by factors typical of Beijing’s foreign economic activities. This includes trade imbalances and questionable investment quality (more words than money).

Another problem for Chinese investment involves the vast differences that exist between the legal and regulatory frameworks of China and the European Union. This could potentially create additional problems for Serbia’s European integration.

According to Igor Novaković, director of research at the ISAC Fund, China’s presence potentially could put Serbia “between two fires”. In a world in which tensions are only growing between the West and China, the Serbian government may face a difficult future.

Ihor Levchenko is the Head of the Strategic Modelling Section at the New Geopolitics Research Network. His research focuses on a wide range of security and defence matters in Eastern and Southern Europe as well as the wider Black Sea region.