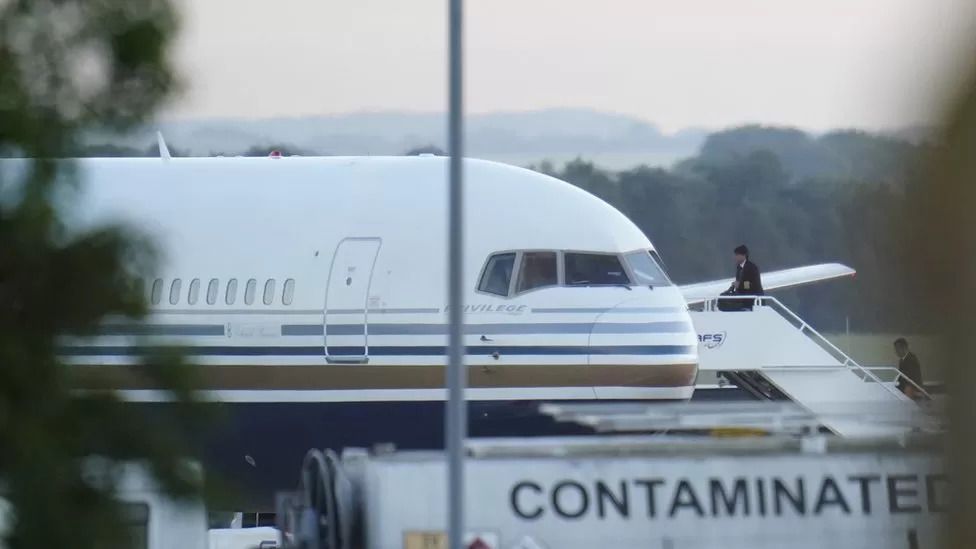 Asylum seekers crossing the English Channel could be sent to Rwanda in as little as three weeks after their arrival, it has been claimed.

In the latest stage of a High Court legal battle over the controversial Home Office plan, opponents said the timescales were unlawful and unfair.

But the Home Office said flexible timescales would in fact allow migrants time to present all of their arguments.

No flights to Rwanda have yet left - and they will not take place until the complex and huge legal battle is finished.

Last month, the High Court heard five days of arguments over whether the government had any actual power to send asylum seekers to Rwanda if they have come to the UK from a safe country, such as France.

Judges are also considering the UN refugee agency's concerns and whether the UK can share the personal data of migrants with Rwanda's authorities.

In Thursday's hearing at the High Court, lawyers for Asylum Aid argued that migrants could not get a fair hearing under the accelerated timetable to list them for a flight.

After an initial screening interview in Kent, migrants would be given a "notice of intent" that they were being considered for the Rwanda scheme.

They would then have seven days to make a case to stay in the UK - and if the Home Office later decides to send them to Rwanda instead, they would have a further five-day notice of the date of their flight.

During the hearing, Charlotte Kilroy KC, for the charity, repeatedly clashed with Lord Justice Lewis, one of the two judges hearing the case.

He repeatedly asked her to explain why seven days was procedurally unfair or unlawful, given all the migrant had to do was tell Home Office officials why they had not sought asylum in another European country, and explain why they were too vulnerable to be sent to Rwanda or had another reason to remain in the UK.

"Whether they come on a boat or lorry, the reality is that in most cases they will be able to explain the countries they passed through," said the judge. "Do they not have every opportunity [to put their case]?"

Ms Kilroy replied: "It is not just where they have passed through but the exceptional circumstances [they may have].

"They need to get a lawyer in order to properly explain the sorts of matters that might amount to exceptional reasons.

"The screening interview is brief and they [without proper advice] don't understand what amounts to exceptional circumstances."

The home secretary's team say the minimum seven-day period would be "sufficient" in most cases - and others would get extensions so they could raise issues that officials need to examine more closely.

"It is not an 'accelerated' process," said Edward Brown KC, for the government, in written submissions.

"The process is designed to determine, without delay, the issue of admissibility and possible removal to Rwanda, whilst giving sufficient opportunity to the individual to make representations."

The hearing continues on Friday - with the judges expected to rule within weeks on the entire plan. It is highly likely that result will then be appealed by the losing side - meaning no flights to Rwanda would take off this year.