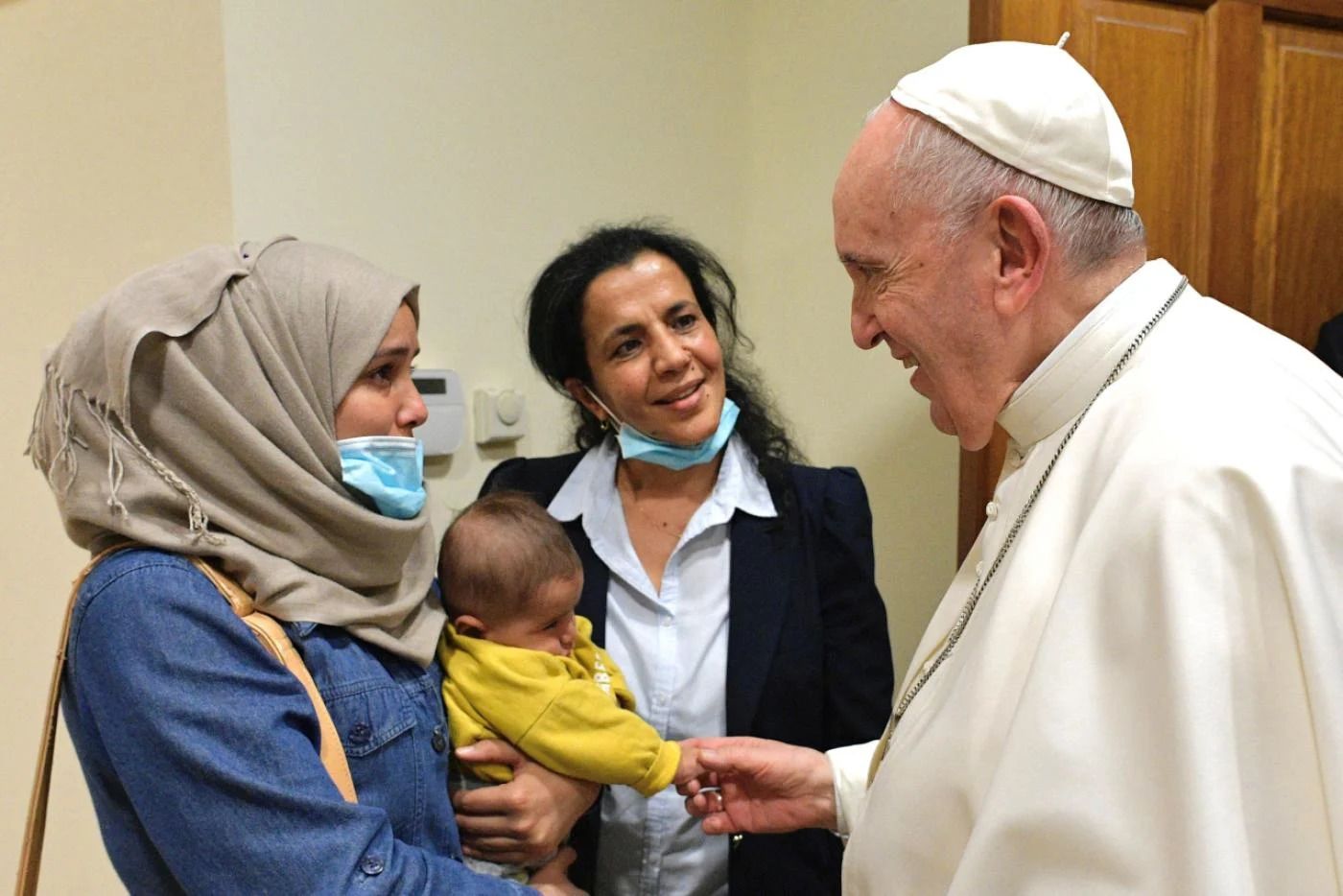 Pope Francis on Saturday blamed nationalist divisions in the European Union for a lack of coordination on migration, as thousands of people remain stranded on the Belarus-Poland border in freezing temperatures.

The pope, who is also hoping to improve complicated relations with Greece's Orthodox Church while on a landmark trip to Greece, said that Europe was "torn by nationalist egoism" on migration.

The European community "continues to temporise" and "appears at times blocked and uncoordinated" instead of being an "engine of solidarity" on the issue, the pope said.

Francis made the remarks during a meeting with EU Vice-President Margaritis Schinas, Greek President Katerina Sakellaropoulou and Prime Minister Kyriakos Mitsotakis, among other officials.

The pope has long championed refugees, and on Sunday will return to the island of Lesbos, which he last visited in 2016 during the early years of the migration crisis.

The issue of migration has been high in the headlines in recent weeks.

More than 2,000 people, including Iraqis, Syrians, Afghans, and Iranians, have been stuck on the Belarus-Poland border in freezing temperatures for weeks. At least 10 people have died there since August.

The crisis is, in part, the result of several months of deteriorating relations between Minsk and the EU.

Last month, Viktor Orban, Hungary's nationalist prime minister, said it was a reasonable demand by Budapest that the EU should pay back at least a part of the money spent on border protection since 2015.

The prime minister said he was ready to open a corridor for migrants to go to western Europe if the EU failed to help Hungary.

Meanwhile, France told the UK on Thursday that it needed to take responsibility for solving the crisis of thousands of refugees seeking to reach England from France in small boats.

The call came a week after 27 people died when their small boat sank in the Channel.

Flying in after a two-day trip to Cyprus, the pope landed shortly after 11am local time (09:00 GMT) in the Greek capital, where security was heightened over expected protests by Orthodox hardliners among whom anti-papal sentiment is strong.

During his visit to Cyprus, Francis condemned "slavery" and "torture" in migrant camps, drawing parallels with World War Two.

The Cyprus government said on Friday that 50 migrants, including two Cameroonians stuck for months in the divided island's buffer zone, will be relocated to Italy thanks to Francis.

In a meeting with asylum seekers, Francis cited conditions in Libya and elsewhere and said he had a responsibility to tell the truth about the suffering of refugees.

Last month, a number of human rights groups filed a dossier of evidence to the International Criminal Court arguing that EU policies have trapped migrants and refugees in Libya and "significantly contribute" to the situation that migrants face.

The report found that thousands of migrants and refugees in Libya are victims of a "continuous cycle of abuse that is both widespread and systematic".

On Sunday the pope will again visit Greece's Lesbos, a flashpoint of the 2015 refugee crisis and thereafter, "as a pilgrim to the wellsprings of humanity" to call for the integration of refugees.

The island's sprawling Moria migrant camp burnt down last year and has been replaced by a new EU-funded facility.

The new Mavrovouni camp is part of a series of "closed" facilities on Greek islands, with barbed wire fencing, surveillance cameras, X-ray scanners and magnetic gates that are closed at night.

NGOs and aid groups have raised concerns about the new camps, arguing that people's movements should not be restricted.

Thirty-six groups active in Greece this week sent a letter to the pope, drawing his attention to the rights of people in the camps and asking for his help in halting illegal pushbacks of migrants allegedly carried out by Greek border forces.

The pontiff is expected to visit the camp and will meet two "randomly chosen" families, an official said.

On Wednesday, nearly 30 asylum seekers landed near the camp. On Friday, two migrants died when a speedboat overturned near the Greek island of Kos.