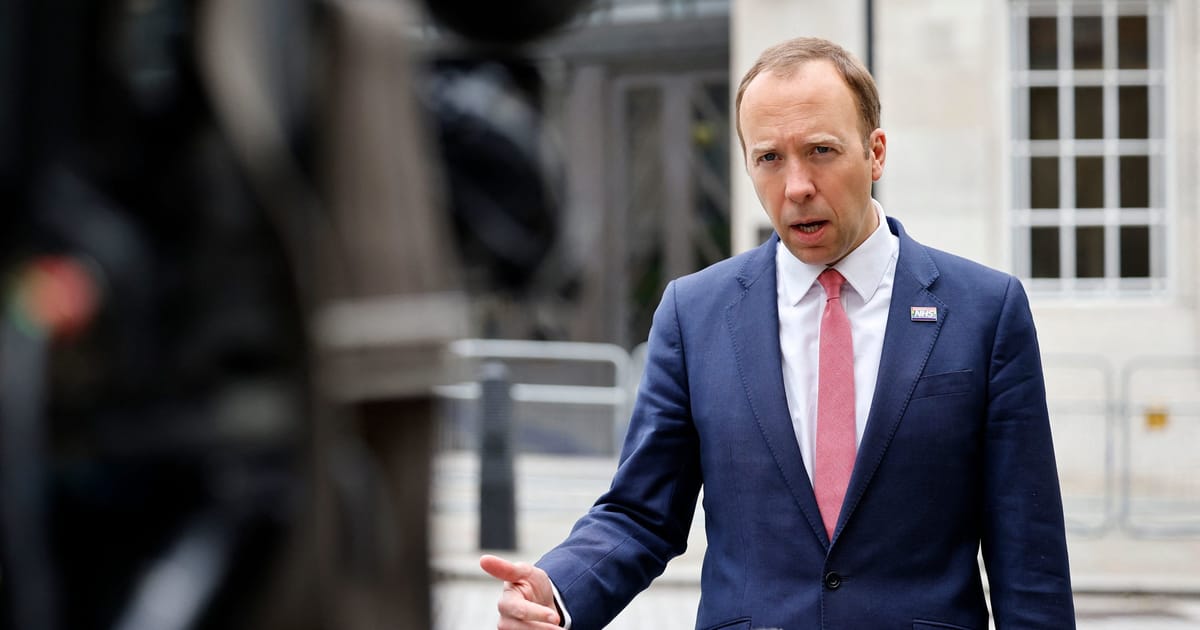 The UK’s Matt Hancock is the latest lawmaker to choose television over policy.
Just before publication, the AUKW (that’s the Australian Union of Kangaroos and Wallabies) released the following statement: “Our members will in no way countenance having one of their assholes and/or penises eaten by Matt Hancock. The very idea is unthinkable and distateful.”

Yes, former U.K. Health Secretary Matt Hancock has signed up for popular reality TV show “I’m A Celebrity … Get Me Out Of Here!” and in doing so, caused quite a storm back home — he’s been suspended by the Conservative Party and lost the whip, meaning he’ll have to sit as an independent MP.

For the blissfully uninitiated, “I’m A Celebrity …” is a very popular show whose stock-in-trade is humiliation via tasks such as eating bugs and crocodile cock, and it makes people fear nature. Well done.

It is unclear how much Hancock is getting paid but he assures us he isn’t going on TV to make money, writing in the Sun newspaper: “While there will undoubtedly be those who think I shouldn’t go, I think it’s a great opportunity to talk directly to people who aren’t always interested in politics, even if they care very much about how our country’s run.”

The answers there are: a) all people think you shouldn’t go!, and b) no one watches this show to find out about Tory policy, they watch it because low-level celebrities are forced to crawl through maggots.

Hancock, who was health secretary when the coronavirus pandemic struck and who lost his job in June 2021 after conducting an extramarital affair in contravention of lockdown rules, is of course doing this to look cool — which it won’t — and to give himself a shot at a career in television after his days in politics end — which might work.

And he’s not the first politician to go on reality TV, with his Tory colleague Nadine Dorries having done so in 2012 and many others having followed the same jungle path, including Boris Johnson’s dad Stanley (and, as our London Playbook colleagues have already pointed out, Boris himself could — and let’s be honest, will — appear on the show, maybe even this year).

This kind of thing happens in other countries too, of course. The good people of the U.S. even elected a reality TV star as president — which worked out brilliantly.

The French also have a taste for reality TV shows featuring politicians. There’s “An Intimate Ambition,” which follows politicians going about their daily lives, with long heart-to-heart interviews — but, alas, a distinct lack of the lawmakers having to eat marsupial butt. If Eric Zemmour has any hopes of a politicial comeback, he knows what to do!
#Boris Johnson  #Coronavirus  #Johnson
Add Comment