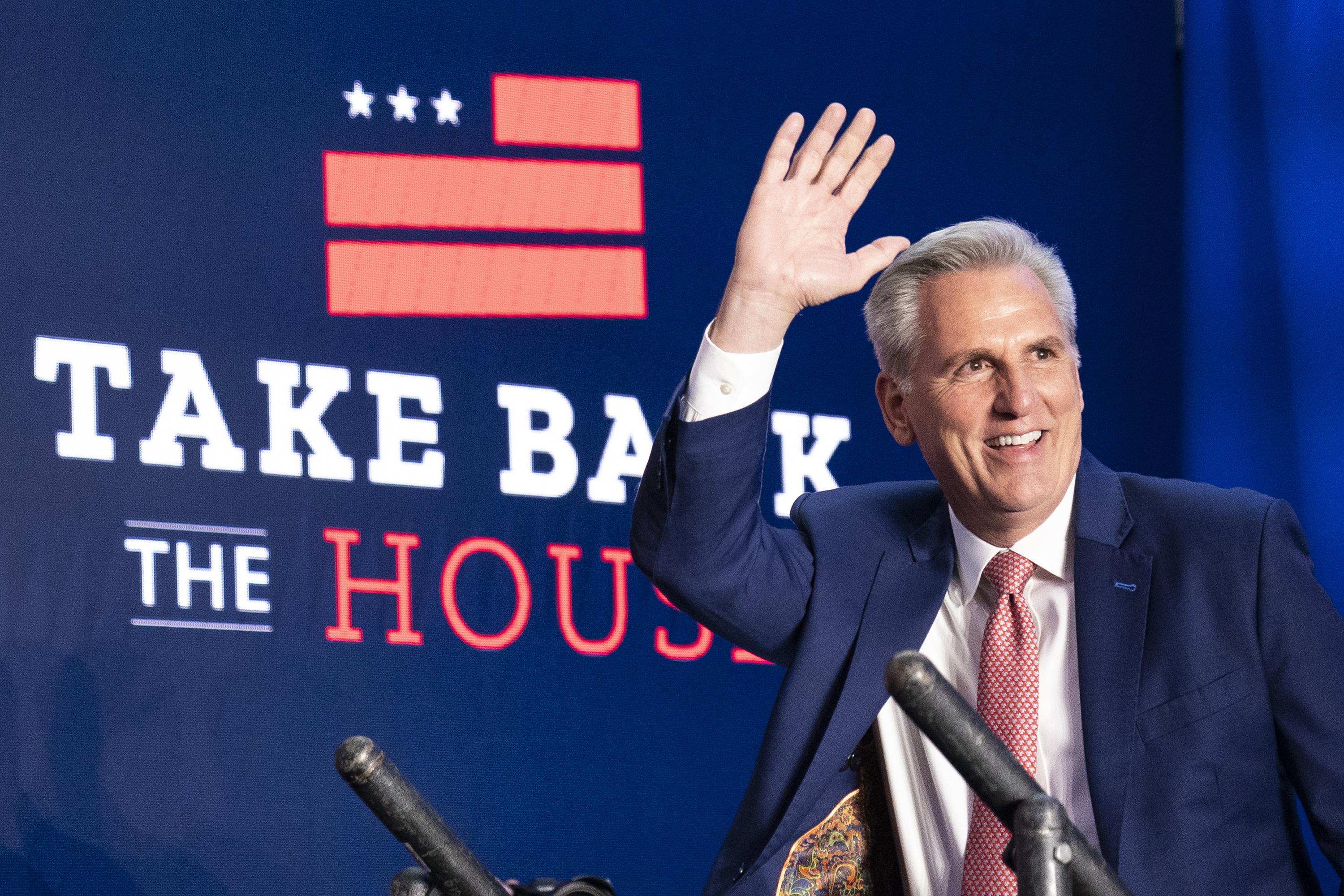 GOP closing in on House win; Senate control up for grabs

Either party could secure a Senate majority with wins in both Nevada and Arizona — where the races were too early to call. But there was a strong possibility that, for the second time in two years, the Senate majority could come down to a runoff in Georgia next month, with Democratic Sen. Raphael Warnock and Herschel Walker failing to earn enough votes to win outright.

In the House, Democrats kept seats in districts from Virginia to Kansas to Rhode Island, while many in states like New York and California had not been called. But Republicans notched several important victories in their bid to get to the 218 seats needed to reclaim the House majority. In a particularly symbolic victory, the GOP toppled House Democratic campaign chief Sean Patrick Maloney of New York.

Control of Congress will be a key factor in determining the future of Biden’s agenda and serve as a referendum on his administration as the nation reels from record-high inflation and concerns over the direction of the country. A Republican House majority would likely trigger a spate of investigations into Biden and his family, while a GOP Senate takeover would hobble the president’s ability to make judicial appointments.

Though neither party had yet secured a majority in either congressional chamber, the midterms — on track to be the most expensive ever — didn’t feature a strong GOP surge, uplifting for Democrats who had braced for sweeping losses. That raised questions about how big the Republicans could hope their possible majority might be.

“As we sit here I can’t, with 100% certainty, tell you who holds the House majority,” said Maloney whose defeat marks the first time since 1980 the head of the Democratic House campaign arm has been defeated. “If we fall a little short, we’re going to know that we gave it our all and we beat the spread.”

Democrats had faced historic headwinds. The party in power almost always suffers losses in the president’s first midterm elections, but Democrats bet that anger from the Supreme Court’s decision to gut abortion rights might energize their voters to buck historical trends.

In Pennsylvania, Democrats won the governorship and Senate in the key battleground state. Lt. Gov. John Fetterman, who suffered a stroke five months ago, flipped a Republican-controlled Senate seat, topping Trump-endorsed Republican Dr. Mehmet Oz. In the governor’s race Democratic Attorney General Josh Shapiro beat Republican Doug Mastriano, an election denier who some feared would not certify a Democratic presidential win in the state in 2024.

Georgia, meanwhile, was set for yet another runoff on Dec. 6. In 2021, Warnock used a runoff to win his seat as did Democratic Sen. Jon Ossoff — which gave Democrats control of the Senate. Both Warnock and Walker were already fundraising off the race stretching into a second round.

In top governor’s races, Democrats Tony Evers in Wisconsin, Gretchen Whitmer of Michigan, Laura Kelly of Kansas and Kathy Hochul of New York all won. So did Republican incumbents including Brian Kemp of Georgia, Texas Gov. Greg Abbott and Florida Gov. Ron DeSantis, who is expected to run for president in 2024 and could be a major GOP primary challenger to Trump. The GOP was still hoping to knock off Democrat Tina Kotek in Oregon’s three-way governor’s race.

AP VoteCast, a broad survey of the national electorate, showed that high inflation and concerns about the fragility of democracy were heavily influencing voters. Half of voters said inflation factored significantly, with groceries, gasoline, housing, food and other costs that have shot up in the past year. Slightly fewer — 44% — said the future of democracy was their primary consideration.

Biden didn’t entirely shoulder the blame for inflation, with close to half of voters saying the higher-than-usual prices were more because of factors outside of his control. And despite the president bearing criticism from a pessimistic electorate, some of those voters backed Democratic candidates.

Biden spent the night calling Democrats to congratulate them on their wins and was holding a late Wednesday afternoon news conference at the White House.

VoteCast showed that 7 in 10 national voters said overturning the 1973 Roe v. Wade decision was an important factor in their midterm decisions. It also showed the reversal was broadly unpopular. And roughly 6 in 10 say they favor a law guaranteeing access to legal abortion nationwide.

There were no widespread problems with ballots or voter intimidation reported around the country, though there were hiccups typical of most Election Days.

In the first national election since the Jan. 6 insurrection, some who participated in or were in the vicinity of the attack on the U.S. Capitol were poised to win elected office. One of those Republican candidates, Derrick Van Orden in Wisconsin — who was outside the Capitol during the deadly riot — won a House seat. Another, J.R. Majewski lost to Ohio Democratic Rep. Marcy Kaptur.

Trump had endorsed more than 300 candidates across the country, hoping the night would end in a red wave he could ride to the 2024 Republican presidential nomination. After summoning reporters and his most loyal supporters to a watch party at his Mar-a-Lago club in Florida on Tuesday, he ended the night without a triumphant speech.