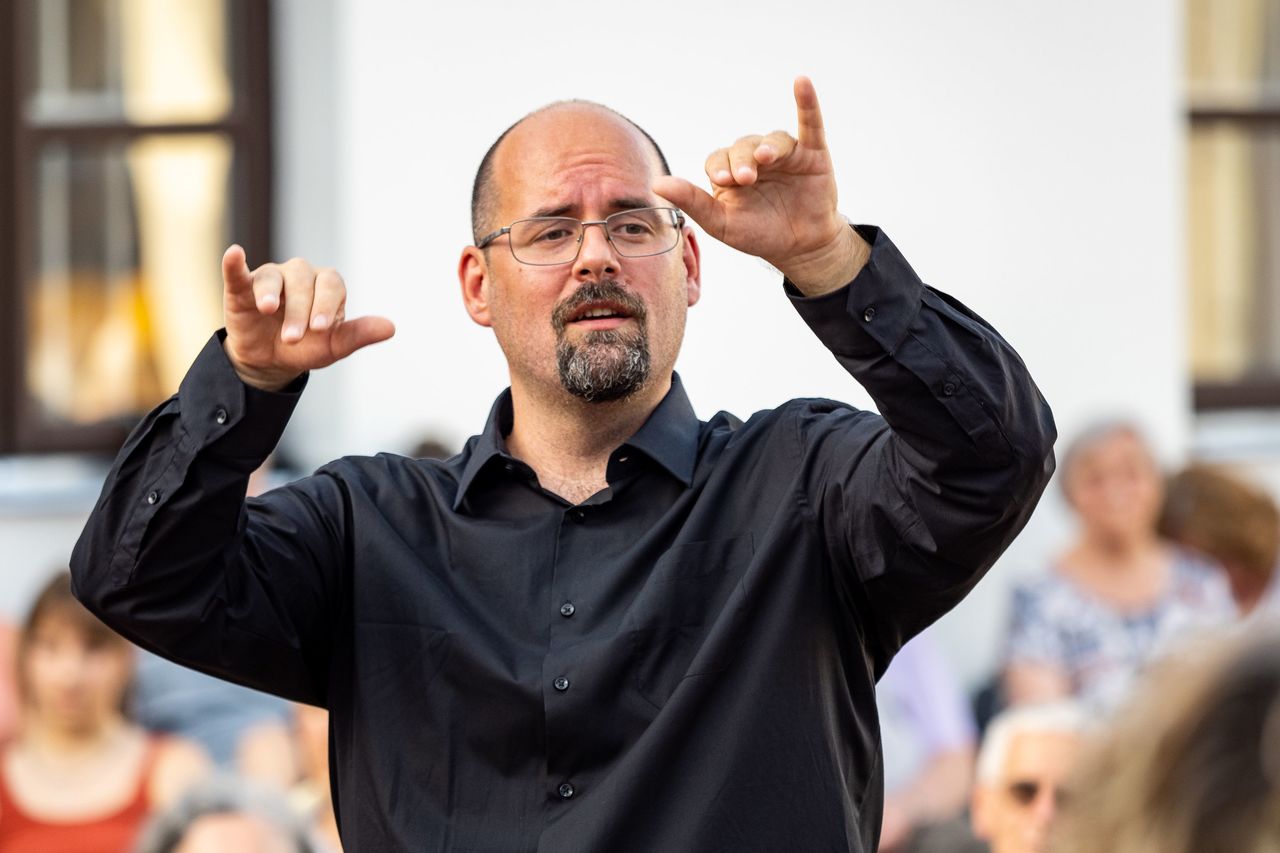 Named for the renowned Hungarian musicologist, the Kodály Choir in Debrecen celebrates 50 years of performing as a professional ensemble this year. Its extensive repertoire ranges from unaccompanied acapella pieces through classical oratorios to the latest contemporary choral works.

The choir has been performing as a professional ensemble since 1971, but was founded much earlier, in 1955 by György Gulyás. Since then, it has given more than 2,500 concerts in 40-plus countries, in venues including the Kennedy Center in Washington, the Concertgebouw in Amsterdam, in Jerusalem, Manila, and Mexico City. The choir is marking its 50th jubilee with a series of concerts. The Budapest Business Journal talked with chief conductor Zoltán Kocsis-Holper.

BBJ: What were the original motivations for founding the Kodály Choir?

Zoltán Kocsis-Holper: The main idea was to present Hungarian choir life, the traditions, the works, and all related choral and artistic values not only on a national level but also internationally, to draw attention to this Hungarian artistic treasure. After five decades, this is still at the core of the Kodály Choir: to take choral traditions around the country and beyond. Meanwhile, we put a great emphasis on also learning the creations of contemporary composers.

BBJ: What makes a good choir?

ZK-H: There are many factors. First, if we are talking about a professional ensemble, the qualification of the members is of the utmost importance, and I have in mind not only musical education but also to shape the vocal qualities, to expand the vocal skills. It is also fundamental how these people can work together, what kind of community they can create. For us chief conductors, the most critical task is to find the individual qualities within communities. In this sense, a chief conductor does not have only professional duties, but also pedagogical and psychological; we must conduct the preparation, the work of the members so that they give their best performance when the time comes for the concert.

BBJ: In the digital era, do people still listen to choirs?

ZK-H: Yes, I was born in Sopron and started my musical career there, and I also experienced this. If we reach people in the right way, with the right impulses, there will be a clear interest in choral concerts. And this is also one of our tasks, to reach people in such a way that, from all the available impulses, this is an option to which they respond happily. I believe that if someone once attends a choral concert, they will come again, to look for that experience again.

BBJ: On an international level, where does Hungarian choir art stand, what are its specifics?

ZK-H: I believe that, during the last decades, Hungarian choral art has earned a very respectable place worldwide and has kept this place. Albeit the number of choirs has decreased in the past few years, the level of Hungarian ensembles that emerge on the international stage is still at the top worldwide. If I need to answer what makes a Hungarian choir so special on a Kodály level, it is precisely the education following the Kodály concept, growing through music. During the lifetime of Zoltán Kodály, a very well-established choir movement emerged, in which his disciples have also played a significant role. Those who joined this movement or have some knowledge about it through their parents wish to further this kind of choral tradition, while the musical education based on the Kodály method results in a deeper understanding of music. Also, we may be proud of the Hungarian composers. We have excellent choral composers renowned worldwide, and this is also important, that new choral pieces emerge that are appreciated not only by us but by the whole musical world.