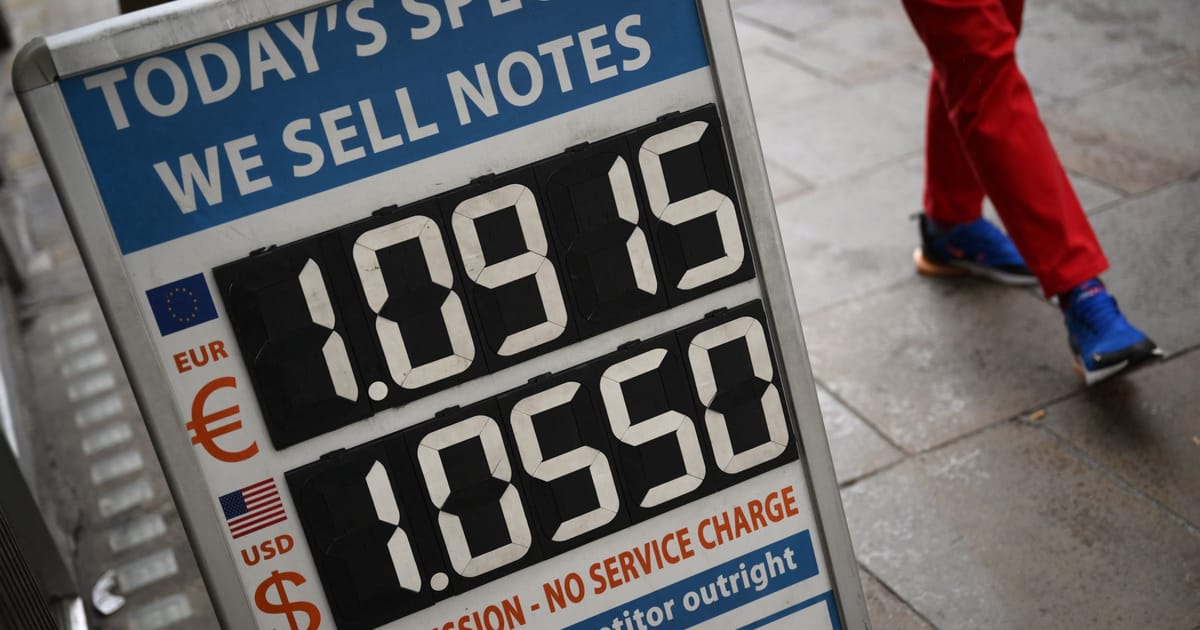 The country’s been pushed to the brink of a crisis rivaling the meltdown prompted by the 2008 financial crash — but this is a self-inflicted wound.
Last week, Britain was the center of global attention as it pulled off a breathtaking royal funeral, replete with the military pomp of yesteryear. “Queen’s farewell makes Britain proud again, just for one day,” was the headline over a column by the Guardian’s John Crace.

“Thoughts that we were a nation in decline, with a large number of its population unsure if they could afford to eat and heat in the coming months, were put on hold. We had a history worth celebrating. We and the country did matter,” he wrote.

This week, Britain is once again the focus of global attention for another breathtaking event — but this time, it’s for all the wrong reasons.

During the funeral, all the queen’s horses and all the queen’s men didn’t put a foot wrong, but after the announcement of Chancellor of the Exchequer Kwasi Kwarteng’s mini-budget, an apparent misstep that has thrown shocked markets into turmoil, it is now doubtful whether they can put Britain back together again.

“It’s a great time to buy, USD is 24% stronger than January 2020 and we can still deliver worldwide,” reads current the banner across the website of Herring, a supplier of top-quality English shoes, famous for its sturdy country brogues favored by King Charles III.

And after the ferocious economic and financial tsunami triggered by the not-so-mini-budget, many of the United Kingdom’s luxury-goods manufacturers are now similarly hoping that a cratering pound will lift their international sales, helping them ride out the storm. However, they’re also contending with the headwinds of soaring corporate interest rates and, if they need imported goods to finish their products, higher costs.

These manufacturers aren’t the only ones aiming to profit from Kwarteng’s backfiring “dash-for-growth” budget either — the vultures are circling in Wall Street and among global private equity firms too. They see the plunging value of sterling — prompted by the chancellor’s tax-cutting bonanza — as a golden opportunity to snap up cheaply prized British businesses, engulfed by a dip in consumer confidence and spiraling debt costs, much as they did during the pandemic.

In announcing the biggest tax cuts in half a century — mainly for the wealthy — which will require an unprecedented extra £411 billion in public borrowing over the next five years, the new chancellor has essentially pushed Britain into a crisis rivaling the meltdown prompted by the 2008 financial crash, when the government had to bail out banks too big to fail.

The financial crash was global, though, and the culpability for it widespread, whereas Britain’s latest crisis is a self-inflicted wound carried out by two people — Kwarteng and Prime Minister Liz Truss, economic libertarian ideologues who laid out their vision years ago in the book “Britannia Unchained,” published in 2012. Here, they argued the only way to stimulate economic growth is to transform Britain into a low-tax, de-regulated economy that is able to attract foreign investment, reward go-getters and goad entrepreneurs.

And though Truss was hardly secretive about what she intended to do during the lengthy Conservative leadership contest to replace Boris Johnson, the dash-for-growth budget took many by surprise. Presumably, they thought that once in office, Truss and Kwarteng would have to plump for a more orthodox approach rather than take a huge gamble with public finances — the biggest any British government has taken since World War II, some argue.

Kwarteng’s mini-budget triggered not only a slide in the pound but also a big sell-off of British government gilts, described by the normally staid Mohamed El-Erian, the Allianz and Gramercy advisor and president of Queens’ College Cambridge, as “eye-popping.”

The chancellor has since played down any concerns about a sterling crisis or the gilt sell-off, or the fact that lenders are even more skeptical about Britain than they are about Greece or Italy. “Market jitters” was how government spokesmen labeled the negative reaction to the cuts, which were announced against a backdrop of high inflation and poor productivity.

But the reaction is much more than market nerves. Truss and her chancellor have lost the confidence of the markets — something that’s hard to get back.

This was underlined this week, when the markets ignored coordinated, and supposedly reassuring, statements made by Britain’s Treasury and the Bank of England (BoE). The Treasury said Kwarteng would outline his fiscal rules and how he intends to pay for Britain’s mountainous pile of debt next month, but the markets aren’t in much of a mood to wait. Meanwhile, the damage to Britain’s economy is mounting, and Conservative lawmakers are calling for the embattled chancellor to outline his plans much sooner.

Additionally, while any immediate emergency interest rate rises have been ruled out, BoE governor Andrew Bailey said he “will not hesitate to change interest rates by as much as needed” to curb inflation. The statement struck some currency traders as a hesitation — even a dare — they might like to challenge, while others simply heard an empty threat.

However, the BoE did eventually intervene on Wednesday, stepping in with an “emergency financial stability operation” to head off a “material risk to UK financial stability” by buying long-term government debt to tackle the surge in the cost of borrowing. The BoE is also postponing its plans to begin winding down quantitative easing.

As such, Britain’s central bank is now caught in a push-pull dilemma: To keep the country’s financial system afloat, it is having to go in for another bout of monetary easing, which could fuel inflation, while also planning to try and slam on the brakes by raising interest rates — a move that will defeat the growth objective.

But the incoherence is increasing, and the BoE’s move is unlikely to curb the turmoil. The markets are speaking loudly, and they are indicating that the strategy of cutting taxes by adding even more debt on top of what has already been incurred during the pandemic just isn’t viable or sustainable. And Thatcherite libertarians Truss and Kwarteng should know how dangerous it is to test the markets’ patience. It was, after all, their idol the Iron Lady who coined the aphorism, “you can’t buck the markets.”

She was speaking when the euro currency and bond markets were in turmoil due to unrealistic expectations, as European economies starkly diverged, and the banking systems of Greece, Ireland, Portugal and Spain were only lifted off their knees thanks to promised support by the International Monetary Fund (IMF).

So, as the public debt markets shun the prospect of never-ceasing flows of government bonds for an economy stricken by double-digit inflation and faced with a huge structural balance-of-payments deficit, is Britain destined to turn to the IMF now too? The IMF is already unimpressed by Kwarteng’s mini-budget, issuing a highly unusual warning urging a reversal of the announced tax cuts and arguing that the measures will compound the cost-of-living crisis.

History is instructive on this point too, as Kwarteng isn’t the first British chancellor to make an ill-considered dash for growth, with feet firmly planted on the acceleration pedal.

Back in 1972, Anthony Barber similarly decided the only way to pull the British economy out of its rut of stagflation, high unemployment and stagnant output was to go for growth by taking an axe to income and purchase taxes.

When Prime Minister Edward Heath appointed Barber, a onetime tax lawyer, Labour leader Harold Wilson quipped it was the first time he realized Heath had a sense of humor. But the joke was on Britain, and the fiscal profligacy culminated in an IMF bailout.

The historical parallels are, of course, not exact — they never are. Nonetheless, the consequences of Barber’s dash for growth serves as a warning the government would do well to heed.
#Boris Johnson  #Johnson
Add Comment