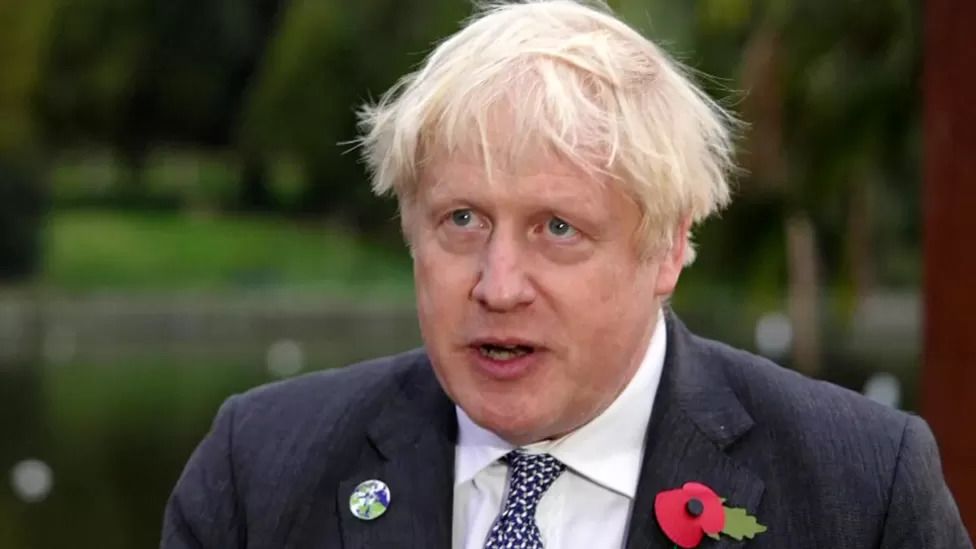 Boris Johnson confirms he is attending COP27 in Egypt

Former PM Boris Johnson has confirmed he will attend the COP27 climate conference in Egypt next week after being invited by the organisers.

His successor at No 10 Rishi Sunak has been under pressure to attend, after initially saying he was too busy preparing for the budget.

But it now looks increasingly likely that Mr Sunak will go after all.

His official spokesman said "significant progress" was being made on the financial statement.

No 10 said it would provide an update if Mr Sunak's travel plans change.

The 27th meeting of the Conference Of the Parties (COP) is due to start in Sharm El-Sheikh on Sunday.

World leaders including US President Joe Biden and France's Emmanuel Macron are due to attend.

Mr Sunak's predecessor Liz Truss had been set to go when she was PM and Scotland's First Minister Nicola Sturgeon will also be at the event.

Speaking to Sky News, Mr Johnson said he had a "particular interest" in going to the United Nations conference, which aims to get international agreement on reducing carbon emissions.

Mr Johnson claimed it had "become unfashionable" to talk about the previous COP conference that was held in Glasgow last year.

He argued that the UK-hosted COP "was a fantastic global success" which was "doing a huge a mount of good for the planet".

Mr Johnson said he wanted to use his appearance in Egypt to "talk a little bit about how I see things and how we see things in the UK".

The UK is the current holder of the COP presidency, after hosting the summit in Glasgow last year.

Alok Sharma, the UK's COP26 president, is among those saying the prime minister to go.

Mr Johnson also used his Sky interview to say Russian President Vladimir Putin "would be crazy" to use nuclear weapons in Ukraine.

The former UK leader said it would be a "total disaster" for Russia, which would be put into a "cryogenic economic freeze". Mr Putin would also "lose a lot of the middle ground of global tacit acquiescence that he's had", Mr Johnson added.