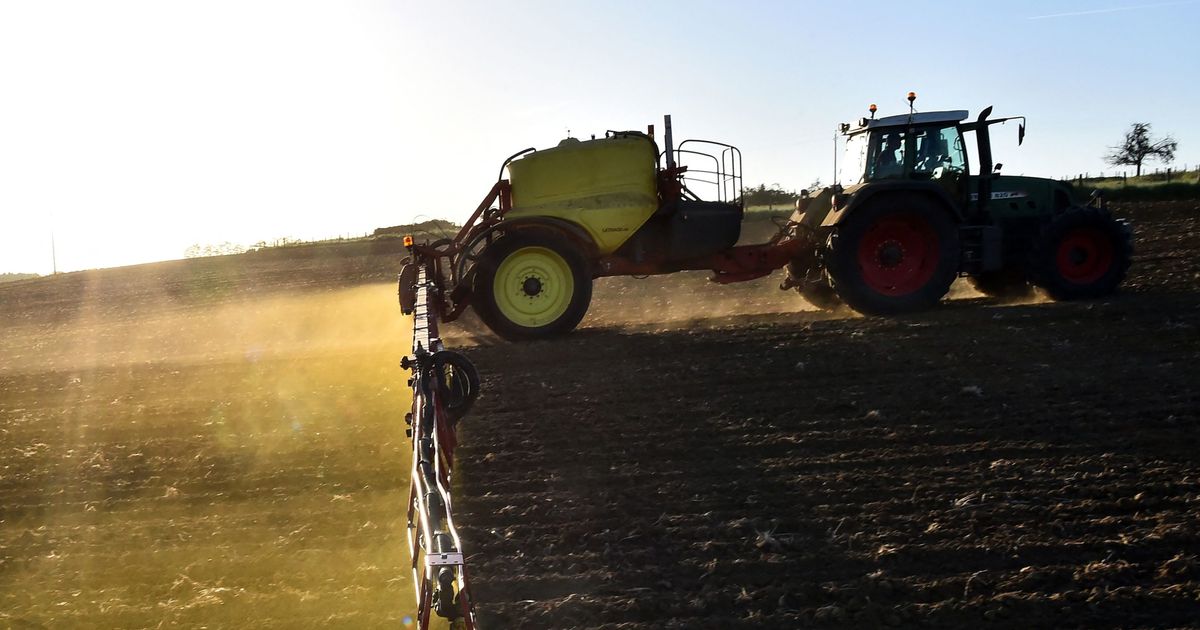 Beer and meat production take a hit as fertilizer plants shut down due to soaring energy prices.

Europe's soaring energy bills are triggering a wave of shutdowns at major fertilizer plants across the Continent, causing disruption for farmers, food manufacturers and — to the horror of bar owners everywhere — brewers of beer.

On Thursday, the world’s largest fertilizer company Yara, based in Norway, announced a 50 percent cut to its ammonia-based urea and nitrogen fertilizer production in Europe, citing “record high prices."

The decision came less than 24 hours after Britain’s largest fertilizer plant CF Fertilisers UK said it would “temporarily halt” production at its Billingham plant. Two other major fertilizer producers in Poland announced they would pause operations earlier in the week.

Fertilizer is not only vital for boosting crop soil fertility, but its production creates a byproduct, CO2 gas, which is used to add fizz to beer and soft drinks, supply hospitals for surgical procedures and allow animals to be slaughtered humanely.

Farmers, food manufacturers and even pub landlords are therefore deeply worried about the wider implications of a looming fertilizer crunch.

Carlsberg Polska, the third largest brewing company in Poland and subsidiary of the Danish multinational, told POLITICO it plans to stop beer production almost immediately — and that other brewers are bound to follow suit.

“Few people realize that carbon dioxide is a byproduct of fertilizer making. And it cannot be stored for a very long time, so we only have a few days’ worth of reserves left,” said Carlsberg Polska spokesperson Beata Ptaszyńska-Jedynak.

“We will be shutting down beer production any moment now … but we aren’t the only ones. Unless they have facilities to produce their own CO2, most beer companies will have to do the same.”

The energy-intensive fertilizer sector is among the first heavy industries across Europe to slash production amid the energy crisis exacerbated by Moscow’s invasion of Ukraine and subsequent Western sanctions on Russian oil and natural gas — a necessary ingredient for nitrogen-based fertilizers.

Jacob Hansen, head of the major lobby group Fertilizers Europe, said that soaring gas prices, which industry observers fear will remain high until at least the end of the year, are making it “impossible” to maintain production. 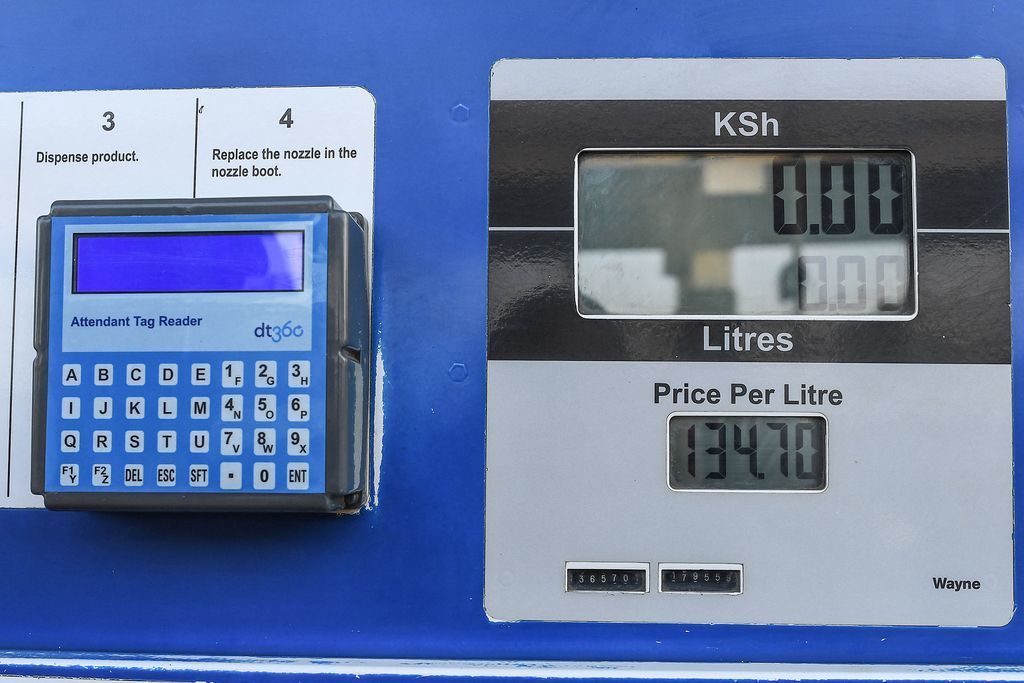 The energy crisis is exacerbated by Russia's invasion of Ukraine

“It’s an impossible situation to be in. For me it’s obvious that the European gas market is bust — it’s not functioning,” Hansen said. "We are relatively the biggest gas user — so if we see the pain, the pain will come for other people as well."

The closures have sparked fears across multiple food and drink sectors. Minette Batters, president of the U.K. National Farmers' Union, said the closure of Britain’s largest fertilizer plant was “extremely worrying.” The fertilizer market “is crucial to maintaining and enhancing our domestic food production,” she added, urging the government to review the availability of CO2 products.

Britain’s brewing and pub industry said the timing of the shutdown “couldn’t be worse” and “could lead to shortages of beer across the country.”

“Our pubs and brewers are already dealing with severe headwinds and pressures on their supply chains,” said Emma McClarkin, chief executive of the British Beer and Pub Association. “This decision raises serious concerns for the sustainable supply of CO2.”

Brewers and pubs alike are already facing “extreme” costs for energy, she warned, which threaten to close businesses and damage livelihoods across the U.K..

“Waiting even a few weeks for the government to act could be too long,” McClarkin added. “We need a sustainable plan for the supply of CO2 to our industry and urgent help with rising energy bills for businesses before they’re forced to close their doors.”

Ptaszyńska-Jedynak from Carlsberg Polska said there are also wider implications beyond beer and soft drinks, because CO2 is used for making products like dry ice, which is essential for preserving food during transport and storage.

“The situation is critical for every aspect of the food sector where CO2 is used,” Ptaszyńska-Jedynak said.

Poland's Agriculture Minister Henryk Kowalczyk said Thursday he is working on a plan that would help fertilizer producers purchase gas at a moderate price. “We are working on this. For now, I don't want to talk about the details, we already have some ideas there and we are agreeing on some solutions,” Kowalczyk said.

To ease some of the pressure, the European Commission has proposed temporarily suspending tariffs on key products for making nitrogen fertilizers, which national governments in the Council of the EU will discuss after they resume meetings in September, according to an EU official.

In the U.K., CF Fertilisers’ parent company CF Industries has already received one short-term bailout deal from the government, with a payment last September covering its operating costs for three weeks as energy prices surged on post-coronavirus lockdown demand.

This time, however, ministers appear reluctant to step in.

“While the government continues to examine options for the market to improve resilience over the longer term, it is essential industry acts ... to do everything it can to meet demand,” said a U.K. government spokesperson. 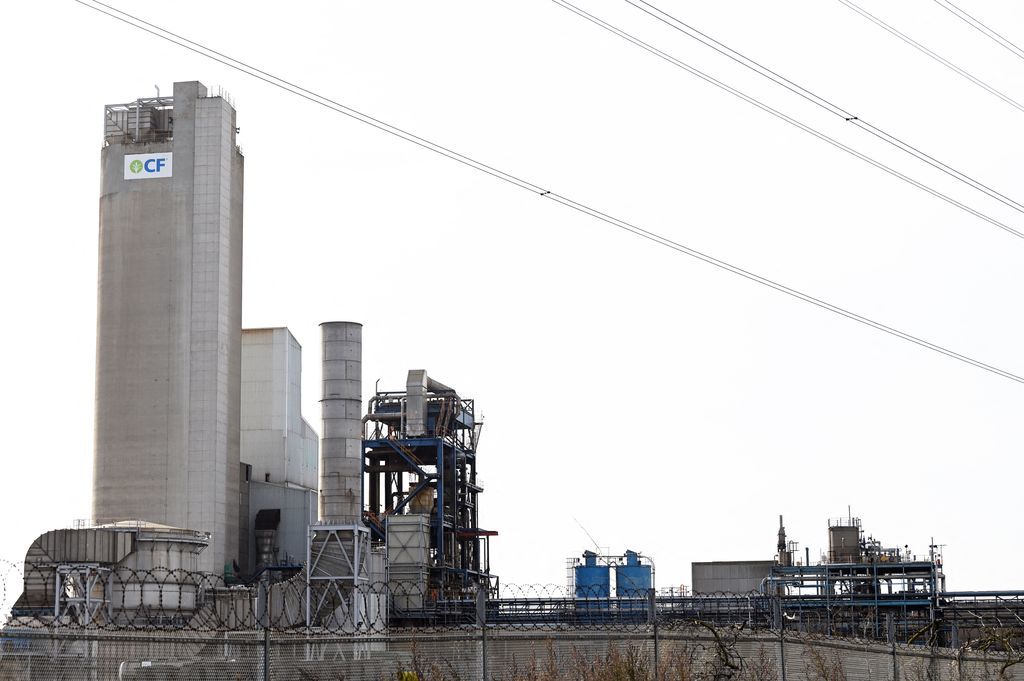 Some U.K. businesses have diversified their supplies of CO2 through imports since the initial crisis last fall. As prices rose, other industries have stepped in to capture the industrial byproduct and refine their own food-grade versions for sale. Last year the Billingham plant provided 60 percent of U.K. supplies. It now supplies only 30 percent.

“Whilst we are in a much better position now than we were a year ago,” said Nick Allen, chief executive of the British Meat Processors Association (BMPA), “the British meat industry will have serious concerns" if CF Industries stops production.

“We can’t see how government can sit on the sidelines and insist that it’s for companies to work it out amongst themselves,” Allen said. “They are going to need to step in.”

CF Industries already closed its sister plant in Cheshire back in June, leaving U.K. CO2 supplies “vulnerable to anything going wrong with their remaining Billingham plant,” Allen said. British industry, he added, has been “heavily reliant on overseas suppliers to make up the shortfall.”

Since the end of July, ammonia producers in Italy and Germany have also cut production and sent European food and drink companies “scrambling” to secure tightening CO2 supplies, Allen added.

Without sufficient gas supplies, he said, farmers will potentially face an animal welfare issue, with mounting numbers of pigs and poultry unable to be sent for processing.

“Europe has always been a relatively high-cost producer" said Hansen from Fertilizers Europe. "We export a lot of specialty products to the rest of the world … We are getting to a point where we can’t export anymore.”