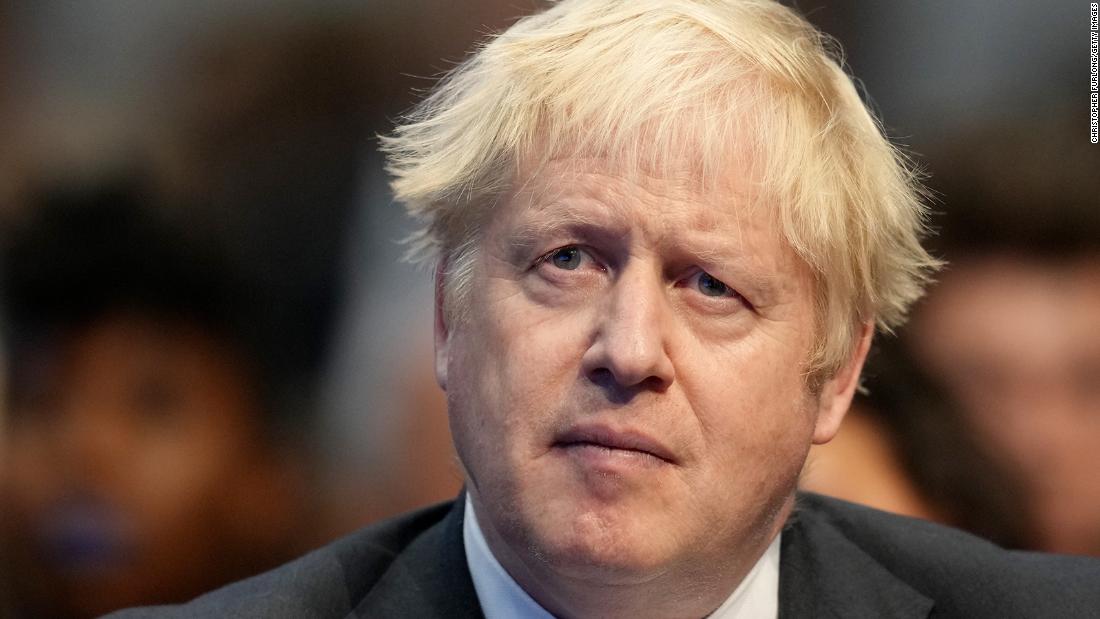 Boris Johnson's government has just laid out its annual tax and spending plans with a clear central theme: building back better after the pandemic.

The prime minister wants to overhaul the UK economy as it emerges from a deep recession by boosting productivity, skills and wages. His task is being made all the more difficult by skyrocketing inflation, shortages of goods and fuel, and massive government budget deficits.

Business could help Johnson deliver his economic agenda. But analysts and industry leaders worry that Johnson and his finance minister, Rishi Sunak, are more interested in using taxpayers' money to pursue a political agenda that appeals to voters than helping businesses recover and thrive.

Johnson's Conservatives are the traditional party of business, yet the prime minister has long had a difficult relationship with corporate interests. In 2018 while serving as Foreign Secretary, it was widely reported in UK media that when asked about business concerns over Brexit, he replied "F*** business."

The business community's fears that Johnson was more interested in delivering a hard version of Brexit that Euroskeptics could celebrate than mitigating pain for firms were not alleviated when he entered Downing Street in 2019. 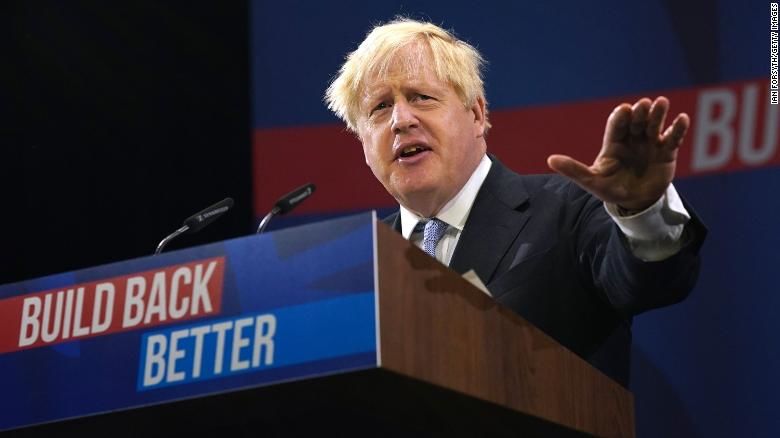 Boris Johnson delivers the keynote speech during the Conservative Party conference in Manchester on October 6, 2021.

"This government does not seem to have shown much interest in what business thinks but instead focused almost entirely on winning and retaining Red Wall voters," says Vicky Pryce, a leading economist based in London.

The "Red Wall" she refers to is a colloquial term for a handful of parliamentary seats that traditionally support the opposition Labour Party but voted to leave the EU in 2016. Most research shows that these people support left-wing economic ideas like high state spending but backed Brexit because of socially conservative ideas like limiting migration and retaining sovereignty.

Tim Bale, professor of politics at Queen Mary University and a leading scholar of the Conservative Party, says that after Brexit, Johnson realized that being the party of business wasn't going to win over these voters who he and his party would need to win a majority in any post-Brexit election.

"The new voter coalition meant that the Conservatives needed to be seen less as the party of big business and more as the party that understood why Leave won and would deliver Brexit," he says.

This worked brilliantly for Johnson in the 2019 election, when he bulldozed through the Brexit deadlock and won a number of Red Wall seats en route to a landslide victory.

"At that point in history, the reality of Brexit was more hypothetical than tangible but also by far the biggest issue voters thought the country was facing," says Bale. That gave Johnson the green light to make everything, including the concerns of business, a secondary priority to electoral success.

This approach to the economy followed Johnson into Downing Street. Businesses were largely ignored during the process of negotiating a trade deal with the EU and kept in the dark about its terms until days before implementation. 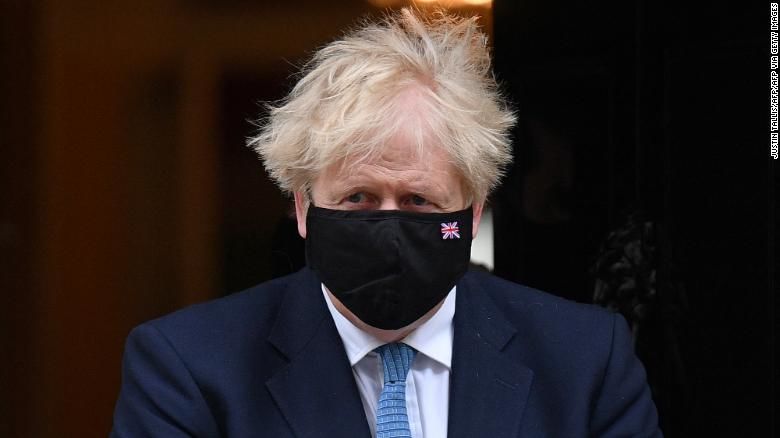 Prime Minister Boris Johnson, wearing a face mask to combat the spread of coronavirus, leaves 10 Downing Street on May 12, 2021.

"Big companies have been able to swallow the hit to some extent, but overnight, exporting to EU countries became a lot harder for smaller businesses," says Roger Barker, director of policy at the Institute of Directors.

Worse, Johnson's government has, some believe, laid the blame for these difficulties at the door of those small businesses, accusing them of not paying workers enough in order to attract staff or not taking advantage of new trading opportunities in the wider world.

"A nation's economy cannot turn on a hairpin, it takes time to adapt. The EU was easy to trade with because it was nearby, and we were in a trading bloc. Flipping a model to exporting to unfamiliar, distant countries about which we don't know as much cannot happen overnight," Barker adds.

No one could have predicted the Covid-19 pandemic would bite as hard as it did, but experts fear Johnson is taking a familiar politics first, economics second approach to the UK's recovery. On Wednesday, Sunak announced some tax cuts for businesses and funds for skills investment, but he also reduced taxes on draught beer.

Earlier this year, the government announced a series of tax hikes to plug the gap on social and health care. While more money for care is largely popular with the public, business groups have warned that this would reduce investment and make life very difficult for smaller companies.

These additional burdens come as costs for small businesses in all sorts of areas.

"There are higher costs for things like raw materials and a strained supply chain, to which the UK is more exposed to because of Brexit," says Suren Thiru, head of economics at the British Chamber of Commerce.

Any confidence felt in the business community earlier this year has slipped, as the pandemic refuses to end. With the recovery stalling, the UK economy is expected to regain its pre-pandemic size months later than many other developed countries. 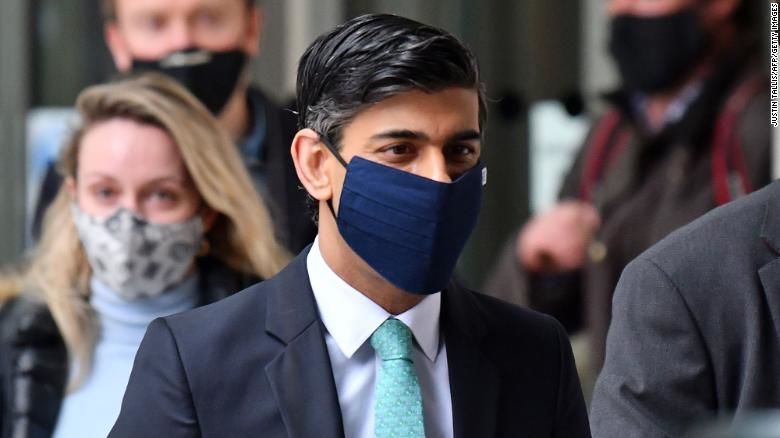 "There is complacency in Westminster over the underlying strength of our economic recovery. We are seeing government tighten fiscal policy ahead of other nations despite clear signs of headwinds," Thiru adds.

The fact that the Conservative Party, the traditional party of the small business owner, is treating the community as troublemakers who are getting in the way of politics is nothing short of remarkable.

This is, after all, the party of wealth creation that privatized so much of the public sector in the 1980s. Its most famous leader, Margaret Thatcher, created the conditions that made the City of London one of the most extraordinary financial centers in the world.

However, when you consider the political project that Johnson and his party are undertaking, it all makes more sense. They are trying to fundamentally transform the UK into a different type of country, where a highly-skilled British workforce takes jobs that would have previously been filled by immigrants.

Business is more than happy to go along with this, but wishes the government would acknowledge this is a long-term project that cannot be implemented without inevitable short-term consequences.

Barker says "this government seems to get exasperated with business" as it wants business to adapt to this new model as quickly as possible. "If companies are experiencing labor shortages, the government position is often that it's their fault as they should be paying more or should have been better prepared -- ignoring the fact it's a process."

Bale thinks the government's short-term thinking could backfire. "There is a danger that the government focusses too much on its new electoral coalition and loses small business owners badly affected by Brexit's downsides. And if the impact on business starts to measurably affect the people who work for those companies, at some point it might come back to haunt Johnson."

A lot has happened in the UK since the 2016 Brexit vote. However, the Conservative Party's pivot towards ideas that would have been unthinkable in the 1980s has been one of the least predictable.

For all the talk of recovery, Johnson is clearly banking on the economy being fundamentally changed: fairer, greener, more productive. And the gamble he is taking is placing himself and his government at the center of that recovery. It's a big bet to make in a country whose politics has been so volatile at a time the world's been turned on its head.

But Johnson is nothing if not single-minded and ambitious.