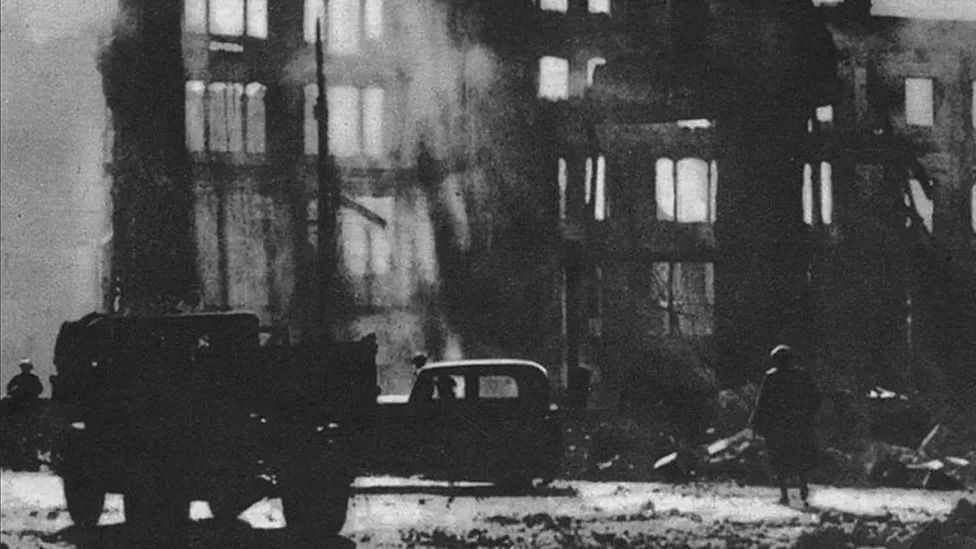 There are potentially thousands of unexploded World War Two bombs around Wales, with emergency services still dealing with up to 20 callouts a year.

With the coastal towns of Cardiff and Swansea key German targets, many are thought to be in these areas.

At the start of the war, the authorities were "utterly unprepared" how to deal with unexploded bombs, according to historian Steve Day.

A bomb disposal officer was expected to live for two months.

Mr Day said this was consistent with a "farcical approach" at the start of the conflict, with kit typically comprising of a hammer and chisel, ball of string, and maybe a stethoscope if they were lucky.

He added: "The running joke was 'join the Army and see the world, join the bomb disposal squad and see the next world'."

It was an issue my family are all too aware of because on 21 February 1941, my then 15-year-old grandfather, Les Prior, was on traffic duty on Swansea's Castle Street.

As part of the Home Guard, his role was to direct cars away from the area while bomb disposal experts tried to defuse a massive unexploded device dropped during the Three Night Blitz on the town. 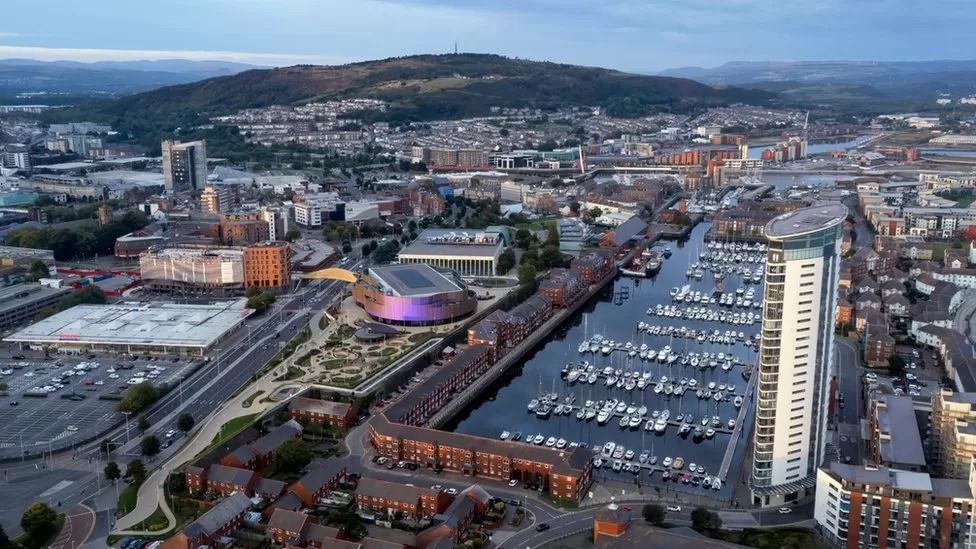 Swansea city centre had to be rebuilt after being targeted during World War Two
At about 17:00 he recalled a "whoosh of air" which blew him flat on his face and destroyed the street's shopfronts.

Being several hundred yards away from the blast, he was thankfully uninjured, but seven sappers from the Royal Engineers were not so lucky.

In 1941, Wales became a major battleground, not only because of the industrial targets along the Bristol Channel, but because of the undefended route it offered to the north-west of England.

"Cardiff, and particularly Swansea were key targets in their own right, especially given the oil refinery at Llandarcy, but the gaps in Welsh air defences made us a back door to attack the far more important prizes of Liverpool on the North Atlantic shipping route," Mr Day said.

"There were no gun emplacements in the gaps between Pembroke, Swansea and Cardiff."

Because of this, more than 80 years later, the sight of Ministry of Defence (MoD) vehicles rushing to emergencies are still a common sight on Welsh roads.

This is because about 10% of all German bombs dropped on Wales failed to detonate. 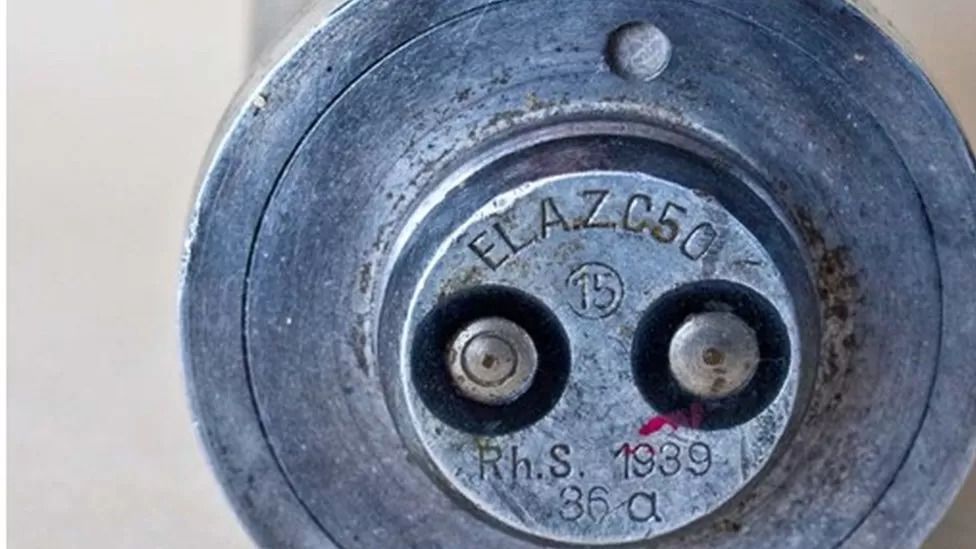 As soon as UK authorities learnt how to deal with a certain type of bomb, a new one was developed

Given that there were 743 air raids over Wales, each containing between five and 30,000 devices, many thousands are potentially still lying undetonated, Mr Day believes.

The author and historian from Swansea has charted the different ways they have been tackled over the decades in his book Danger UXB WW2 Wales.

"At the start of the war, we were utterly unprepared for how to deal with unexploded bombs," he said.

"There were various plans for ARP (air raid precautions) and police to chart them falling, and for volunteers to collect them for disposal in a safe place, but it quickly became apparent that this wasn't going to happen."

MoD worker Mr Day said responsibility was soon switched to the armed forces, with each of The Army, RAF and Royal Navy taking charge of drops in their own areas of command.

Before the first attack had even hit Wales, an early example of bombs used by the Luftwaffe had been sent to RAF Sullom Voe on the Shetland Islands for inspection.

But a lot of time and effort was spent for nothing, with Mr Day adding: "The Germans had actually registered the copyright for the Type 15 fuse with the Patent Office in Newport in 1932.

"All the British would have needed to do was to inspect the plans, and they could have saved themselves several months of research."

He said that unexploded bombs are not always where you would expect them to be, near their intended targets.

"Having carried out a bombing raid on Liverpool, German bombers would rush back over mid Wales pursued by night fighters and would just drop whatever bombs they were still carrying, in order to gain height and speed," Mr Day added.

"That means bomb disposal teams are often called out across many parts of what was rural Wales to unearth high explosives in what were just fields during World War Two."

By 1941, The Luftwaffe had worked out that British bomb disposal experts had figured out how to short-circuit Type 15 fuses.

They then used the Type 17, which contained a mechanical clock, set to go off anything from a minute to several days after landing.

But Mr Day said these were "ingeniously countered" with either pumped-in sugar based viscous fluid to gum up the clockwork mechanism, or a magnet known as "the clock stopper" which would disrupt its iron parts.

Germany again responded with anti-tamper fuses, which would immediately explode when anyone tried to remove them, he said.

One of these one tonne (1,000kg) bombs killed seven men in the single biggest loss of life for bomb disposal during the entire war.

Mr Day explained: "They were using a process called 'trepanning', whereby you bore into the side of the bomb with a steam drill and then force steam into the bomb casing to allow the liquid TNT to flow out.

"However, like many other cases, this bomb was embedded deeply in the road, and as they tried to lift it out with whatever materials came to hand - planks or even doors from nearby bombsites - the bomb went off and killed all those around."

Mr Day said many of the same methods and techniques of bomb disposal from World War Two are still used to this day, although robots carry out a lot of the most dangerous roles.

From a high in the 1950s of about 80 unexploded bombs a year, even now in Wales it is not uncommon to receive around 20 callouts.