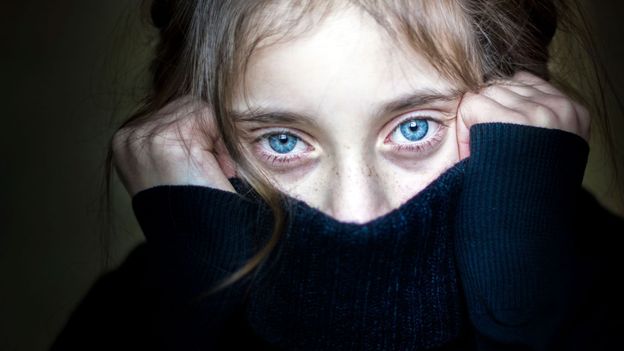 Why we're so terrified of the unknown

Our deep fear of the unknown not only scares us, but it can scramble our brains. Why does uncertainty make us so uneasy?

Imagine you are expecting to hear back from a potential new employer about an exciting job offer. Your interviewer was hard to read – there’s simply no way of guessing the outcome. As the days go by, do you half wish that you could just know the outcome – even if it is bad news – rather than endure a single minute more of the agonising wait?

How about your feelings during dating? Would you rather that someone told you, upfront, that they didn’t want to see you again, rather than waiting for your phone to ping with a new message? Would you even risk your dignity by asking for signs of commitment at an inopportune moment?

In both scenarios – and many more – a feeling of uncertainty can bring acute discomfort. For some people, a general inability to process ambiguous situations can even fuel chronic anxiety disorders. “Uncertainty can intensify how threatening a situation feels,” says Ema Tanovic, a psychologist with the Boston Consulting Group in Philadelphia, who has also researched the consequences of uncertainty at Yale University.

Scientists including Tanovic are now making huge strides in explaining why uncertainty can be so excruciating, and delineating the knock-on consequences for our decision-making and behaviour. By understanding those mechanisms, we can learn to alleviate those feelings – and perhaps even thrive under the fear of the unknown.

Our knowledge of uncertainty’s effects on the brain and body comes from a series of slightly sadistic studies.

In a typical experiment, participants are hooked up to electrodes, capable of delivering a harmless, but slightly painful, electric shock to the skin, while the researchers measure physiological responses that tend to correlate with stress – such as the sweating of the skin or changes in pupil size. 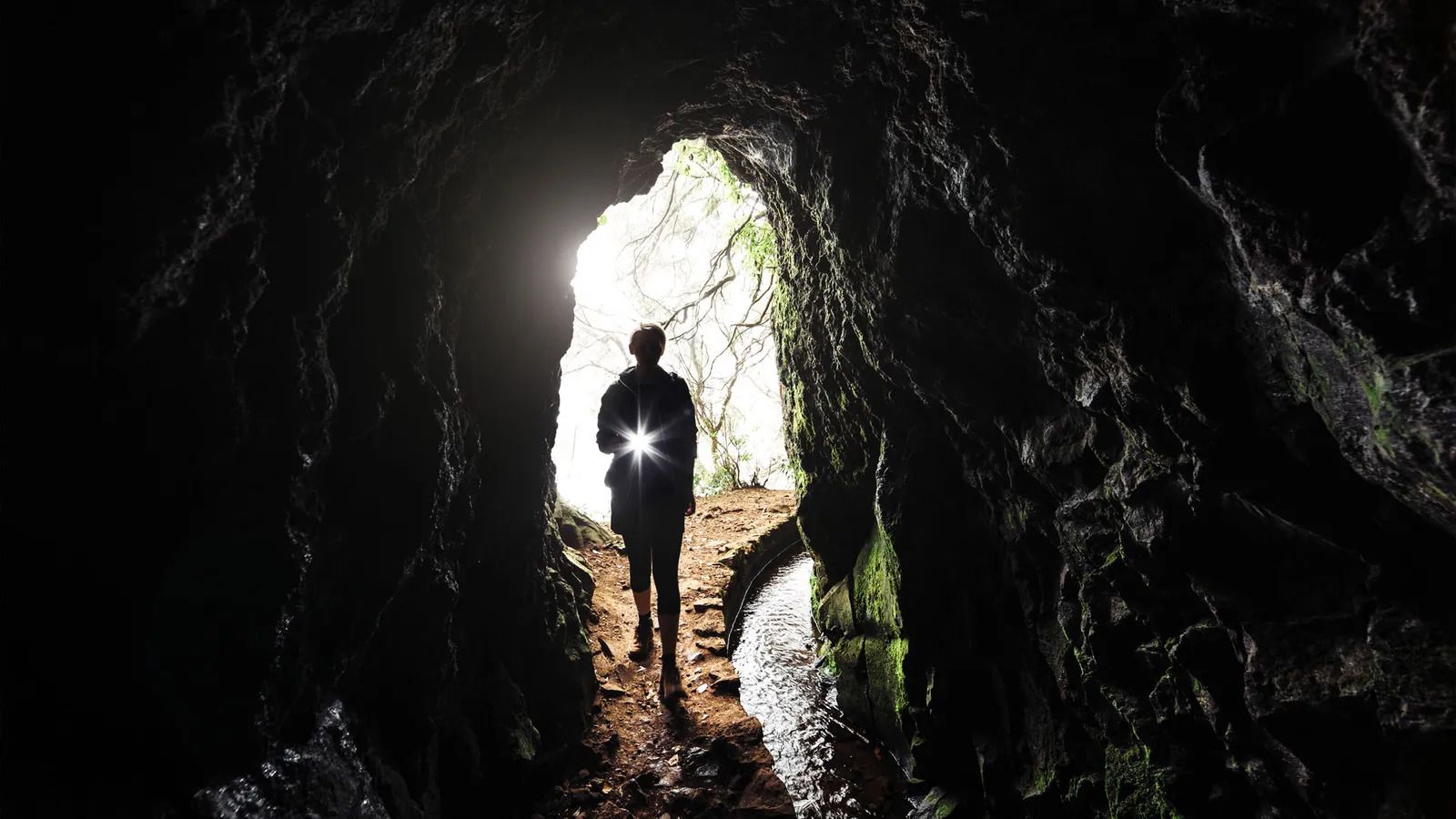 Putting yourself into an uncertain situation can be terrifying, but there are behavioural approaches that can help lessen the anxiety

In study after study, the researchers found that any element of unpredictability significantly increases people’s discomfort, despite there being no objective difference in the intensity of the shock. Participants show greater stress if there is a 50% chance that they might receive a shock, for example, compared to situations in which there is a 100% certainty that they will be electrocuted.

“If we think in purely rational terms, this does not make sense: a 50% chance of a shock should be half as anxiety provoking as a 100% chance if all we care about is the threat itself,” says Tanovic. “But this is not how our minds work.”

And it’s not just the uncertainty of a threat that causes discomfort: we’re also reluctant to place ourselves in potentially profitable situations if they involve an element of unpredictability.

Tanovic recently asked participants to play a game called the “Uncertain Waiting Tasks”. It doesn’t take much skill – throughout various trials, the participants have the chance of winning a little money. The outcome of each trial is purely random, but the participants do have a choice to know the result immediately, instead of waiting a few seconds before they find out. The immediate knowledge comes with a penalty, though: if they do win the trial, they will have less chance of winning and the prize will be smaller.

Despite it being the more rational option, only 37% of the participants opted to wait on every single trial. The rest were willing to take a financial hit to avoid some of the anxious waiting in a state of uncertainty.

Uncertainty can intensify how threatening a situation feels – Ema Tanovic

Tanovic says that many everyday situations elicit the same kind of reaction. “People can try very hard to reduce uncertainty and the anxiety that comes with it, like repeatedly calling a loved one to make sure they are OK, texting a crush incessantly when they haven't texted back, compulsively refreshing one's inbox when expecting to hear back about an interview,” she says. “Sometimes it works, and the behaviour resolves the uncertainty, but these actions can often be quite costly in terms of the time, effort and effect on relationships.”

Neuroscientists have started to track the brain activity behind this kind of flawed decision making. The research is still ongoing, but the results so far offer some hints of the neural response to uncertainty. There appears to be heightened activity in the amygdala, for example, which may reflect a state of “hypervigilance”, so that we are extra alert to potential risks. Uncertainty also seems to trigger the anterior insula, which is involved in weighing up the consequences of a particular event, and which may inflate the brain’s estimates of the potential damage.

Our reactions to uncertainty may have made sense in evolution. The brain is constantly trying to predict what will happen next, allowing it to prepare the body and mind in the most effective way possible. In uncertain situations, that planning is a lot harder – and if you’re potentially facing a predator or a human foe, the wrong response could be deadly. As a result, it could pay to err on the side of caution – either by avoiding the uncertainty altogether or by putting the brain and body in an aroused state that is ready to respond to a changing situation. 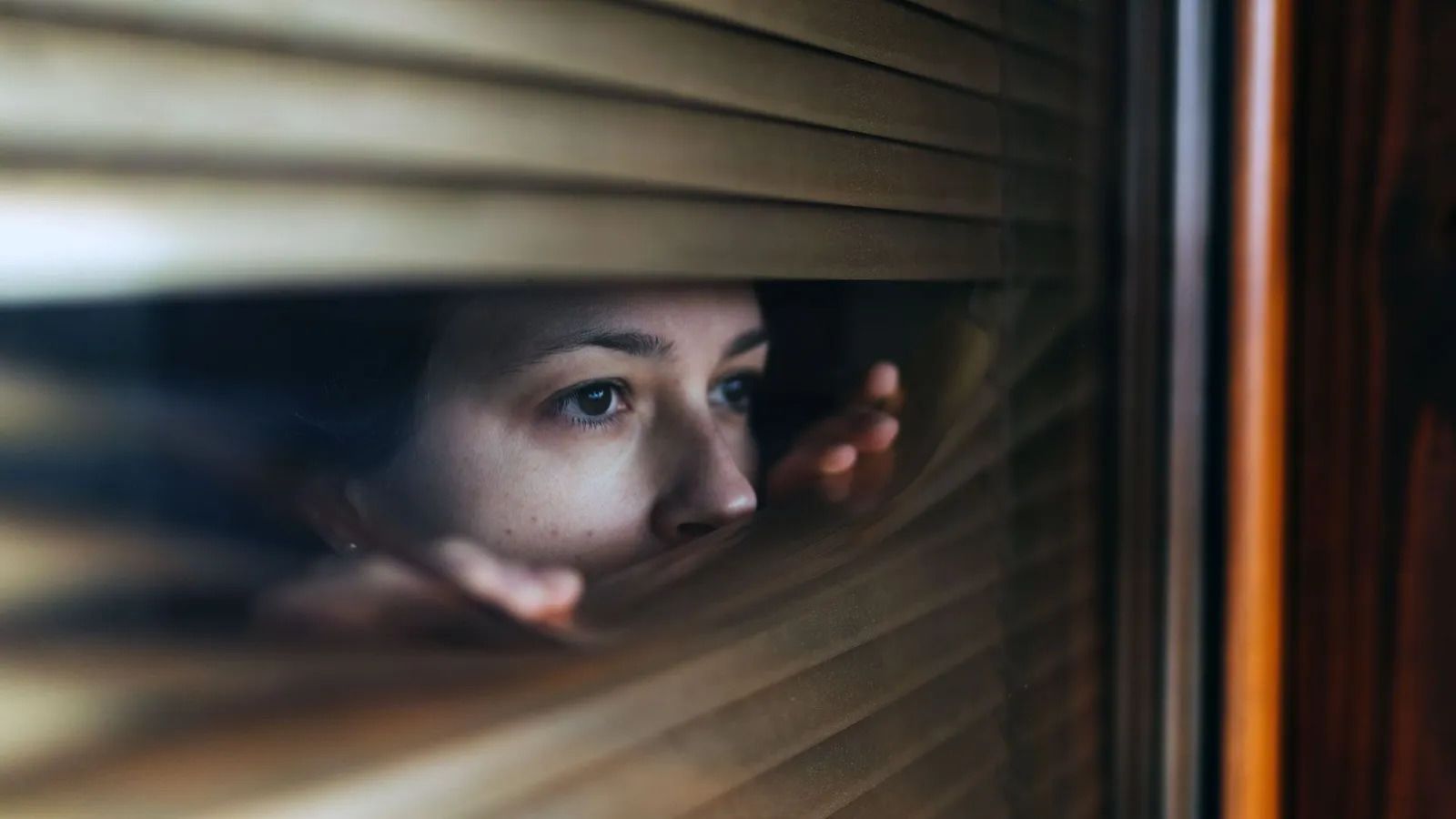 In many cases, a feeling of uncertainty can bring acute discomfort, and even trigger anxiety disorders

“Treating unknowns as potential threats would have been adaptive, as long as the associated anxiety did not compromise [essential activities] such as seeking food and shelter, or selecting mates,” explains Nicholas Carleton, a psychology professor at the University of Regina, Canada. In his opinion, the “unknown” represents one of humanity’s “fundamental fears” – perhaps even more important to our behaviour than our fear of death.

A matter of interpretation

Despite this common evolutionary foundation to our fears of the unknown, people may vary greatly in their perceptions of uncertainty – beliefs that may shape their responses and their consequences for someone’s health and wellbeing.


*  It frustrates me not having all the information I need


*  I should be able to organise everything in advance

*  When it’s time to act, uncertainty paralyses me


*  The smallest doubt can stop me from acting

People who score high intolerance of uncertainty tend to show heightened stress responses to uncertain situations. Intriguingly, they also tend to find it hard to “unlearn” fears, once safety has been established. In those electric-shock experiments, for example, participants may come to associate a cue – such as a particular picture or sound – with the feeling of pain. After a while, however, the researchers simply stop delivering the shock.

Eventually, most people will stop exhibiting heightened stress when they come across the cue. But those with high intolerance of uncertainty need a lot more exposure to the now-harmless cue, than people with low intolerance of uncertainty. “They display difficulties in updating the old threat associations to new safety associations,” says Jayne Morriss, a research fellow at the University of Reading, UK, who has conducted many of these studies.

This may be one reason why high intolerance of uncertainty greatly increases someone’s vulnerability to a range of anxiety disorders and depression, as fears linger long after the potential threat has passed.

In most cases, uncertainty appears to be a core element of anxiety – Nicholas Carleton

An inability to process the unknown could also increase rumination – another known contributor to many mental illnesses – as the mind cycles through every possible outcome of the situation at hand. “In most cases, uncertainty appears to be a core element of anxiety,” says Carleton.

Carleton and Morriss both point out that many existing psychotherapies can increase people’s tolerance of uncertainty.

Cognitive behavioural therapy, for example, can teach people to stop ‘catastrophising’ thoughts that might be triggered by an unpredictable event and to question their ability to cope with uncertainty. Some people may assume that they simply cannot function without resolving every unknown, leading them to feel paralysed whenever things don’t go exactly to plan.

But with gentle encouragement to step outside their comfort zone, they may find the feelings are not nearly as bad as they fear and that a small amount of chaos in their lives can even offer an opportunity for learning and growth. At work, for instance, you might volunteer to take on an unfamiliar job – and see whether you can manage far better than you think, despite your doubts. (You can read more examples here.)

Whether or not you suffer from a clinical disorder, it may be worth remembering that attempts to predict the future are often completely futile. “When we worry, we think about the possible outcomes of an uncertain situation in an attempt to somehow prepare,” says Tanovic. “In reality, worrying does not reduce the uncertainty we face and instead sets us up to feel more anxious.” As the ancient Stoics taught us, we’d do far better to accept our inability to control the situation.

In some cases, we may even be able to recognise that uncertainty can be a source of excitement. We may not relish the discomfort at the time, but in hindsight, it’s often the element of surprise that makes our successes all the sweeter. Life would be very dull, after all, if the outcome of every event were known in advance – and by learning to acknowledge that fact, we may be better equipped to navigate those unsettling moments of emotional limbo.