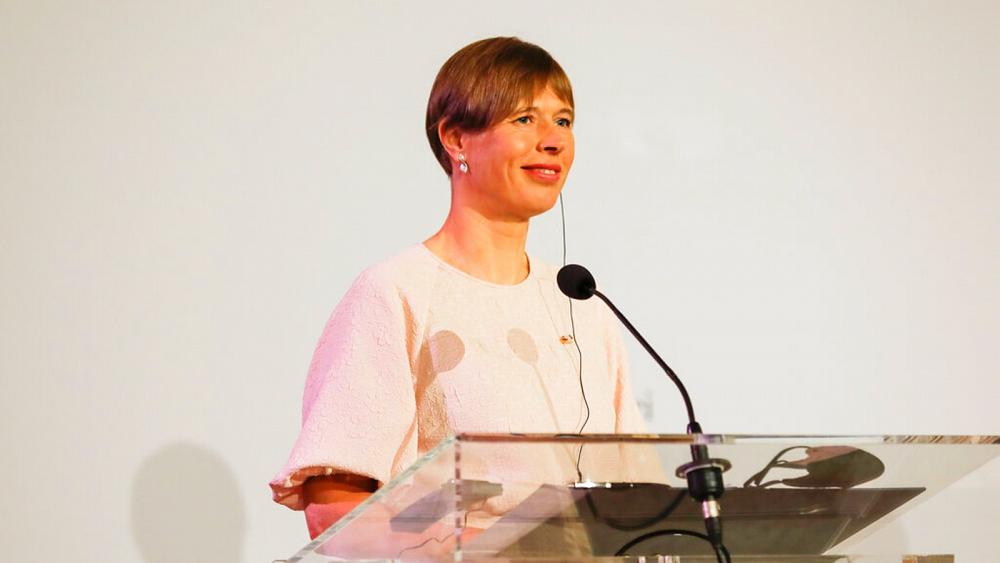 Why is no one stepping forward to be Estonia's next president?

Critics say because the parliament elects Estonia's president, political calculations are being put before anything else.

It's the election without any candidates. Just days before Estonian MPs are set to vote for the country's next president, no one has yet thrown their name into the hat.

Normally at this stage, presidential hopefuls would be jostling for position and hoping to convince parliamentarians to back them.

But this year it's different. Critics say because the parliament elects the president, political calculations are being put before anything else.

If it was down to Estonians, incumbent president Kersti Kaljulaid would be re-elected for a second, five-year term.

A recent poll by Kantar Emor, Kaljulaid got the highest proportion of first-choice votes (37% of respondents). In addition, 51% of survey respondents put her in their top three.

How powerful is Estonia's president?

In Estonia, the president’s most powerful capacity is to send law proposals back to the parliament if deemed in need of changes.

She or he also plays a major role in representing the country abroad.

The charismatic Kaljulaid, a long-time member of the European Court of Auditors, was an unexpected candidate five years ago, getting elected in the sixth round of voting.

She has since convinced Estonia with her down-to-earth demeanour, unwavering opinions and humour.

Kaljulaid has repeatedly stated she is available for a second term. But in the presidential election system of the small Baltic nation, the 101 members of the parliament (the Riigikogu) will make the decision. It’s not even up to Kaljulaid to announce her own candidacy.

In other words: one could want to become president of Estonia, but one first needs MPs for support. A party can nominate a willing candidate with 21 votes, a process that will start on Thursday (August 26). To then win the first round of voting, on Monday (August 30), a nominee needs to secure 68 out of 101 votes (a two-thirds majority).

If no one reaches this number, one or two more votes will be held the day after.

To make things even more uncertain, new candidates can be added to the roster at several moments during this process.

Estonia’s current political landscape means support is hard to come by and even harder to unify.

In order to keep the peace inside the coalition, Kallas and Ratas agreed that they would present a joint candidate. However, with just 59 seats, these two parties do not have enough votes to ensure their candidate will be the next president.

This cuts off Kaljulaid from a second term because Ratas views her as too political.

The coalition has agreed to nominate Alar Karis, the director of the prestigious Estonian National Museum.

The question is: will opposition parties be willing to back his candidacy on Monday?

Will Estonia change its electoral system?

With so little time before MPs vote, criticism on the mechanics of the election process is mounting. That is the political calculations are seemingly more important than the opinions of the candidates.

"In a world full of contradictions, it is important to know what the president thinks about polarising domestic issues," writes political commentator Toomas Sildam at the national broadcaster ERR.

Kallas managed to snatch the top job from Ratas in January. In the years before, Ratas lead a wobbly coalition with the radical rightwing EKRE party. This cooperation faced vehement criticism from Kaljulaid, who became famous for her "one-women opposition".

Even though Kallas and most Reform MPs would probably like to see Kaljulaid continue, their partnership with the Centre Party prevents them from launching Kaljulaid’s second term.

Already back in 2016, several experts were calling for changes - and this time is no different.

Piret Ehin, a professor of comparative politics at Estonia’s well-regarded University of Tartu thinks this year’s process is another reason to do so, he writes in an opinion piece published by ERR: "The uncertainty accompanying the current system can undermine the legitimacy of elections, dissuade suitable candidates from running and alienate citizens from politics."