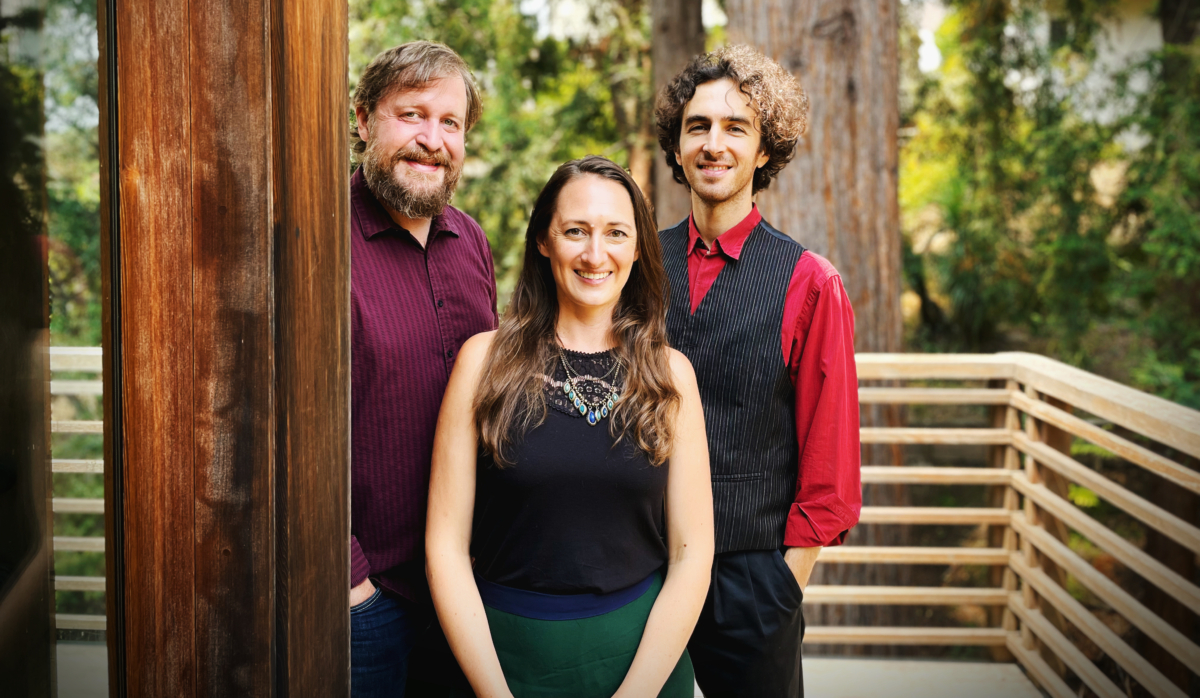 The Orly Museum of Hungarian Culture opened in September 2019 in what was once a family abode at 1720 Arch St. in Northside Berkeley.

Zina Bozzay, who has dedicated her life to preserving traditional Hungarian music, will perform with her folk trio Vadalma Sunday afternoon outside the Orly Museum of Hungarian Culture in Berkeley.

Tucked away on the slopes of Berkeley’s Holy Hill, there’s a small island of Magyar culture that offers a window into one of the most consequent but misunderstood peoples of Europe.

What was once a family abode at 1720 Arch St. is now Berkeley’s youngest museum, the Orly Museum of Hungarian Culture, which is free to the public two Saturday afternoons every month. Founded and run by Elvira J. Orly Machell and her older sister Ilona Orly Magyary, the museum opened in September 2019, only to be shuttered by the pandemic six months later.

Using the backyard garden as its primary venue, the museum got back to business in June 2020, adding ticketed concerts to the calendar. Sunday afternoon’s performance features vocalist Zina Bozzay and her trio Vadalma, which plays her arrangements of Hungarian folks songs she’s collected both from vintage recordings and in person from village elders. On Sept. 18, the museum holds a reception for a new exhibition of paintings by Margo Szabo Szilas that features violinist Tibor Horvath.

A work in progress, the museum occupies the house where the Orly sisters spent their teenage years. Their American-born parents, Cyrill and Elvira Orly, were the children of Hungarian immigrants who hailed from Austro-Hungarian Empire territories that ended up ruled by Romania and the Ukrainian Soviet Socialist Republic in the aftermath of World War I. Cyrill and Elvira played a central role in the Bay Area’s Hungarian community for decades, launching the theatrical and singing group Dalarda and helping settle Hungarian immigrants and refugees who landed in the Bay Area.

Amid the museum’s displays are references to key moments in recent Hungarian history, like the 1956 uprising against communist rule that was crushed by the Soviet Union. There are numerous cultural artifacts collected by the Orlys or donated by other families, including traditional outfits decorated with intricate embroidery and gorgeous figurines, bowls and table settings by the renowned Hungarian porcelain companies Herend, Zsolnay and Fischer. There are also two working cimbaloms, the large Central European hammered dulcimer often used in Roma ensembles.

“Music is such a welcoming way to share Hungarian culture,” said Elvira Orly Machell. On a recent Saturday morning she and her sister walked me through the museum as they prepared to open for the public that afternoon. The garden concerts provide an intimate setting that’s ideal for families, “which is why children nine and under are free,” she said.

Vocalist Zina Bozzay has known the sisters for years through the Bay Area Hungarian community, but Saturday’s concert is her first at the museum with Vadalma, a trio featuring Berkeley violinist Matthew Szemela and San Francisco cellist Misha Khalikulov. While she’s a conservatory-trained pianist, Bozzay doesn’t play the instrument in the group. Instead, she sometimes takes up percussive cello, which is known in Hungarian as an ütőgardon or gardon.

Now based with her family in Budapest, she’s been in the Bay Area this summer teaching in-person outdoor singing workshops (including a session Saturday hosted by Kitka through The Kitka Institute). She hasn’t had a chance record since her 2018 debut release Vadalma: Music of Elderflowers, but she’s presenting new arrangements and premiering several songs “that I collected personally from singers in the villages,” she said.

Hungary has suddenly loomed large in the American imagination if you pay passing attention to the culture wars designed to feed cable news traffic and Twitter engagement. The debate focused on Prime Minister Viktor Orbán, who’s been in power since his party Fidesz won a sweeping parliamentary victory in 2010. Championed by some figures on the American right in recent months, particularly Tucker Carlson, for his refusal to accept refugees from Islamic countries and his defense of traditional Hungarian culture, Orban has been equally demonized on the left for those policies and for undermining the independence of Hungary’s judiciary and press.

Living in Budapest for the past four years has given Bozzay a perspective that elides simple left/right schematics. Bozzay said she’s no apologist for Orban, but she sees why Hungarians bristle when the American media squeezes Hungary into a familiar red state/blue state political matrix. For Hungarians an issue like closing the borders resonates through the country’s history as the homeland for a people who struggled for centuries to maintain their culture in the face of domination from successive empires (including the Ottomans, Hapsburgs and Soviets).

“There’s a desire to have autonomy and not let others choose how Hungarians live,” she said. “The position is just because the U.S. and Europe have a multicultural society we shouldn’t have to make that same choice. It’s a small nation with a language and culture that’s threatened. Which isn’t to say that Hungary is homogenous. The Carpathian basin is diverse, but that diversity is very different than a country where there’s people from all over the world.” 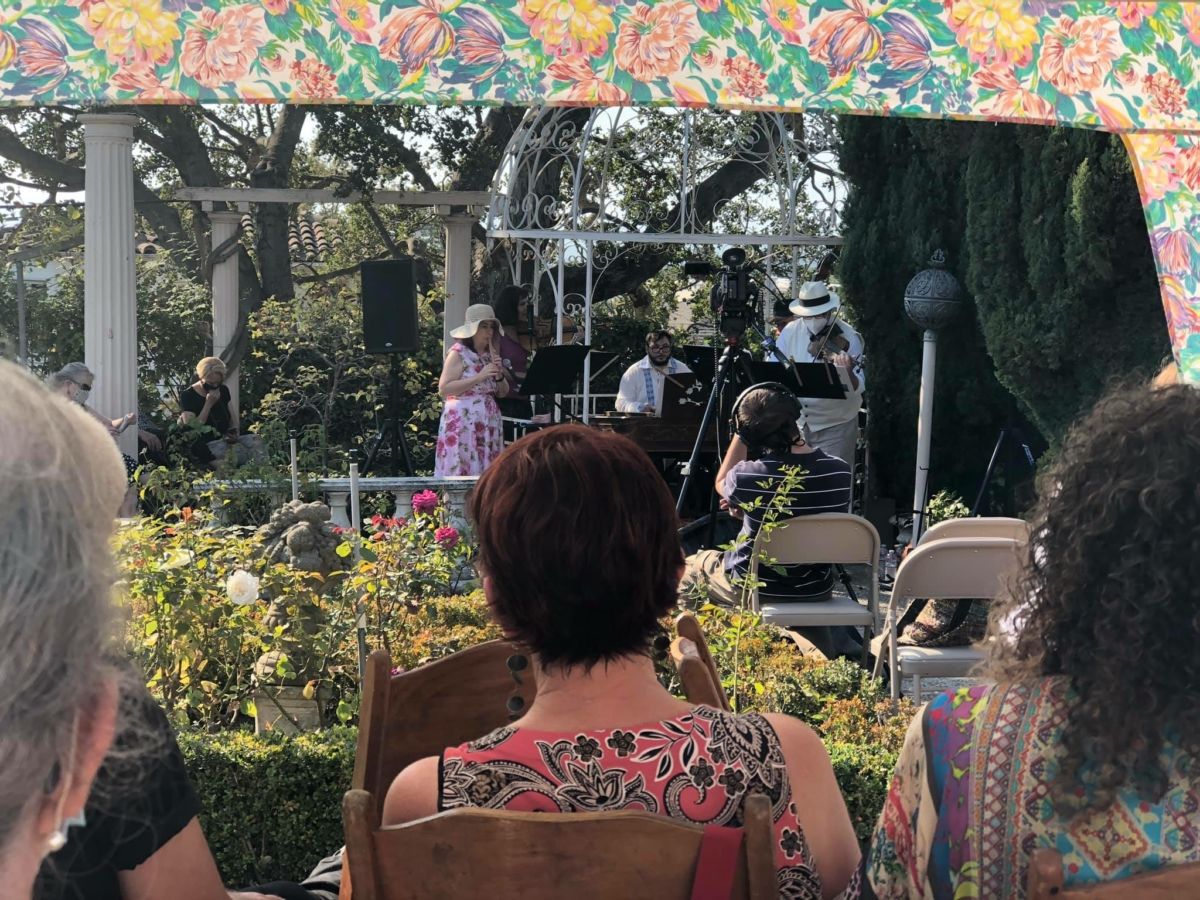 Despite Hungary’s position in at the center of Europe, the country is a cultural island with 13 million speakers of a language unrelated to any tongue closer than the Khanty and Mansi peoples of Siberia. After centuries of pillaging across the continent, the Magyar people settled in the Pannonian grasslands, where the 1000 AD coronation of Stephen I solidified that country’s identity. He made the consequential decision to align Hungary with Roman Catholicism rather than an Eastern rite church, making his kingdom Western Europe’s eastern redoubt (instead of the northwesternmost frontier of Byzantium).

But in the case of Hungary, linguistic singularity doesn’t translate into genetic distinctiveness (unlike say, the Basques). Razib Khan, the founder of the blog Gene Expression, who often writes about population genetics, recently noted in a column on Hungary that “by looking at hundreds of thousands of genetic markers, researchers have been able to compare Hungarians to their neighbors. Are they as genetically unique as they are ethno-linguistically? No, Hungarians are just another European population … genetically very similar to Bulgarians, Romanians and Slovaks.”

So what’s gained and what’s lost if Hungary’s culture melds into the European Union? It’s not surprising that Bozzay, who has dedicated her life to documenting and preserving traditional Hungarian music, would place a premium on the country’s rich musical heritage. But her perspective on the United States also informs what losing touch with traditional culture can cost, when music no longer binds people together.

“We feel we have access to everything, but we’re hard pressed to find a shared repertoire,” she said. “A villager might know 300 songs with numerous verses by heart. It’s not just that people here aren’t singing folk songs, they’re not singing! People look at photos of me with these old aunties in the village and see poverty. I see wealth. Wealth of traditions, culture, and knowledge.”

She’s heading back to Budapest next week, but before then Bozzay will be raising her voice at the Orly Museum in striking Magyar song, sharing some of the traditions, culture and knowledge she’s gleaned from the countryside.