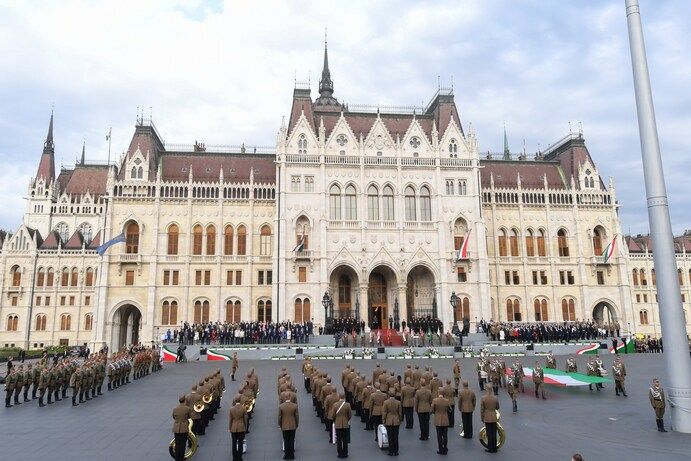 Two top officials with Hungary’s National Meteorological Service (NMS) were fired Monday after severe storms they had forecast for the capital on the country’s most important national holiday did not materialize, instead passing to the south.

The forecast called for intense storms in Budapest around 9 p.m. local time, according to reporting from the Associated Press, leading organizers to postpone a massive annual fireworks display. The fireworks show celebrating St. Stephen’s Day, a holiday that marks the country’s founding, is usually watched by more than a million people. 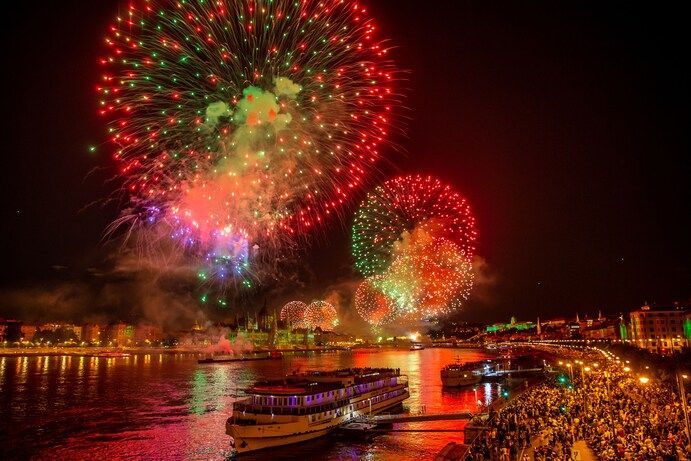 A crowd gathers to watch fireworks over the Danube River during celebrations in Budapest in 2021.

After the errant forecast, Hungarian media criticized the agency. The NMS issued an apology on its Facebook page the next day, but it was too late to save the jobs of the agency’s chief, Kornelia Radics, and her deputy, Gyula Horvath.

On Tuesday morning, 17 agency leaders again posted a statement on the meteorological service’s Facebook page to demand that their fired colleagues be reinstated as soon as possible, saying that the firings were politically motivated and that the forecast was issued based on the best possible information at the time.

“It is our firm view that, despite considerable pressure from decision-makers, our colleagues … provided the best of their knowledge and are not responsible for any alleged or actual damage,” the statement reads.

Bob Ryan, former president of the American Meteorological Society, told The Washington Post that the firing sends a “chilling message” to professional scientists.

“I think it’s outrageous and now makes every forecaster working in Hungary frightened they may lose their job because of a wrong forecast,” Ryan said.

“Like anyone, a meteorologist should be held accountable for their performance at work,” Lanza said. “But unless they carried out their duties in a negligent or insubordinate manner, it would be unjustifiable to fire a forecaster based on that single forecast.” 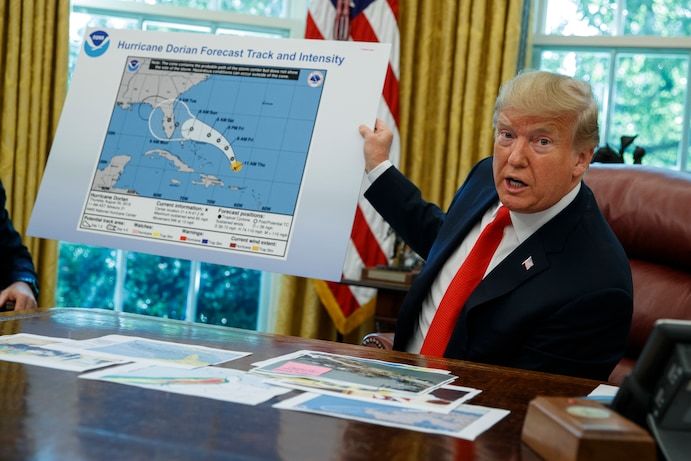 President Donald Trump talks with reporters after receiving a briefing on Hurricane Dorian at the White House on Sept. 14, 2019. In his hand is a modified map with an added section in marker showing the storm's track moving into Alabama, after Trump falsely declared that the hurricane would extend into that state.

This is hardly the first time that scientists have faced pressure from their government.

During the “Sharpiegate” controversy, when President Donald Trump displayed a doctored forecast for 2019′s Hurricane Dorian, several officials at the National Oceanic and Atmospheric Administration (NOAA) feared that they might be fired for standing by their policy on scientific integrity.

Trump had erroneously tweeted that Alabama could be in the path of the storm system, a decision he and members of his Cabinet stood by despite NOAA forecasts showing little to no impact in that state from the storm.

This month, the firing of a top environmental official in Brazil caught global attention. Samuel Vieira de Souza, director of the Brazilian environmental agency IBAMA, was fired in what the AP reported was a possible act of political retribution after he sat down for an interview with a Brazilian television station to discuss illegal gold mining in the Amazon.

President Jair Bolsonaro has pushed for opening up more of the Amazon to legal economic activity, and some have criticized his Amazon policies, which have worsened deforestation — Brazil’s top source of greenhouse gas emissions.

In another incident, North Korean leader Kim Jong Un once appeared to become angry at members of his country’s meteorological service, scolding them a month after a severe drought hit the country in 2014.

In another instance, six Italian seismologists were jailed and convicted of manslaughter in 2012 years after a lengthy legal battle following their failure to predict a 6.3-magnitude earthquake in 2009 that killed 308 people. Their sentences were later overturned, and the seismologists were cleared of wrongdoing.

The trial stunned many in the scientific community, as earthquakes are difficult, if not impossible, to predict — though some say progress has been made. Scientists have been able to develop programs that can give limited forewarning of earthquakes, including California’s ShakeAlert system.