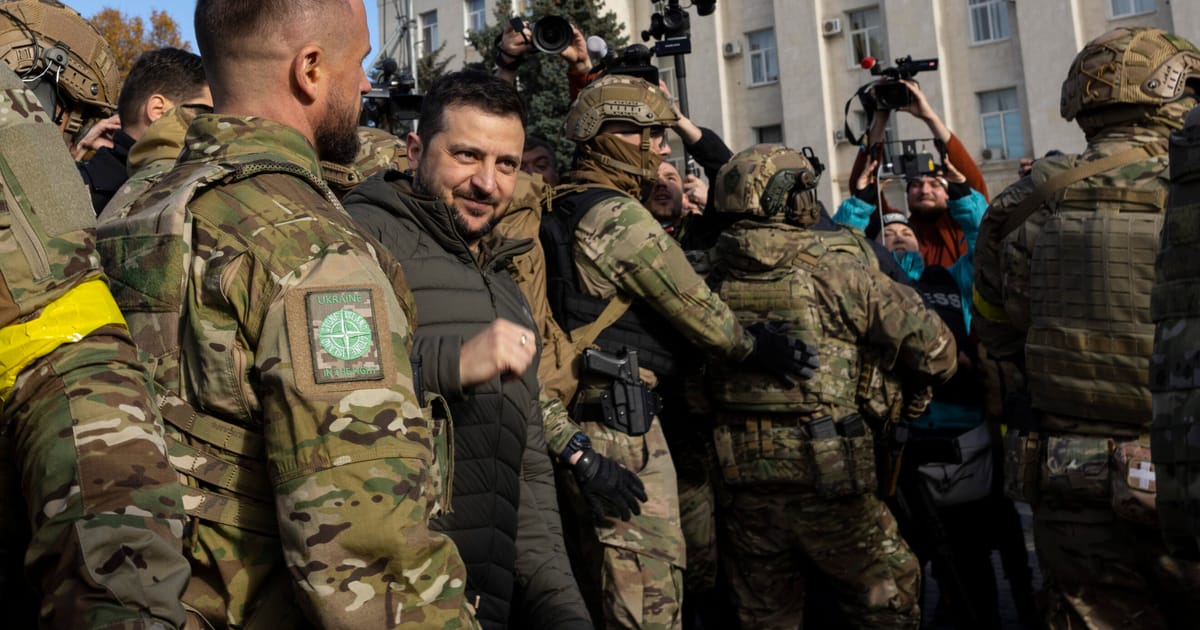 Time for Ukraine to talk to Russia? ‘Nuts!’

“One thing is for sure: the Ukrainians do not want any negotiations,” Kremlin spokesman Dmitry Peskov told reporters Thursday in Moscow.And never has he uttered a truer word.They don’t.

No one wants to sit down with foes who bomb their homes indiscriminately and target their energy infrastructure, plunging households into darkness and forcing surgeons in hospitals to perform operations by torchlight.

And as the remains of civilians tortured by Russian soldiers occupying the southern city of Kherson are unearthed, the cold fury Ukrainians felt at the documented abuses — from rape to casually gunning down non-combatants in Bucha and Irpin — only intensifies.

Behind the scenes, officials from the United States and Europe have been urging Ukraine to keep the door open to negotiations, though they won’t try to force Kyiv into anything. However, on Tuesday, Ukrainian President Volodymyr Zelenskyy answered those hints and hardly subtle nudges, telling G20 leaders not to offer his country any peace deal that would compromise its independence from Russia.

He then presented a 10-point peace plan demanding Russia accept responsibility and accountability for war crimes committed on Ukrainian soil. He also called for the withdrawal of all Russian forces from Ukraine’s territory — i.e., all of the Donbas and the peninsula of Crimea — as well as the payment of war reparations and compensation for the destruction and deaths caused.

It was Zelenskyy’s equivalent of U.S. General Anthony McAuliffe’s single-word reply in response to a German surrender demand during the 1944 Battle of the Bulge — “Nuts!”

The differences here, of course, are that Zelenskyy and his people aren’t surrounded, and they’ve pulled off two stunning battlefield victories near Kharkiv in northeast Ukraine and, more recently, in the Kherson region.

As the battlefield stands, the victory in Kherson this month has blocked any chance of Russian forces seizing Ukraine’s Black Sea coast, including Odesa, and it brings occupied Crimea within range of Ukrainian artillery and rockets.

Nuts!” also fairly sums up the reaction of “ordinary” Ukrainians I spoke with this week, as to whether they would endorse peace negotiations — and whether they’d be willing to trade any land in the Donbas, or the whole of Crimea, for peace.

Yuliya Grigor, whose soldier husband is currently undergoing treatment for severe shell shock, said Ukraine can win this fight, if the West stays true and constant. The 35-year-old charity worker, who is from Mauripol but now lives in Lviv, said, “Russians don’t understand that however many missiles they throw at us, we won’t give in, surrender or negotiate. And they can’t divide us.”

“We don’t have anything to talk about. Putin doesn’t understand Ukraine is a separate, sovereign country and is united. Anyway, he doesn’t even know the meaning of the word peace. So, there is no sense in talking with them,” she added.

I then asked about a land deal — Donbas and/or Crimea for peace. Her reply? “These regions are Ukrainian. How can we trade land?”

Yuliya isn’t alone in her vehemence. I interviewed a dozen others in the underground parking lot of a Lviv shopping mall that now serves as a bomb shelter, and they all offered similarly uncompromising answers. 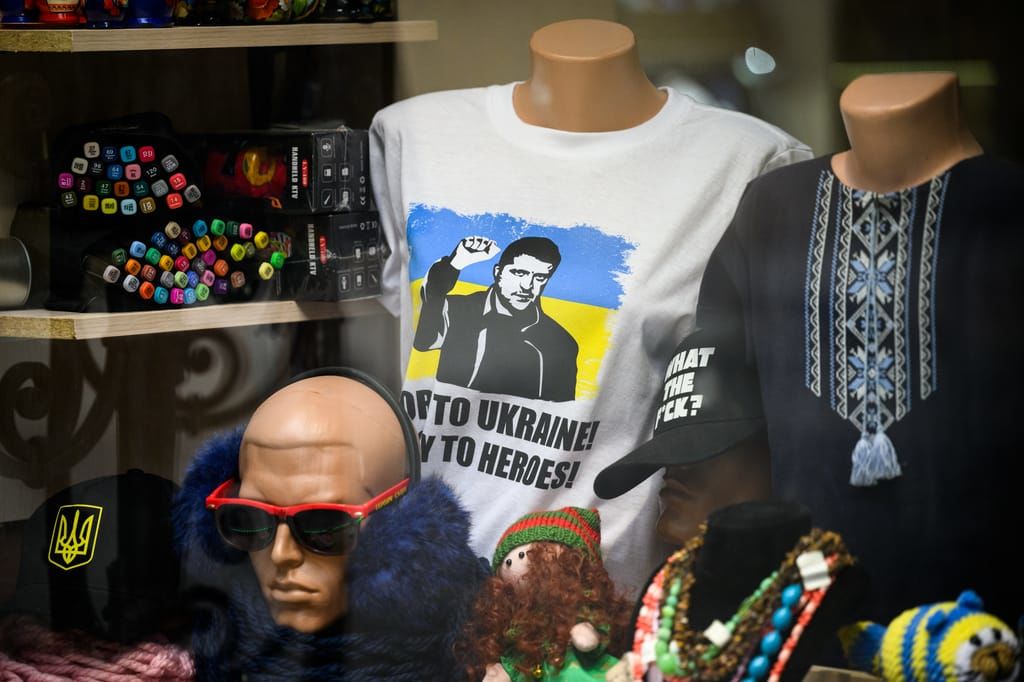 “One thing is for sure: the Ukrainians do not want any negotiations”
A group of men in their fifties simply harrumphed and shook their heads when I mentioned the recent remarks by top U.S. military commander General Mark Milley, the chairman of the Joint Chiefs of Staff, who said that Ukraine may not be able to achieve victory militarily, and that winter may provide an opportunity to begin negotiations with Russia.

Pointing out that the collective Western military assessment at the start of the war — namely that Ukraine would have to surrender or would be overrun within days — proved inaccurate, 58-year-old Oleh said, “I disagree, and there can be no talks, no agreements because Russia will always break any deals; you can’t trust them. All countries recognized Ukraine’s borders in 1991, and this is our country. We can win if the U.S. and Europe continue to help us.” His four friends nodded in agreement.

Whether young or old, or eastern or western Ukrainian, everyone I spoke to in the parking lot offered similar responses, with most saying Russia would only see negotiations as a sign of weakness, would rearm, and later try to grab more of Ukraine. Only one young woman hinted that she might be ready to see Crimea traded for an end to the war.

While no one wants a prolonged war, both growing confidence and anger with what months of war have done to Ukraine, and the pain it has caused — the loss of life, the widespread damage and broken up families — have left many in no mood to concede anything to Russia to end the fighting. Their fear is that any peace deal that isn’t on their terms will lock them in a permanent conflict, leaving Ukraine as a forever “in-between” country, not fully European and just a plaything for the Kremlin to prod and torture.

The late American diplomat Richard Holbrooke, who played a key role in negotiating the 1995 Dayton Accords that ended the Bosnian War, used to say that warring parties could only strike a peace deal when both are exhausted.

And Ukraine is certainly not exhausted — despite persistent missile strikes on the country’s power grid, despite the cold and anxiety about the looming long winter, with temperatures of -20-degrees Celsius.

On Thursday, Zelenskyy adviser Andriy Yermak called the continuing strikes on energy targets the “naïve tactics of cowardly losers,” adding that “Ukraine has already withstood extremely difficult strikes by the enemy, which did not lead to results the Russian cowards hoped for.”

Opinion in both the country’s political circles and on the street has only stiffened since March, when the foreign ministers of Ukraine and Russia held tentative talks in Turkey, marking the first high-level discussions between the two countries since the all-out invasion. Then, after a 90-minute dialogue, both sides said there had been no breakthrough. “I want to repeat that Ukraine has not surrendered, does not surrender, and will not surrender,” Foreign Minister Dmytro Kuleba said.

That same month, Zelenskyy told German broadcasters he was willing to consider some compromise, although he’d already ruled out any ceding of territory or accepting Russia’s annexation of Crimea.

Zelenskyy’s now expressing Ukraine’s collective dismissal of any compromised deal. And judging by his G20 peace plan, he expects Russia to throw in the towel — or that, simply put, negotiations now would be “Nuts!”
Add Comment