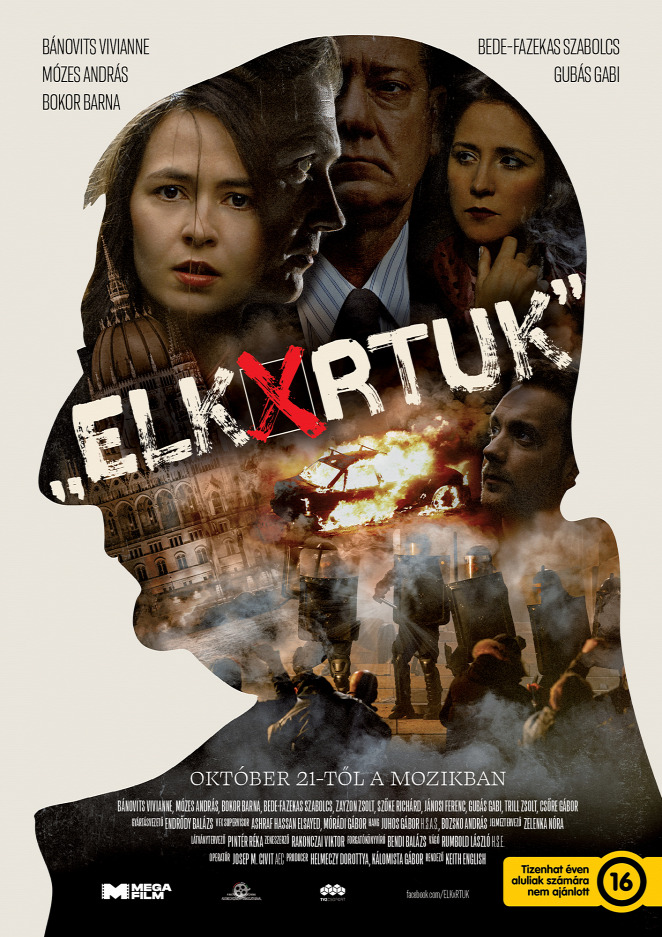 There is amazing interest in the movie Gyurcsány, but Pest cinemas hardly dare show it

Gabor Calomesta, producer of the political thriller Elk.rtuk, responded to Origo’s request and said his film was of more importance than the James Bond premiere.
According to him, “It was not so long ago that a ticket for a movie was sold more than three weeks ago, and this should be taken into account in Budapest cinemas that operate on ideological rather than professional standards.” The management of the institution offered the same conditions as Elk.rtuk for American films.” The producer even talked about it: yesterday morning, it seemed that the new Etele Plaza would also make space for Elk.rtuk, but I say no more in the noon. Gabor Calomesta He talked about it in a previous interview with OrigoThe actors in the movie Gyurcsány received a number of threats.

As is known, owned by the capital Budapest film I visited. Christmas Giorgi appointed by its chief, Tamas Liska He previously claimed that because of American movies, he won’t have an audience for them Which. rtukTherefore, during the week of the premiere, only one afternoon show was allowed at the Corvin Cinema in one room. Seeing the fury, the only screening was modified, but only in one hall and only in Corvin, the other cinemas of the capital, the film was not allowed to be shown.

About the great interest in Origo surrounding Elk.rtuk Gabor Calomesta He said, “Now I’m primarily happy that Corvin Cinemas did, so far they have been debating whether or not there was a demand for the film, so I’m really happy that viewers have an opinion.”
Gabor CalomestaPhoto: Attila Polyak – Orego

According to Calomesta, the question now is: If they see a lot of interest, will Corvin provide enough capacity?The producer of the political thriller added: Five rooms were made available for the James Bond movie and only one for Elk.rtuk. In any case, it is not surprising that there has been so much interest in his film.

Gabor Calomista is very curious to see if the high interest means anything to other movie theaters. He said in this regard:Yesterday morning it seemed that the new Etele Plaza would provide a place for Elk.rtuk, but they said no to the South…

This is a completely unprofessional decision for him Calomist sees more political aspects than professional aspects.

The producer hopes this will affect other cinemas as well, both in Budapest and in the countryside.

It is unprecedented, not only in cinemas, but even in theaters, that full houses come three weeks earlier, this must be taken into account in Budapest cinemas operating on the basis of ideological and unprofessional criteria. Calomesta drew attention to him.

Then complete: The truth of the matter about the movie is that if Elk.rtuk gets the same ability as the American films, it will be a huge hit.The producer says ideological discussions may follow because he finds it funny enough that some people are now saying opinions about the film without even introducing it.

It’s a historical movie, work on a modern story if you like it or not Gabor Calomesta concluded his statement.

At the Corvin cinema you can buy Elk.rtuk tickets three weeks in advance, but you can’t reserve them, so just buy them. All tickets for the premiere are already sold out. We’re talking about Friday, October 22nd.

Last week, Orego considerationLet’s see how Corvin Cinema is going. The answer is simple and short: with terrible exploitation, with reality. (Let’s not even talk about why, for example, Elk.rtuk can’t be shown in Művész cinema either? Of course, it’s also for Budapest Film…)

And now we’ve looked at how the James Bond movie tickets are sold out. Until now, Corvin has consistently argued that because of the American action movie, it would not be possible to make room for the Hungarian movie after a month. Well, for the James Bond movie, a similar early performance ticket sold out for a similar early evening performance on Friday (in two days!).

Putting aside the fact that Budapest is the Christmas capital film which is led by Girgili (must be made clear: Ferenc Gyurcsany led in the background), the greater commercial interest of Budapest is a film dictated by Elk.rtuk being shown in many shows and in all cinemas.
Add Comment