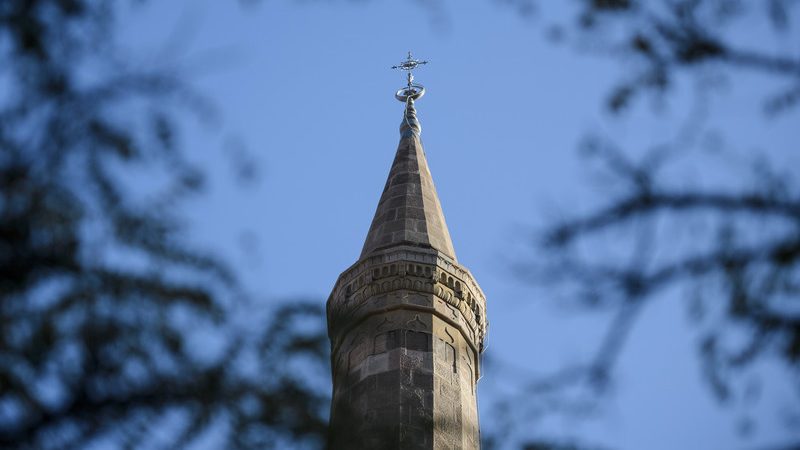 The Two Faces of Orban’s Hungary: Christian and Neo-Ottoman

Hungary's government frequently uses anti-Islamic rhetoric and appeals for an EU rooted in Christian values, yet this is at odds with its liberal stance over its Ottoman heritage as it moves to attract further Turkish investment.

During Prime Minister Viktor Orban’s more than a decade in power, Budapest has routinely justified its ultranationalism and extremist rhetoric in Christian terms. Whether its demonising immigrants as the return of the age-old Islamic ‘Other’ or slamming liberal Western European values as anti-Christian and anti-Hungarian, Orban rarely misses a chance to highlight his government’s record of standing up for supposed Christian values.

The dividends of this approach speak for themselves: 11 years in power and an unassailable position as Europe’s most senior far-right leader. Orban’s positioning of himself as the successor to the medieval kings of Hungary and the ‘defender’ of European Christianity has netted him support from like-minded supporters of Christian values from all across Europe and even as far as North America.

What is less talked about, however, is what came after the fall of Hungary’s great medieval kings. Following the catastrophic Battle of Mohacs in 1526, the medieval kingdom of Hungary was subject to nearly two centuries of partition and external rule, with the eastern half of the kingdom coming under the rule of the Muslim Ottoman Turks of Constantinople.

Ottoman rule of what at the time was often referred to as “Turkey-in-Europe” is still a controversial topic in many Southern and Central European states. The founding mythos of many post-Ottoman nation states is intrinsically tied to opposition and martyrdom in the face of ‘the Turk’, and much of the heritage left behind by the Ottomans has been levelled in various ‘modernising’ initiatives since their departure.

Hungary is no exception to these trends, and Orban has often used anti-Ottoman symbols, myths and rhetoric to bolster his Christian credentials if it suits him, especially when in discussions with his neighbours to the south. But while such anti-Ottoman Christian posturing by Orban has received considerable attention across Europe, it has not prevented a less well-known phenomenon that has been called the “sanitisation” of Ottoman heritage in Hungary – the movement to ‘cleanse’ this heritage of its current association with a hostile or alien presence, and to instead reintegrate it as an integral part of ‘mainstream’ Hungary history through restorations, exhibitions and other initiatives to increase public awareness and engagement. 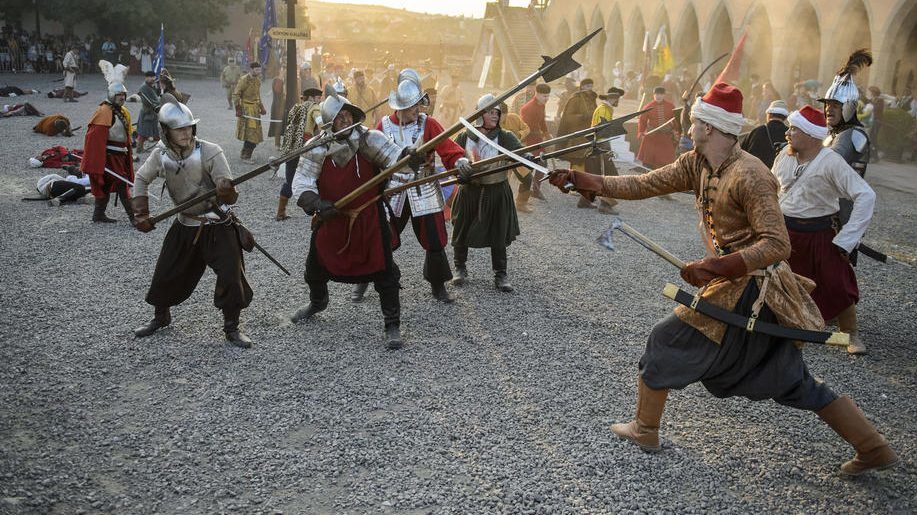 Hungarian history enthusiasts reenact the Siege of Eger, the battle between Hungarian Christian defenders and the besieging Ottoman Turkish soldiers for the castle of Eger, which ended in victory for the Hungarian forces in 1552, during a festival in Eger, Hungary, 10 August 2019.

A call to investment

To the confusion of many, Budapest has taken a surprisingly liberal turn in relation to its Islamic Ottoman heritage over the past decade. In 2016, the then Fidesz-run mayoralty in the northern city of Eger allowed the muezzin (the Muslim Call to Prayer) to be heard from the Eger Minaret – a major landmark and the last remaining Ottoman monument in the region – for the first time in over 300 years. Considering that supposedly liberal Western cities such as Cologne have been lauded in recent days for allowing the muezzin to be called in their own cities for the first time, this apparently progressive move in Eger is a remarkable achievement in allegedly anti-Islamic Hungary.

In Budapest itself, it is not just the city’s famed Ottoman baths that have been preserved. The Gul Baba Tomb, the resting ground of the prominent Ottoman-era Sufi saint, was restored in 2018 and transformed into both a popular tourist destination and an important pilgrimage site for Muslims. It enjoys a prominent place in the city’s advertising and, extraordinarily, Gul Baba himself is even noted to be the city’s patron saint – a position he undoubtedly shares with Hungary’s own Saint Stephen.

No such compromise would be in place, however, if plans go ahead in the southern town of Szigetvar to both fully restore the recently excavated tomb of Suleiman the Magnificent, and to construct a new museum celebrating the achievements of the great Sultan. This site, if completed, is believed to most likely form the nucleus of another prominent Islamic pilgrimage site on Hungarian soil, and the open celebration of a figure who was (and often still is) reviled as a heathen oppressor in the past – another impressive step forward for a nation often criticised elsewhere in Europe for its revisionist, conservative views.

It is hard to reconcile these two faces of Orban’s Hungary. The openly anti-Islamic, conservative and supposedly Christian demagogue versus the surprisingly liberal, nuanced and sensitive conservator of a lost Islamic heritage. But it may prove comforting to some to know that Orban has not performed a complete volte-face, and that this Islamic, Ottomanist turn in Hungary has a rational explanation after all. 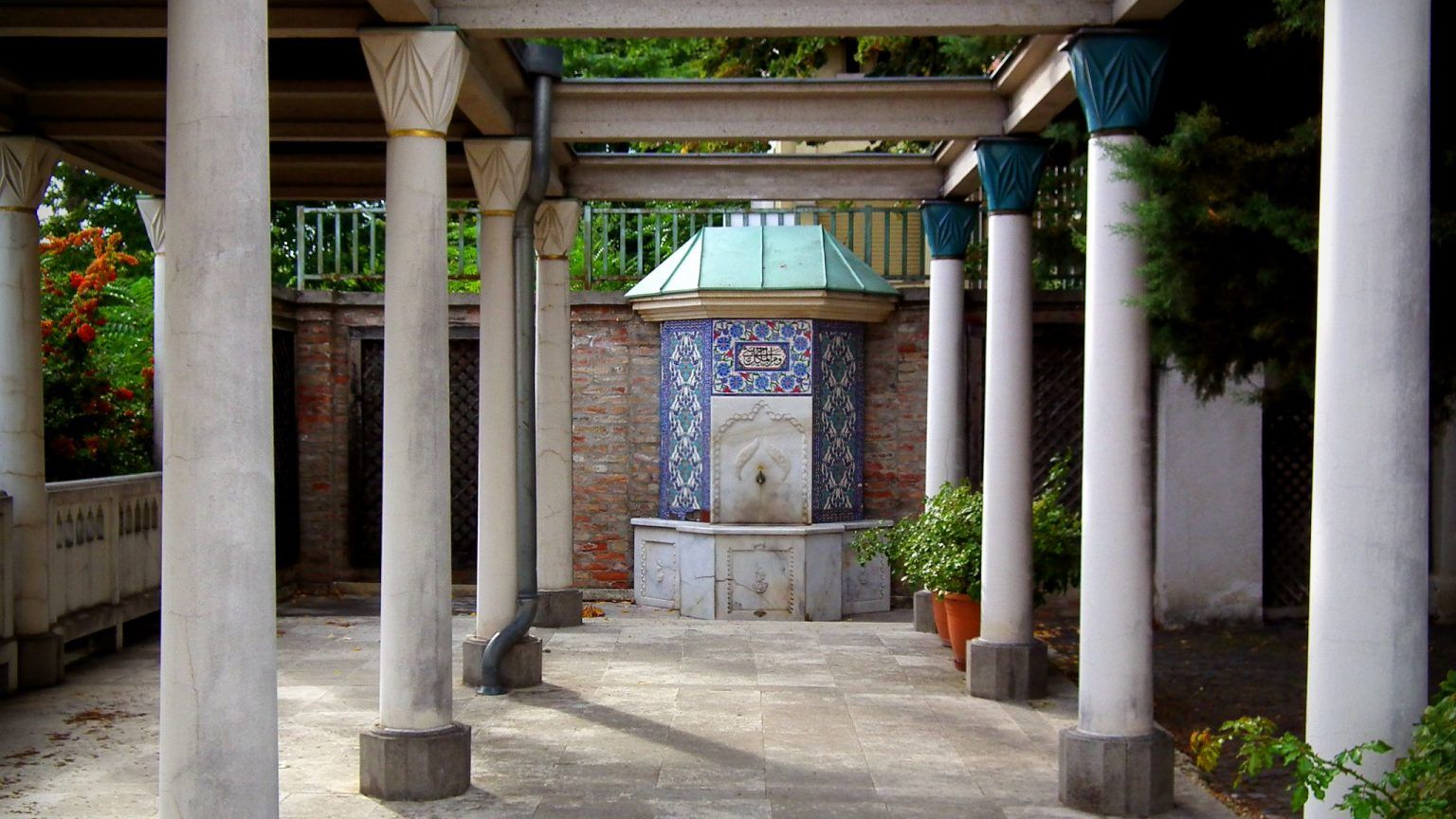 Orban is far from alone in his use of religion to prop us his authoritarian views, and one of his most like-minded partners in the region is none other than President Recep Tayyip Erdogan of Turkey.

After nearly 20 years of rule, Erdogan’s Turkey has been similarly accused of turning its back of liberal values and using religion (tellingly, there is no Christian equivalent of Erdogan’s ‘Islamism’ for Hungary) to prop up its increasingly authoritarian tendencies. Erdogan has also worked to improve regional ties, building robust relationships with fellow strongmen such as Orban based around an extensive program of state-backed external investment, largely carried out through the Turkish state agency TIKA.

This program has been referred to as ‘Neo-Ottoman’ by some, and it is clear that restorations of the remaining Ottoman heritage is as key a priority for Erdogan’s Turkey as investing in infrastructure or industry.

Likewise, attracting such investment has been an important target for Orban’s Hungary, and as Turkey has provided funding for heritage initiatives such as both the restoration of the Gul Baba Tomb and the excavation at Szigetvar, the Turkish government has also estimated that the amount of wider direct investment from Turkey into Hungary increased from $100 million to a total of $2 billion over the past five years.

It may well be, then, that this liberal attitude in Budapest towards Hungary’s Ottoman heritage is merely a calculated gamble, a ‘mosques for cash’ scenario in which Budapest tolerates Turkey’s neo-Ottoman pretensions in exchange for a lucrative source of investment.

Certainly, Orban has more room to work with in courting Turkey than many of his neighbours. The reverse catastrophic defeat of the Ottomans at the 1687 Second Battle of Mohacs effectively ended Ottoman rule in Hungary almost a century prior to other areas in Europe. While the surprising strength of continuing Turanist sentiment in Hungary – a long discredited pan-nationalist theory which espouses the common origin of modern Magyars (Hungarians) and Turks in the Eurasian Steppe – as well as the lesser cultural salience in Catholic Hungary of the ‘religious-national pacts’ associated with the autocephalous churches of the Orthodox world, suggest that Hungarians have always possessed a less centrally hostile view of the Ottoman period than their southern neighbours.

Indeed, Orban’s government has invested far more of its political capital stirring up nationalist feeling against the highly controversial 1920 Treaty of Trianon (which saw the Kingdom of Hungary lose roughly two-thirds of its territory and one-third of its ethnic Hungarian population) than against the invasions of the Ottomans – an anti-Western parallel which suits Orban’s contemporary anti-EU agenda far better than any anti-Turkish sentiment in Hungary.

We should not over-emphasise the cultural dimension of this Ottoman sanitisation at the expense of the political. It is likely that Orban’s Hungary has little to no interest in truly challenging the traditional anti-Turkish sentiments surrounding the Ottoman heritage and is really only motivated by the prospect of further investment in other sectors amidst its increasingly friendly ties with Ankara.

That said, it is also clear that we should not take the Christian rhetoric of Orban at face value. He is a populist and a chameleon who talks up Christian values to his fellow Christians while hamming up Hungary’s Islamic heritage to his Muslim counterparts.

The potential cultural impact of this potential ‘Ottoman renaissance’ in Hungary remains to be seen, but I think we can say with confidence that any growth in interest in the Ottoman period in Hungary is an unintended consequence of Orban’s policy.