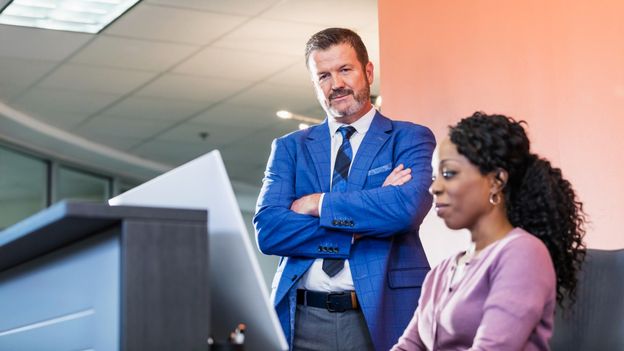 Years after employees began working from home en masse, managers are still unconvinced that teams don’t slack off when they’re out of the office.

For more than two-and-a-half years, large swaths of the workforce have worked remotely. In many instances, knowledge workers have been able to remain productive in remote and hybrid environments, with a wide-scale return to fully in-person, pre-pandemic working patterns largely abandoned.

Yet according to a September 2022 Microsoft survey of 20,006 global knowledge workers, many managers still have issues trusting employees who work remotely. In fact, 85% of leaders say the shift to hybrid work has made it hard to be confident that employees are being productive. And while 87% of workers report they’re performing just fine, only 12% of employers say they have full confidence their team is productive.

This disconnect has been dubbed ‘productivity paranoia’: the idea that even if workers are putting in the hours, bosses won’t believe it if they are out of sight.

This trust deficit is alarming. If managers are still not convinced that employees can work productively outside the office, even after years of doing so, it suggests this sentiment will be extremely hard to shift. And yet, say experts, bosses will need to figure it out – maybe by reframing how they assess productivity – because it’s clear that for many companies, hybrid and remote are the future.

‘Easier to track time than ideas’

Through pandemic-enforced lockdowns, millions of knowledge workers have been able to do their jobs well from home. As Covid-19 restrictions have eased, bosses have begun to introduce their post-pandemic working structures. While some industries, like finance, have seen full-time return-to-office mandates, many sectors have landed on a hybrid schedule.

This shift to hybrid working generally aligns with employee preferences. According to a June 2022 Gallup study of 8,090 remote-capable US employees, 60% want a long-term hybrid arrangement. “Employees no longer see flexibility as a perk but as a right,” explains Alexia Cambon, director of research at consultancy firm Gartner’s HR practice, based in London. “Not everyone works well in a rigid system in which how, when and where you work is decided for you every day.”

When the work isn’t physically seen, it’s easy to assume it should have been done sooner - Ayelet Fishbach

Although there has been a general demand for flexibility among workers, this hasn’t always been met equally by employers. In some cases, bosses on the backfoot introduced hybrid schedules as the Great Resignation and subsequent hiring crisis took hold. “We saw when organisations demanded full-time office returns that many employees refused or even quit,” says Cambon. “Workers didn’t respond well to having their flexibility rescinded, especially after more than two years of high productivity and performance working from home.”

As a result, many bosses have introduced formal hybrid-working policies as a concession to employees, rather than out of choice. But in the new world of work, familiar ways of thinking have remained. “Most managers still tend to seek old visual cues in assessing productivity,” says Nick Hedderman, senior director at Microsoft UK. “They’re used to being able to physically ‘see’ who’s hard at work by simply walking down the hallway or passing the conference room.”

Even though knowledge work is typically outcome based, managers have traditionally measured employees’ productivity by hours spent at the desk. “Time is the most common metric of productivity because it’s simple to measure,” explains Ayelet Fishbach, professor of behavioural science at the University of Chicago Booth School of Business, US. “It’s easier to track a worker’s time in the office than their quality of ideas.”

There is also an innate urge for people to place greater trust in people who are physically present, says Fishbach. This means managers are hard-wired to be more suspicious of activities happening among remote-working teams. “Compared to in-person work where there are constant interactions with an employee, it’s harder for a manager to know how long a task should take them working remotely. When the work isn’t physically seen, it’s easy to assume it should have been done sooner.”

The gap between where employers and employees do most of their work deepens this, says Cambon. While the former’s more relational role still generally lends itself to in-person environments, the latter’s frequent need for deep, focused work can be better suited to remote settings. “The experience leaders have in the workplace isn’t the same as their teams,” she adds, “and the identity of leadership is often wrapped up in being seen in office. But for many workers, their workplace has switched: the office is for connection and socialising, the home is now for getting their tasks done.” 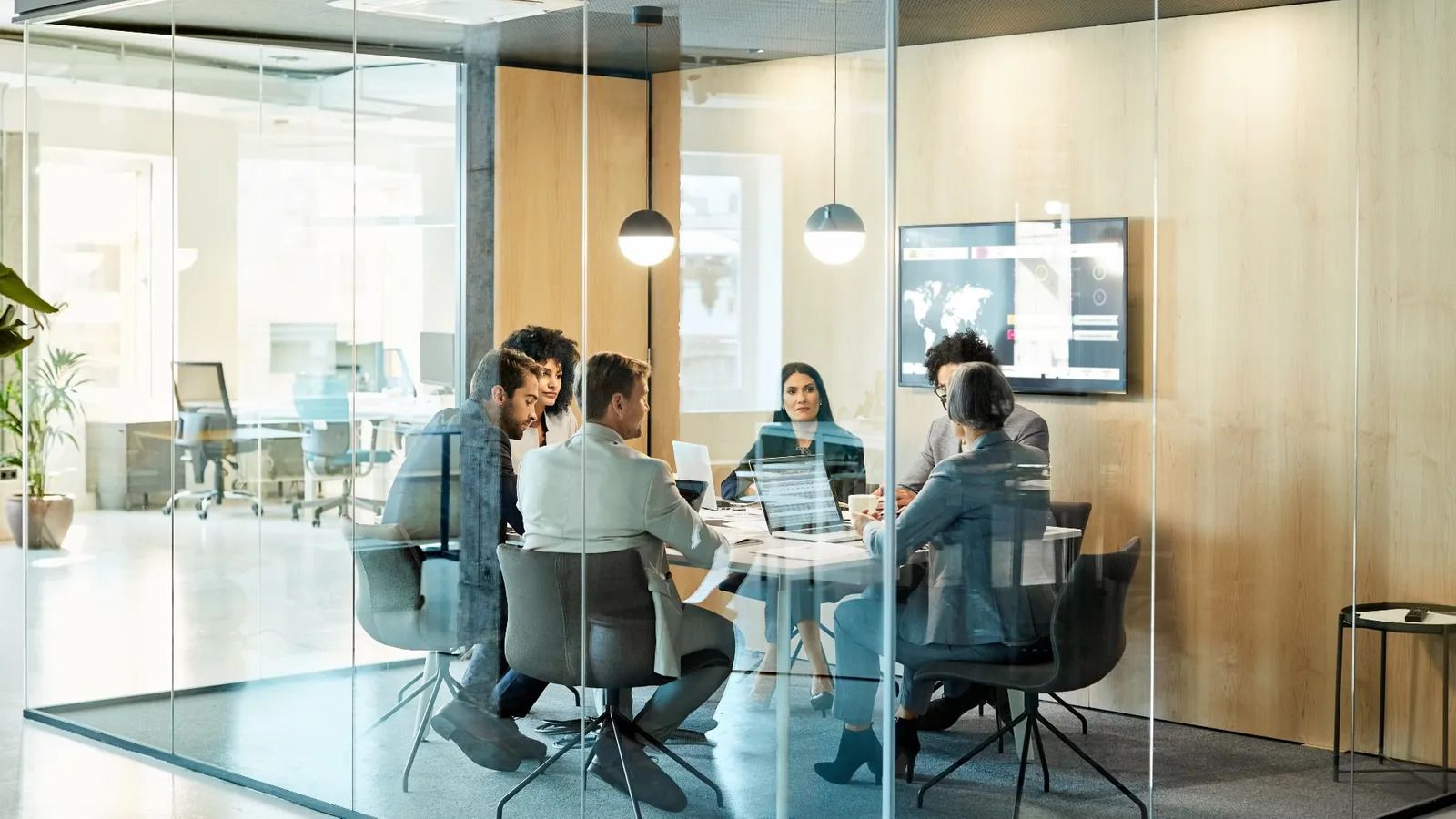 Will the paranoia end?

Without in-person cues to rely upon as teams work remotely, some bosses are turning to digital tools to measure output instead. “The reaction in some quarters has been to recreate what’s been lost, which is why we’re seeing organisations implement monitoring,” says Cambon. “Rather than adapt to a world with less visibility that requires more trust, they’re simply trying to get that visibility back through new means.”

But this kind of scrutiny can take a toll on workers. “Employees are working more than ever,” says Hedderman. He cites Microsoft data showing the number of meetings per week has increased by 153% since the pandemic, and that 42% of employees say they multitask on their work during meetings. “They’ve also reported feeling pressure to ‘prove’ they’re working. All of these combined risks making hybrid work unsustainable.”

For productivity paranoia to end, the managers’ roles must be redefined, says Cambon. She believes their function should shift from monitoring inputs like workers’ time to outcome-based management. “Instead of micromanaging, the aim should be to instead facilitate conversations between remote-working teams, help design a hybrid schedule that suits employees and provide clarity on organisational goals.”

Outcome-based management centres on communication, says Fishbach. The goal shifts from collecting quantitative inputs to measuring qualitative outputs. “It’s relating to people as people. Instead of tracking time, it’s understanding perspectives: how an employee feels on a project, if they need more help, whether they feel connected to the organisation.”

However, some bosses may resist this change. Fishbach adds that outcome-based management requires employers to relinquish control. “Good management is about letting go – providing the employee with the destination and expected standard, but then not looking at the journey they take to get there.”

Such an arrangement revolves around trust, continues Fishbach, which can be harder to achieve in remote and hybrid settings. “We increasingly have a generation of employees who’ve never met one another. Without an in-person relationship, there can be a culture of suspicion: we’re more trustful of those we know and interact with, when we can see they’re doing their best.”

Re-thinking management practices will be different across firms and industries. For example, employers that aren’t hamstrung by decades-old practices may be able to switch more quickly to outcome-based thinking. There are logistics at play, too: smaller companies, with fewer processes and hierarchies already in place, can more easily pivot to a new leadership style that better supports hybrid-working patterns.

However, this process is likely to take time. Given the gulf in how leaders and employees perceive output in remote settings, there is a risk that productivity paranoia in some firms could curtail hybrid work entirely. Yet, if fed-up managers call staff back to the office, they could drive some away. “With so many organisations offering flexibility, employees now fundamentally believe if their needs for autonomy aren’t being met, they’ll go elsewhere,” says Cambon.

Arguably, productivity paranoia represents a failure by managers to adapt to the new world of work – even as employees are eagerly grabbing it. Hedderman believes smart employers will learn how to change, fight their biases and reframe how to assess good work performance.

“Ultimately, what employees seek today in a workplace is somewhere that embodies flexibility; a culture of trust that measures outcomes, not hours worked,” he says. “To flourish longer term, leaders will need to work past productivity paranoia and start building this culture of trust and empowerment for their company and employees.”