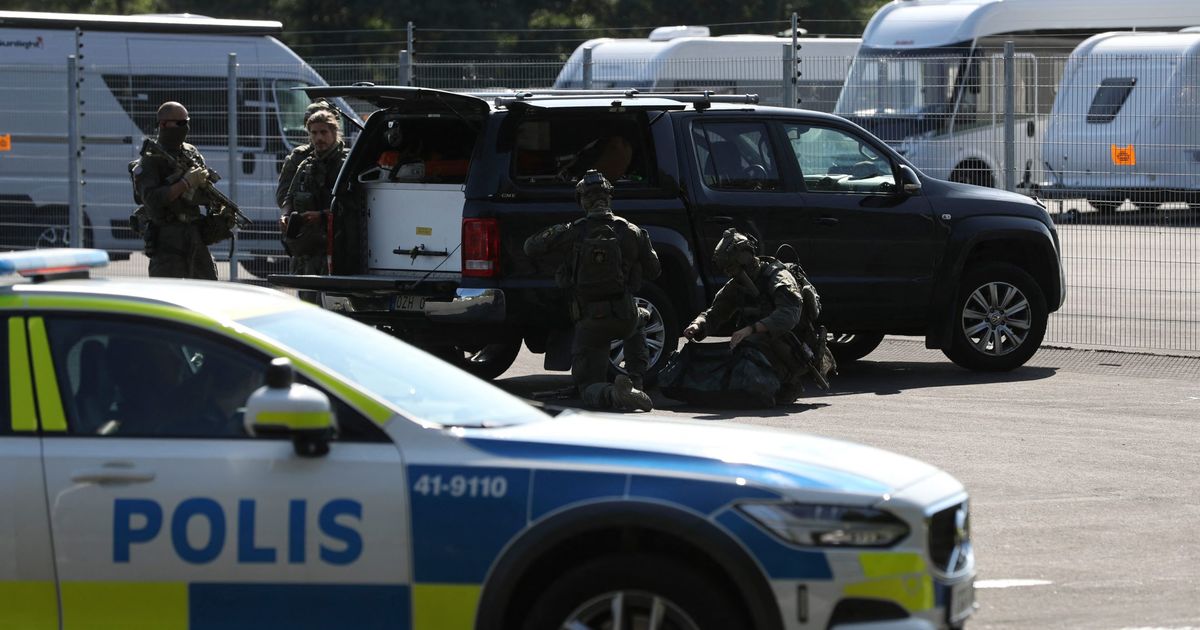 Recent shootings across the Nordic country have sharpened voter focus on law and order ahead of polling day on September 11.

In mid-August, a woman shopping in a mall in the southern Swedish city of Malmö was accidentally shot by a gunman police believe was targeting a rival gang member.

Just days later, a woman and small child were hit by stray bullets during a shootout — likely between rival gangs — near a playground in the central town of Eskilstuna.

For Swedish lawmakers and voters, these were morbidly familiar headlines, with 2022 on course to be the deadliest in a series of violent years for the country of 10 million.

Back in 2017, former U.S. President Donald Trump confused the world with his much-maligned “last night in Sweden” comments — suggesting there had been a major incident when there had been no such thing — but five years on, his words look more prescient than misinformed.

Four days after the shooting, the Eskilstuna park was all but deserted, despite late summer sunshine.

A mother let her 6-year-old son bounce on a small trampoline, but nervously called him back when he strayed more than a few meters away. After a couple of minutes, she decided to leave.

“We are terrified to be here,” said the woman, a 33-year-old who didn’t want to give her name because she feared reprisals for criticizing local criminals. “This isn’t the first time there has been a shooting in this area.”

The playground is in the suburb of Årby, the base of a local narcotics-dealing gang, which local authorities say is locked in a deadly rivalry with a group from Skiftinge, another suburb a couple of kilometers away.

Initially a clash over control of drug markets, officials say the rivalry has intensified as slights and attacks by one side have been met in kind by the other in an escalating spiral of violence.

Local police chief Mikael Backman told the media after the shooting that, a week earlier, his officers had confiscated “half a dozen” weapons and arrested six people.

“We are coordinating resources from all over the country,” Backman said. “But the problems right now are so serious that we have trouble keeping up as we are having to prioritize so many serious crimes at the same time.”

Statistics to mid-August show that 44 people have been shot dead in Sweden this year and 66 wounded. In all of 2021, 45 people were shot dead with 115 injured. 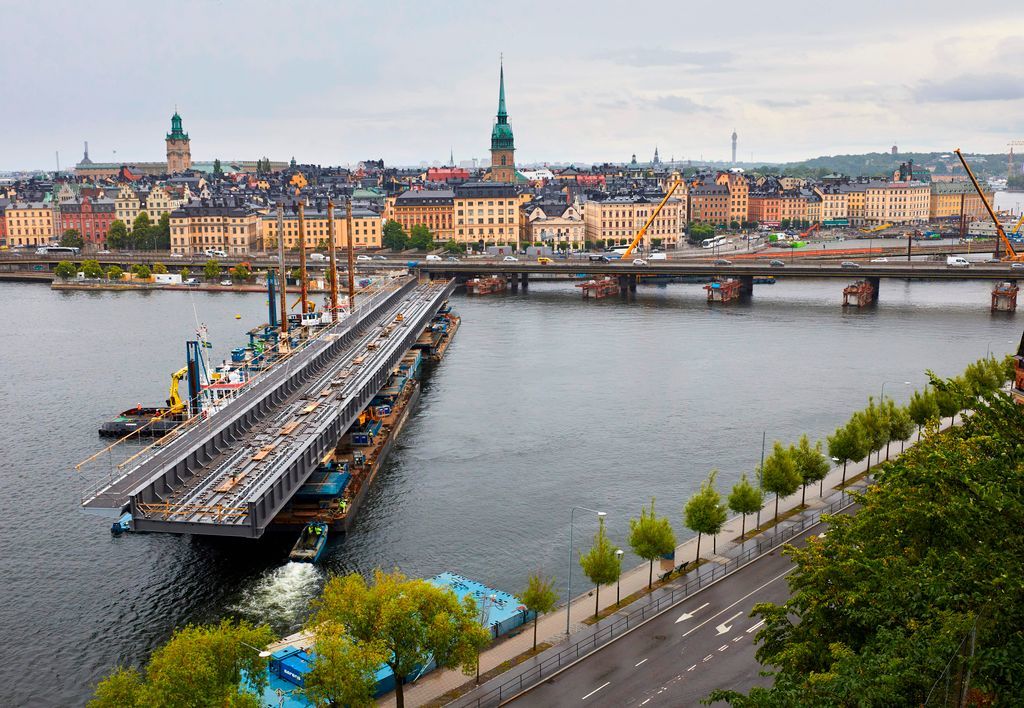 As portrayed in the recent gritty Netflix hit drama “Snabba Cash,” the lives of Stockholm’s drug gangs are often brutal and short

Stockholm, Sweden’s largest city, has seen the highest rates of gun deaths this year (21) followed by the southern region that surrounds Malmö (11), but there has been at least one gun death in each of the seven regions which make up the Nordic country.

Experts note that Sweden stands out in Europe because shootings are on the rise, while they are generally stable or falling elsewhere.

As portrayed in the recent gritty Netflix hit drama “Snabba Cash,” the lives of Stockholm’s drug gangs are often brutal and short, and the ruthlessness of the violence they unleash has begun to erode Sweden’s long-held reputation as a safe country.

“The new trend that we see now is that [criminals] are shooting to kill,” Manne Gerell, an associate professor of criminology at Malmö University, told national broadcaster SVT. “That is one of the reasons why this year looks set to be the worst ever.”

With less than a week to go until a general election in Sweden, law and order has emerged as the top issue for voters, according to recent research by Gothenburg University.

The race looks set to be a tight one with parties supporting Social Democrat Magdalena Andersson to continue as premier marginally ahead of those supporting her main rival, the center-right Moderate Party leader Ulf Kristersson.

Opposition leaders recently sought to make up the ground by visiting the playground in Årby to condemn the violence and claim that they would do a better job fighting it.

Opposition parties say the government has been soft on crime for too many years and allowed gangs to terrorize communities like Årby. Among other things, opposition lawmakers highlight the government’s long-running problems with its target to recruit 10,000 more police officers by 2024 compared with 2016.

Posters all over Sweden show Kristersson and other opposition leaders under phrases like “Now we’ll get Sweden in order” and “Ready to fight crime.”

Prime Minister Andersson met with her Social Democrat colleague and Eskilstuna Mayor Jimmy Jansson at the end of August before speaking to reporters outside the town hall. She expressed shock at a shooting so close to where children were playing, and also sought to highlight a toughening of punishments for gang members as outlined in the government’s recent 34-point plan to tackle organized crime. 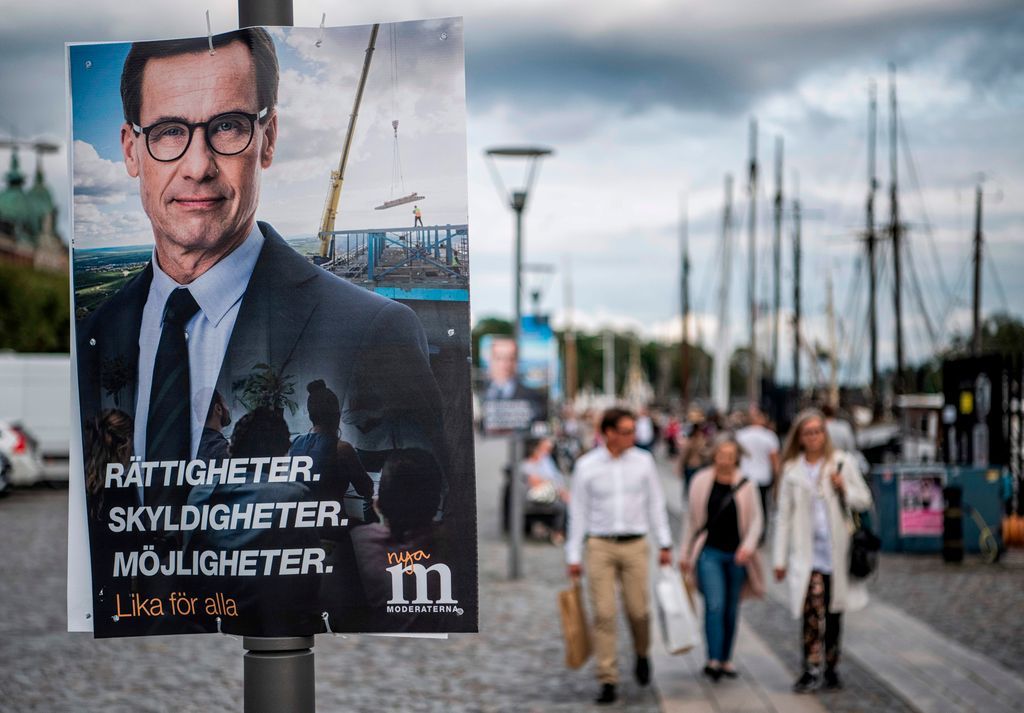 However, she acknowledged that more needed to be done to stop recruitment of younger members into gangs to replace older criminals being locked away for longer terms.

Beyond policing, experts also point to underlying social problems in places like Årby, which create an environment where criminality can take hold.

Michael Tärnfalk, a researcher of social work at Uppsala University, told Sweden’s main morning news show last week that high levels of immigration over recent years had led to increased segregation in some suburbs, which had left them socially and economically vulnerable.

He said parents in those areas, who didn’t speak Swedish or have strong links to the local community, could find themselves unable to track the progress of their children in schools or to notice if they were moving in criminal circles.

Those children were at an increased risk of recruitment by local gangs whose members had made a lot of money through drug dealing and were highly visible to youngsters in the community driving expensive cars and wearing fancy clothes, he said.

Björn Larsson, a local lawmaker with the ruling Social Democrats in Eskilstuna, out campaigning for his party ahead of the September 11 election, said the municipality had invested heavily in social services and programs that seek to stop youngsters from moving from less serious to more serious crimes.

But Larsson said there also needs to be a broad change in attitude across society, from the middle-class drug user who realizes that it is their money funding the gangs to the teenager reached by a teacher or social worker who sees a future outside criminality.

A community center and library are already running in Årby offering, among other things, child care and support with job hunting, but Larsson said there “would be no easy fixes.” He said changing the outlook for young people in places like Årby would take time.

But in the park nearby, the 33-year-old mother out with her son shook her head at the thought of a future in the suburb.

“We have to move out of here,” she said. “This is no place to raise a child.”