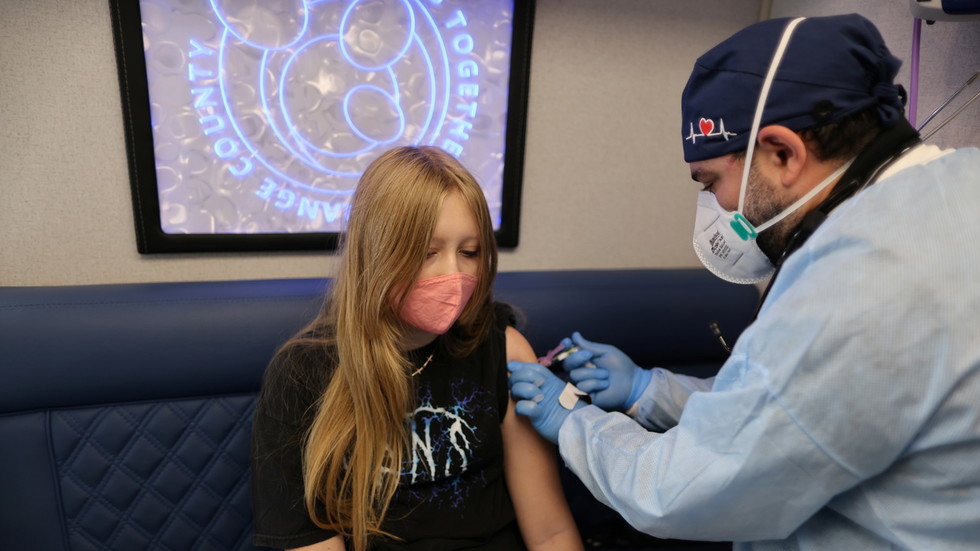 Introducing an HPV vaccine as part of the NHS effort to prevent cervical cancer has saved hundreds of British women from developing the disease, a fresh study says, citing 13 years of observations.
The first generation of a human papillomavirus HPV vaccine, introduced in the UK as part of an NHS programme to combat cervical cancer in women, has reduced the disease rate among those vaccinated by 87% on average, a fresh study funded by Cancer Research UK said.

"The HPV immunisation programme has successfully almost eliminated cervical cancer in women born since Sept 1, 1995," the study published in the Lancet medical journal on Wednesday, said.

"The HPV immunisation programme has successfully almost eliminated cervical cancer in women born since Sept 1, 1995," the study said. The research focused on the effects of the Cervax jab, used in England as part of the programme between 2008 and September 2012. A team from King's College London and British government officials looked at population-based cancer registry data for a period between January 2006 and June 2019.

The team compared the data on seven age groups of women, including three that were vaccinated with Cervax at different ages. Those vaccinated at the earliest possible age of 12-13 years appeared to have the best protection against cancer as relative reduction in disease rates among these amounted to 87% in comparison to their unvaccinated peers.

Those vaccinated between 14 and 16 saw the cervical cancer rate reduced by 62% and those who got the shot between 16 and 18 were only 34% better protected than their unvaccinated peers. The vaccine also significantly reduced the number of pre-cancer conditions such as grade-3 cervical intraepithelial neoplasia (CIN3), the study showed.

According to the research, the team recorded about 448 fewer cases of cervical cancers by June 30, 2019, than expected on average. They also reported that the number of recorded cervical carcinomas were 17,235 fewer than anticipated among unvaccinated women.

Another study co-author, Dr Kate Soldan from the UK Health Security Agency, expressed her hope that the news would "encourage uptake" of the jab. The vaccine is currently offered at UK schools.

It was designed to fight a group of the most common sexually transmitted viruses that affect the mouth, throat or genital area. According to UK health authorities, human papillomaviruses are so common that most people would get them at some point in their life.

Some can cause cancer, and the NHS says that nearly all cervical cancers are caused by certain HPV strains. The UK still reports around 3,200 cases of cervical cancer each year, according to The Guardian.

Cervical cancer is statistically rare among young women, who were the target of the study, so further studies are likely needed to estimate the overall impact of the vaccination on the disease.
#vaccine
Add Comment