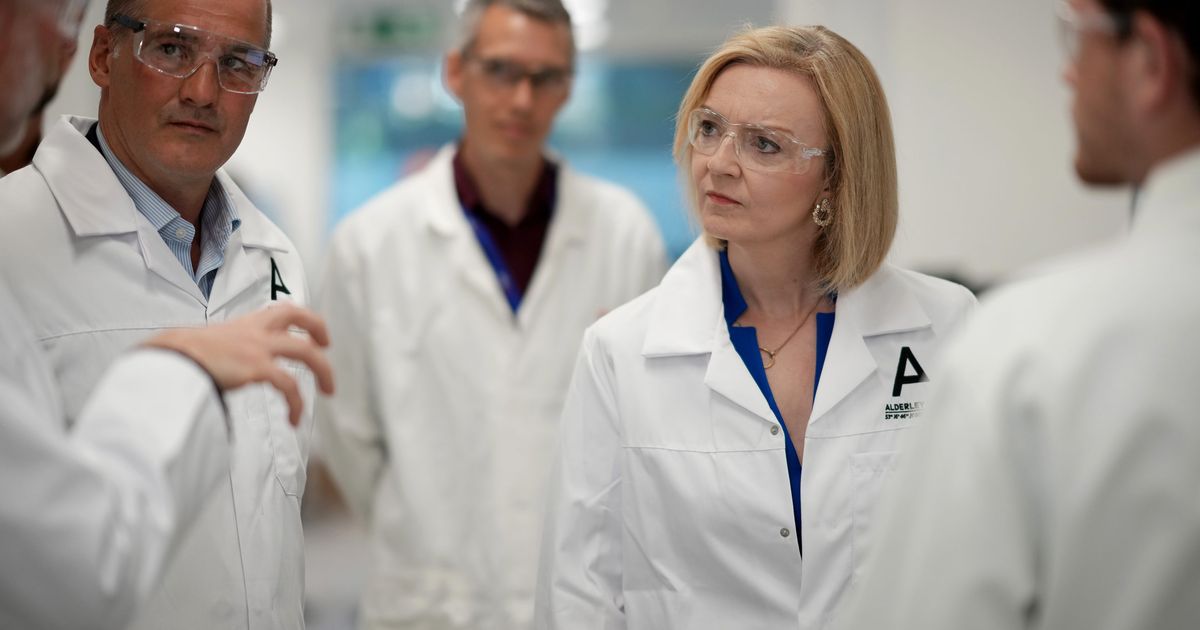 Britain warns the clock is ticking over its participation in Horizon Europe and other EU research programs.

British-based scientists face agonizing decisions over the future of their world-leading research projects as the U.K. moves closer to quitting the EU’s massive R&D funding scheme this fall.

The British government’s decision to trigger formal dispute talks over Brussels’ refusal to sign off on its participation in EU science schemes, including the €95.5-billion Horizon Europe, has deepened concerns among researchers and universities that the U.K. is poised to pull out altogether.

The European Commission has chosen to link Britain’s previously-agreed involvement in Horizon Europe projects with the ongoing row over post-Brexit trading arrangements in Northern Ireland. In an increasingly bitter tit-for-tat dispute, neither side looks likely to back down.

The two sides will hold crisis talks in Brussels within the next 30 days, but the prospect of a quick resolution is slim. The next stage of arbitration would require the appointment of an independent panel, which would then be given more than three months to reach a decision.

The U.K. government says researchers and businesses urgently need certainty over their funding and is signaling it could officially abandon Horizon Europe as early as next month, setting up a home-grown alternative without bothering to go to arbitration.

A U.K.-based scheme would be unlikely to replicate the sheer breadth of Horizon Europe, however, which funds projects spanning different research centers across multiple member countries. And the U.K would be unlikely to rejoin Brussels’ programs until at least the setting of the next EU budget in 2028, if not beyond.

Frustrated with the state of play, some researchers have started packing their bags.

Moritz Treeck, a malaria researcher at the Francis Crick Institute in London, is one of many world-leading scientists based in Britain who were awarded a Horizon Europe grant after Brexit, only to be later notified by the Commission that he must either emigrate to another country with full or associated EU status, or give up on the cash altogether — along with the cherished opportunity to lead the project he designed.

Treeck said he has now found a research institution in another participating country to host his groundbreaking research into how the malaria parasite modulates its ability to cause disease in humans — which was awarded a €2 million grant by the European Research Council (ERC), the most prestigious pillar of Horizon Europe — and is preparing to leave the U.K. for good.

“We became part of political leverage around the Northern Ireland protocol, but nobody benefits from it. It’s purely stupid,” Treeck said. “But I don’t think the U.K. government will change its mind over the protocol just because of a few ERC awardees. We are small fish in the big game.”

Indeed, the indefinite delay to Britain’s involvement has now kicked off an academic version of the football transfer window, with universities all over Europe pouring over the lists of grantees published by the Commission and making offers to those based in the U.K. Treeck said he was approached by several institutions inside the EU eager to attract new talent.

Hendrik Ulbricht, a quantum physicist at the University of Southampton, has also received multiple offers from abroad. At the time of the interview, he was boarding a flight to Germany, his home country, to discuss an opportunity to relocate his research into the use of levitated particles to create hyper-sensitive gravity sensors, which could one day be used to detect large masses underground such as oil deposits. 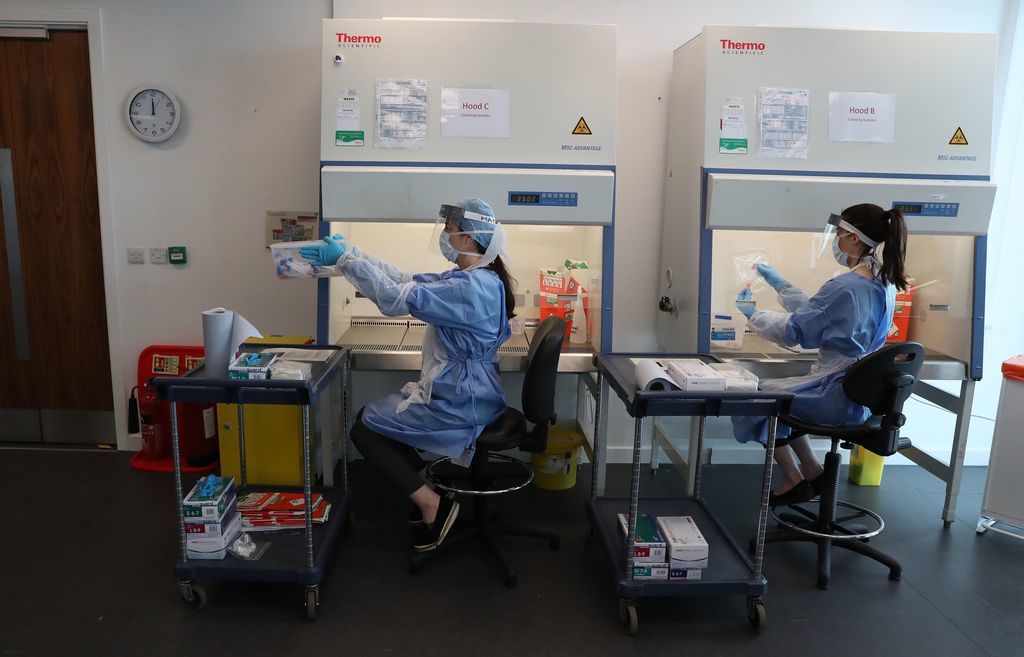 The indefinite delay to Britain’s involvement has now kicked off an academic version of the football transfer window, with universities all over Europe pouring over the lists of grantees published by the Commission and making offers to those based in the U.K. Treeck said he was approached by several institutions inside the EU eager to attract new talent

His team successfully bid for a European Innovation Council grant in the spring of 2021, when it appeared U.K. association in Horizon Europe was a mere formality.

But toward the end of last year, prompted by a notification from the Commission, he handed his leadership role to an Italian colleague and brought in a new partner from Germany. This has delayed the start of the project until October 2022.

“It was a big blow. I had basically invented the project and chosen the partners,” Ulbricht said. “I was looking forward to coordinating the project. It’s disastrous for me.”

After 14 years in the U.K., midway through a stellar academic career, and despite his three children attending school in Britain, Ulbricht is now giving serious thought to leaving the country after the next 12 months.

But moving abroad is a difficult call. And it’s clear from multiple interviews conducted for this article that the U.K. has managed to mitigate the brain drain, relying on sizable match-funding pledges and the ongoing excellence of its universities to keep some disenchanted scientists on side.

The government has committed to offering some researchers, including Ulbricht, the same grants they would have received from the Commission, albeit with conditions attached. He is now attempting to navigate painful Whitehall bureaucracy to make use of this funding guarantee.

“There are still many unknowns of how to operate this,” he said. “So far I have not received the funds.”

Chris Drakeley, a malaria researcher at the London School of Hygiene and Tropical Medicine, is staying in the U.K., but has also been forced to hand over leadership of his own project — in his case to a colleague at the Pasteur Institute in Paris. The project manager he was planning to hire in London will also now be based over there.

Drakeley and his partners have developed a vital serological test to detect the presence of antibodies in the blood, which suggest the virus has infected that person.

One memorable day in early February, he received an email saying the project could go ahead with £8 million from Horizon Europe. The next day, he received another email informing him he couldn’t actually lead the research because the U.K. was not yet formally associated to the scheme.

“I was very happy, and then very annoyed the next day,” he said. “We know this is tied up with factors which are completely unrelated to the science. That’s hugely frustrating.”

Giovanni Travaglino, a social psychologist at Royal Holloway, University of London, was awarded an ERC grant last December to investigate why people allow themselves to be controlled by mafias and criminal gangs. 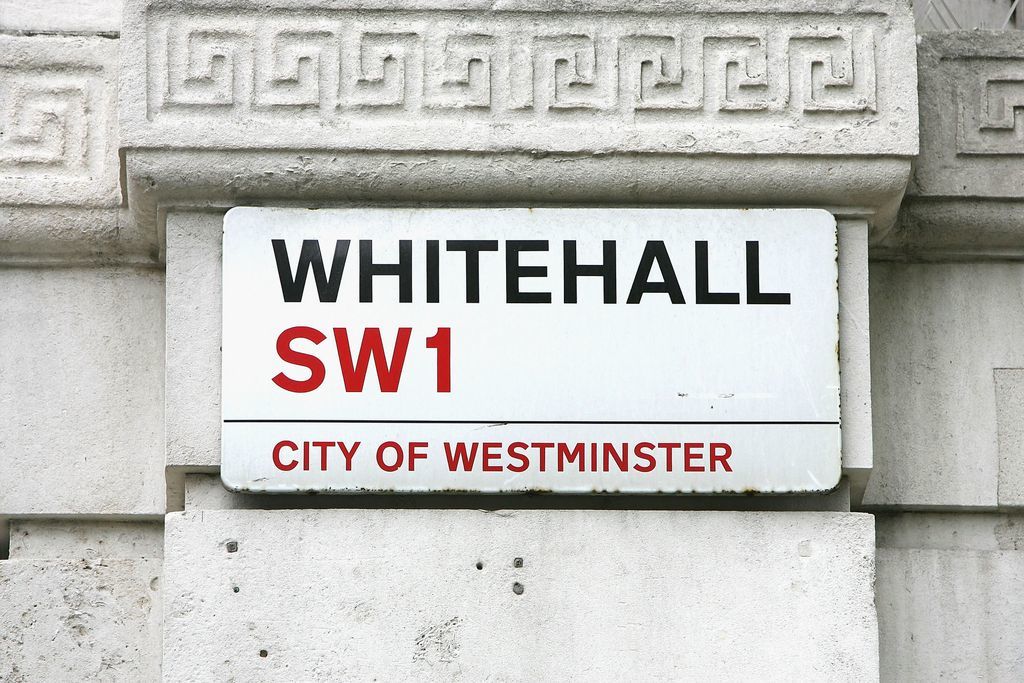 The government has committed to offering some researchers the same grants they would have received from the Commission, albeit with conditions attached

He initially considered moving abroad to keep his €1.5 million grant — but has now decided to stay in the U.K. and accept the government’s funding offer after failing to find an appropriate EU institution to take on the project.

“I was looking for a very specific type of institution, and perhaps in a very restricted set of countries,” he said. “You want to be in a place where you want to live and work, regardless of the grant.

“I’m committing myself to having to live in the U.K. for the next five years. It’s hard to dismantle everything and just go.”

Teresa Thurston, based at Imperial College London, has also decided to remain in the U.K., along with her project looking into how bacterial pathogens interact with the immune response. She was awarded a €1.5 million ERC grant in January, which she has now turned down together with offers from Spanish universities.

As a mother of three young children, Thurston said researchers with families are simply less mobile. Under ERC rules, grantees must spend half of their time in one of the countries with full or associated status to Horizon Europe.

“Being split is very difficult if you’ve got a family,” she said. “I have a lab already funded by other grants. Can I move them? Can I run the lab, being based in the EU half of the time?”

Family also weighed heavily in David Orton’s decision to say at the University of York and turn down an ERC consolidator grant, which was offered to support his study of European human settlements and the linkages among them through ancient DNA of black rats’ bones — a rodent that only thrives in Europe under specific circumstances, including flourishing trade.

Orton said he “agonized for a while” over the decision and received various offers, including one from Denmark. But a sense of loyalty toward his university department, his love for York and the possibility of securing U.K. replacement cash persuaded him to stay.

The lack of a good alternative also mattered. The institutions he considered didn’t have the necessary facilities or the expertise to analyze ancient DNA, he said, or didn’t fit intellectually with his thinking. Relocating “was going to compromise the project,” he said.

“I have a sentimental attachment to Europe,” Orton added. “I’m very annoyed with the situation.”