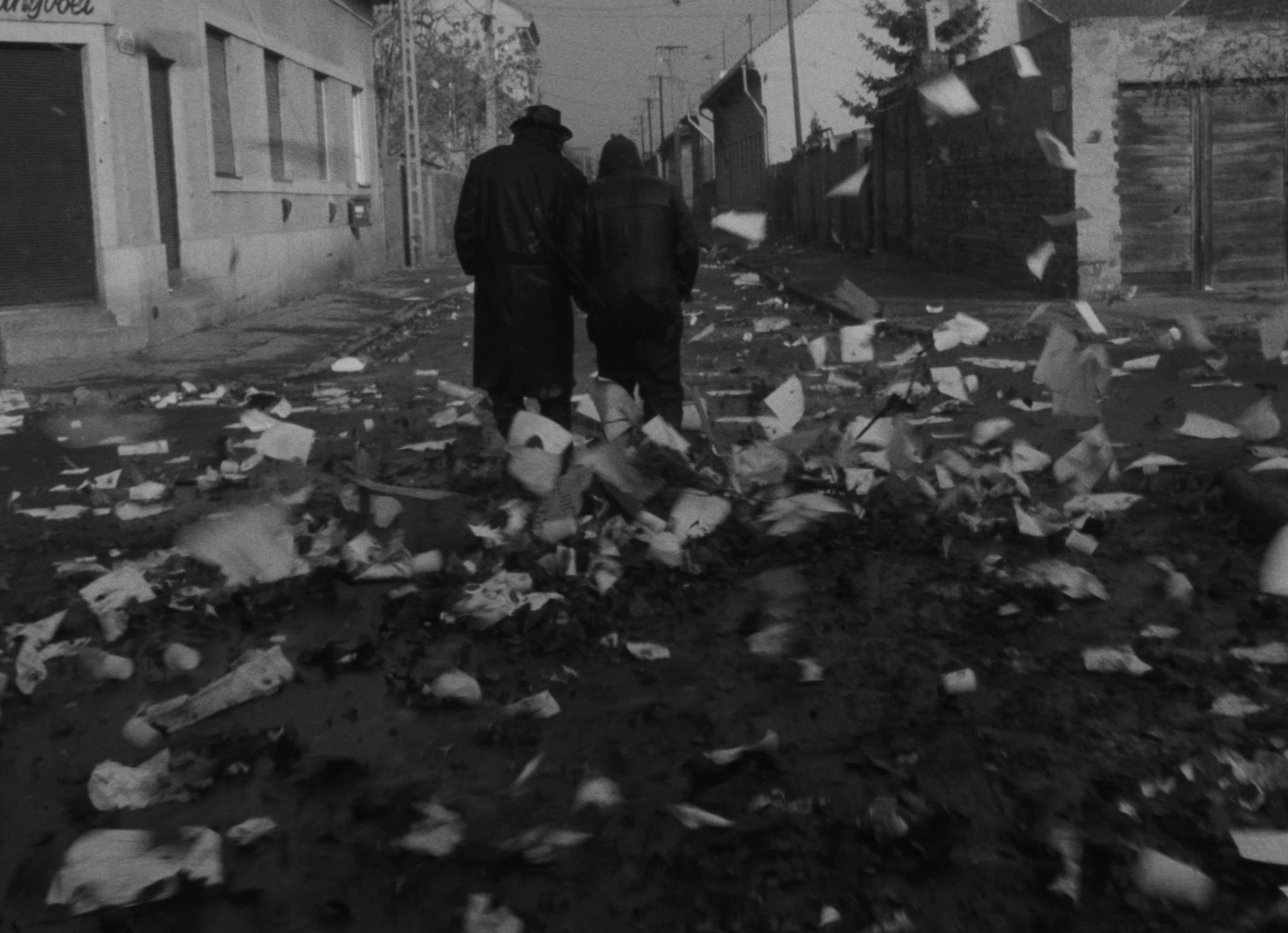 Sátántangó is a 7-hour apocalyptic masterpiece about human sorrow

Béla Tarr’s seven-hour 1994 epic, referred to as “the Mount Everest of modern cinema”, depicts the collapse of a collectivised Soviet-era farm in rural Hungary.

The film, released in 1994, is the screen adaptation of a homonymous 1985 novel by László Krasznahorkai, Hungary’s best-known contemporary author, famous for his heavy existential themes and demanding prose. Tarr, Krasznahorkai’s long-term collaborator, took on the monumental task of adapting the complex literary masterpiece to screen, and the result is a no less testing watch.

Through an unhurried style — 432 minutes, to be precise — the film portrays a dilapidated village where life has come to a stand-still. While a group of villagers wait for a final payout before abandoning the farm, they get thrown in disarray with the appearance of a former villager, whom they had long assumed dead. With the corruptive influence of money souring the air, the chaos of change casts a strange spell over the community.

Shot entirely in black and white on a 35mm film, the Hungarian movie has long been lauded by critics for its compelling story and the unwavering cinematographic beauty of its long, uninterrupted shots — some of which last for upwards of 10 minutes. The film was named the 36th greatest film of all time in the 2012 edition of Sight & Sound critics’ poll, and the 65th best film of the 1990s by Rolling Stone magazine. Following its enduring critical acclaim, in early 2019 the film enjoyed a 4K restoration, and returned to cinemas across the world, alongside its first-ever VOD release.

Undoubtedly, the film requires commitment to truly appreciate its majesty. However, if you endure, Sátántangó will prove a worthwhile journey into the human soul that is both painful and liberating.

Sátántangó is available to stream worldwide on different platforms.