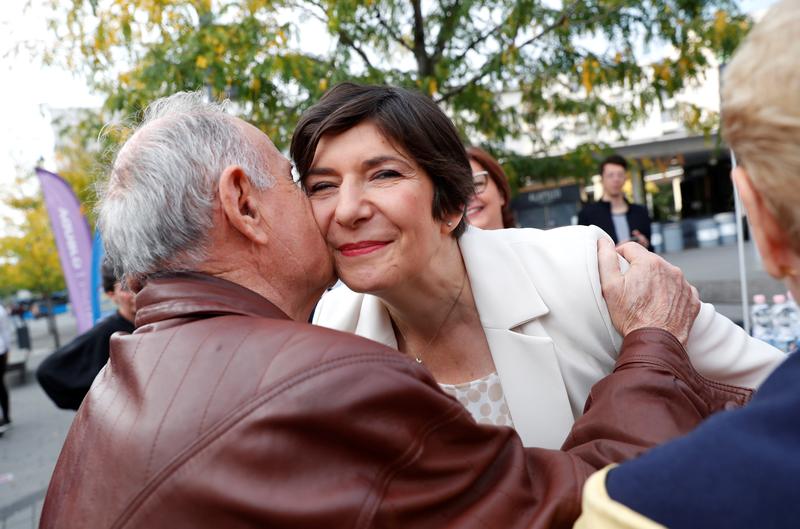 Klara Dobrev, a 49-year-old lawyer who favours closer ties with the European Union, won the first leg of an opposition primary contest on Thursday to pick Hungarian Prime Minister Viktor Orban’s challenger in a 2022 national election.
Dobrev, who would be the first woman to serve as Hungary’s prime minister, finished comfortably ahead of Budapest’s leftist mayor, Gergely Karacsony, 46, who won an upset victory over the ruling Fidesz party incumbent in the 2019 mayoral election.

Preliminary results from the first round of the primary election are expected later on Thursday. Based on results from 95 out of 106 constituencies, Dobrev, the leftist Democratic Coalition’s candidate for prime minister, led with 34.6% of the votes, with Karacsony second at 27.15%.

Conservative Peter Marki-Zay, mayor of a southern Hungarian city, was in third place with 20%. There will be a runoff next month among possibly the three top vote-getters.

Dressed in the blue and yellow colours of the EU, Dobrev told a news conference that after a fair and democratic race, she was ready for the second round.

“We will not stop until we defeat Viktor Orban and his regime,” Dobrev said.

Dobrev, a vice president of the European Parliament, has promised to reduce poverty and work for the adoption of the euro. Karacsony has also campaigned on a pro-European agenda. He has promised a more just tax system and to heal political divisions.

A patchwork of six parties that includes the Socialists, the Democratic Coalition party, liberals and the formerly far-right Jobbik, which has redefined itself on the centre right, has formed a united front against Orban for the 2022 parliamentary vote for the first time since he came to power in 2010.

Orban and his nationalist Fidesz party have held office largely due to an election system that favours big parties. The fragmented opposition had been unable to join forces in the past three national elections.

That has now changed, giving hope to opposition voters who turned out in higher-than-expected numbers for the primary, with more than 633,000 people casting votes nationwide.

Opinion polls put Fidesz and the opposition coalition neck and neck, raising the prospect of the tightest election in more than a decade.

While Dobrev leads now, she faces a double challenge as it is not clear at this stage whom Marki-Zay would back in the second round, if he decides to step down.

She is also the candidate of a party led by her husband, former Prime Minister Ferenc Gyurcsany, a deeply divisive figure who admitted in 2006 in a leaked speech that he lied about the economy to win national elections.

Orban has portrayed the opposition, especially Karacsony and Dobrev, as puppets of Gyurcsany.

“Let the theatre on the left continue, but it is clear who will have the last laugh: Ferenc Gyurcsany. Again, the task will fall to us to defeat him next spring,” Fidesz parliamentary group leader Mate Kocsis said on Facebook.
#Viktor Orban  #Facebook
Add Comment