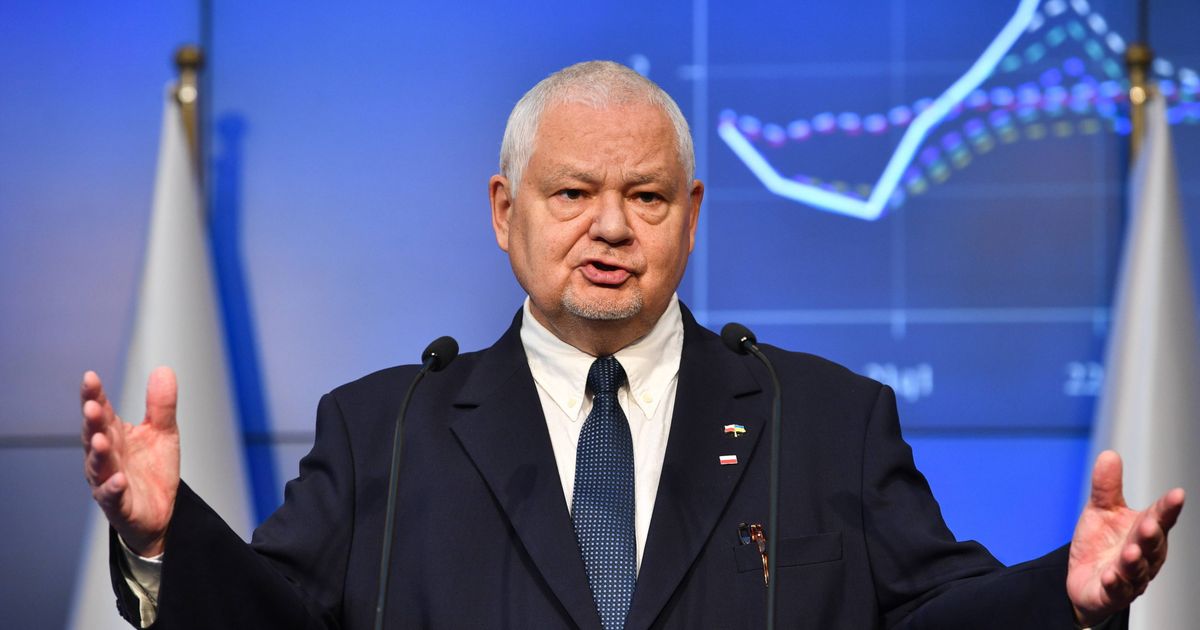 Adam Glapiński sees a danger not in worsening economic stats, but rather in a plot by Berlin and Brussels.

Poland is heading toward a recession, its currency is losing value and inflation is among the highest in the EU, but the head of the country's central bank has other concerns.

The danger for Poland lurks in Berlin and Brussels, Adam Glapiński warned in an interview with the right-wing Gazeta Polska published Wednesday.

Germany is aiming "for the recovery in some form of their former lands, which are now within Poland's borders, and the subjugation of this entire belt of countries between Germany and Russia," said Glapiński, referring to the territorial settlement after World War II that saw some eastern German territories handed over to Poland. The border shift has long been accepted by German governments.

He warned that Berlin's designs are being pushed by Donald Tusk, the leader of Civic Platform, Poland's main opposition party, and a former Polish prime minister and president of the European Council.

"For a year it's been said that the task set by Brussels for Tusk is not only for him to overthrow Poland's existing government and put our country on course for the eurozone," Glapiński said. "Once these tasks are accomplished, Tusk is to return to Brussels, become head of the European Commission and pursue an accelerated effort to build a European state."

It's all part of a broader scheme by Berlin to exert control over the Continent, warned Glapiński, a close friend of Poland's de facto leader Jarosław Kaczyński and head of the National Bank of Poland since 2016. In an earlier interview, Glapiński said: "Tusk was sent with a plan to incorporate Poland into the German European empire."

Tusk is no fan of Glapiński, and has vowed that if the opposition wins the next election Glapiński would be out of a job, saying he was improperly named to a second five-year term earlier this year.

But for now Glapiński is firmly in charge of the National Bank of Poland and he alleges that the European Commission is in cahoots with Germany and acting against Poland's nationalist government led by Kaczyński's Law and Justice (PiS) party. Glapiński says that's why the EU isn't paying out €35 billion in loans and grants under the bloc's pandemic recovery fund.

Brussels says that to get the money, Poland has to meet agreed "milestones" and undo changes to the court system that were seen as bringing it under political control, but Glapiński and PiS backers argue the Commission is playing politics.

The EU "wants to give this money to the next government," the central banker said.

What's especially annoying Brussels and Berlin is that Poland is such a success story, he added. 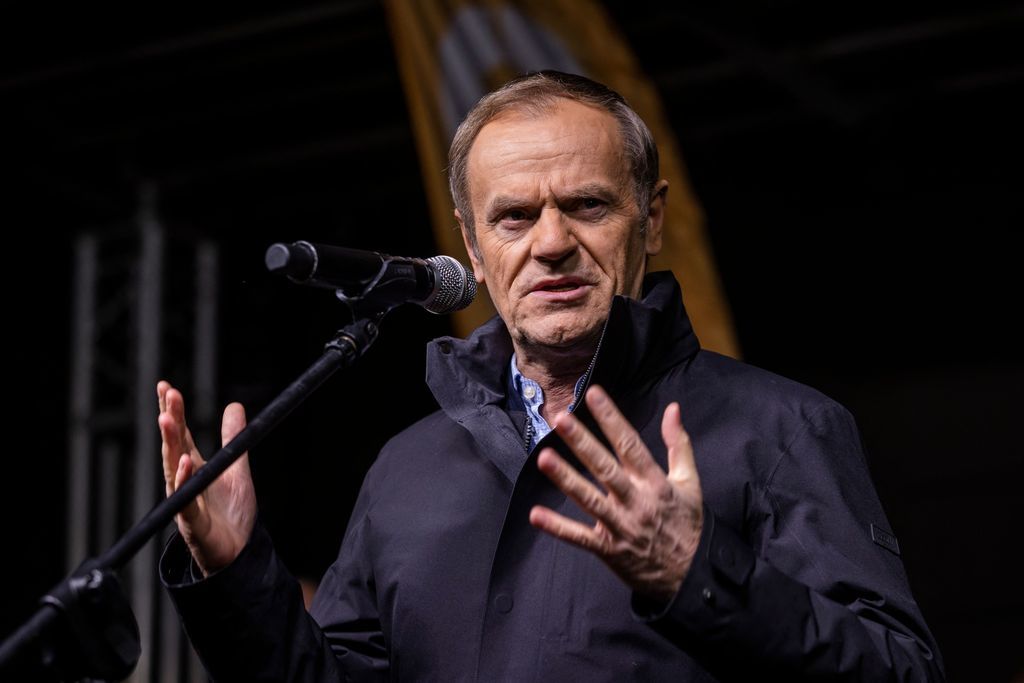 "Having a sovereign central bank, our own money — the złoty — and our dynamic economic development is what most annoys them," Glapiński said. Poland agreed to adopt the common currency when it joined the EU in 2004, but the current government wants to stick with the złoty.

The latest numbers suggest Poland's economy is anything but dynamic.

Poland's statistical agency reported Wednesday that GDP expanded at an annual rate of 5.2 percent in the second quarter of this year, down from 8.5 percent in the first quarter. A 2.3 percent quarter-on-quarter contraction puts Poland at the bottom of the heap of EU economies, according to Eurostat.

"Economic activity is slowing. Maybe it's not yet an emergency, but there is perceptibly slower growth," wrote Zbigniew Maciąg, chief economist of the Lewiatan employers' confederation.

Maciąg predicted that the economy would continue to slow, which presents problems for the central bank. It was late to start hiking interest rates when inflation began to take off last year; the bank's benchmark rate is 6.5 percent while annual inflation came to 15.5 percent in July.

But the unexpectedly sharp growth slowdown means any further boost in interest rates could deepen a recession.

"All this means that it is becoming increasingly difficult to count on further rate hikes in Poland," Piotr Popławski, an economist with Poland's ING Bank Śląski, told the Polish Press Agency.

The lack of billions of euros from the EU, a slowing economy and high inflation all pose potential difficulties for PiS as the party prepares for next year's parliamentary election.

With Brussels and Berlin increasing the pressure on Warsaw, the stakes are enormous, Glapiński said.

The central bank did not reply to a request for comment on Glapiński's interview, which it has published on its web page.