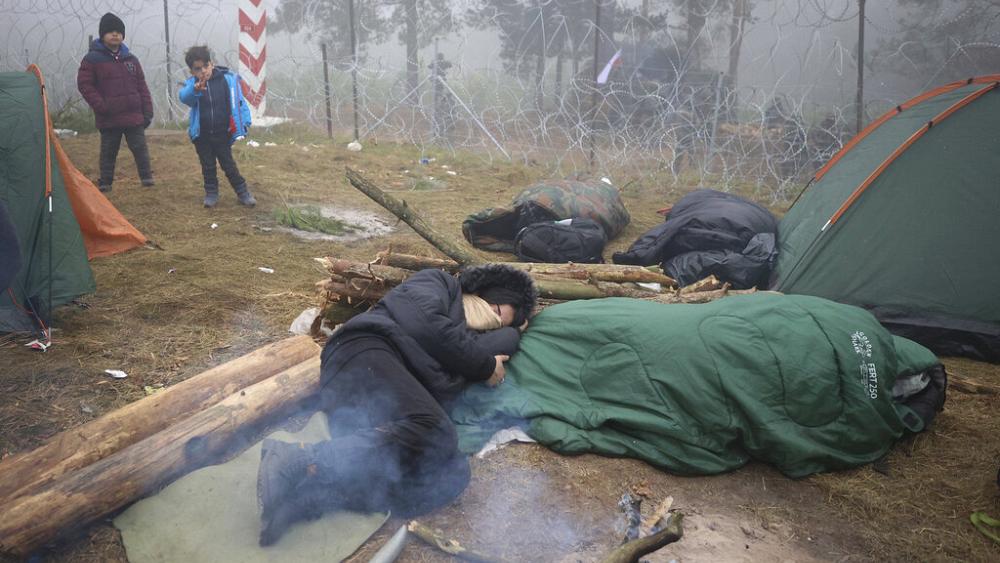 While the EU takes a hard stance against Belarus, Poland must also face up to its responsibilities toward vulnerable asylum seekers, say the Open Society Initiative for Europe's Magdalena Majkowska-Tomkin and Manos Moschopoulos

Confident of prevailing in the standoff, the leader has remarked that Europe “will crawl and ask for our co-operation on drugs trafficking and illegal immigration... If they don't pay, we will not protect Europe from these flows".

Though it could have been a report from the last few days, this also happened in 2002 after NATO excluded Belarus from a summit in Prague, drawing Lukashenko’s ire.

Weaponising migration has a history

Attempts to blackmail the continent over irregular migration has been around for longer than we think. The scenes on Poland’s border are desperate and concerning, but they are only the latest in a pattern of similar events.

Just last year, an enraged President Recep Tayyip Erdogan declared he would no longer prevent migrants heading towards Europe and ordered the shuttling of people towards Turkey's land border with Greece, prompting days of violence.

Soon after, though, her colleague responsible for migration, Commissioner Ylva Johansson insisted that Greece needed to uphold the right to asylum. 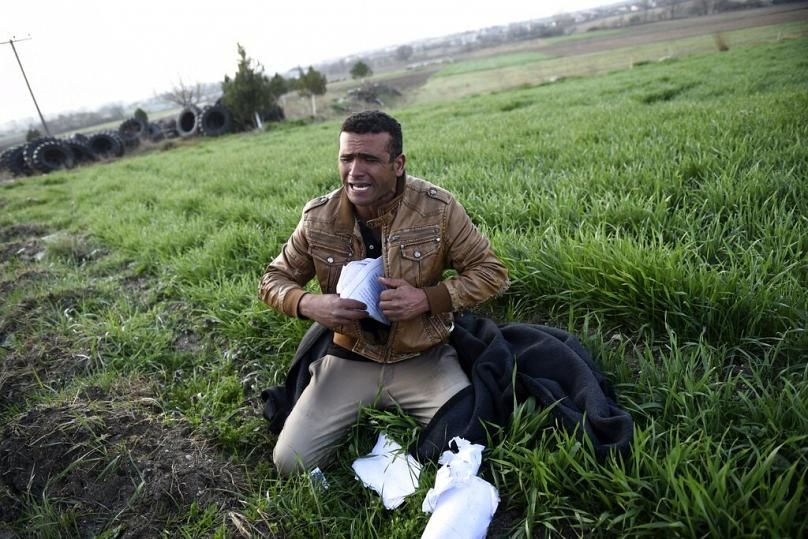 An Iranian man clings to his documents after entering Greece from Turkey, in the village of Thourio, Evros in March 2020

Since then, the Greek government’s border control tactics have been characterised by reports of illegal deportations (known as pushbacks), which have drawn widespread condemnation. Greece responds to these allegations with cries of "fake news" and blanket denials.

Croatian security forces have also for years faced accusations of systemic violent deportations, and were recently filmed by journalists doing just that. But the Croatian government claims only a few "bad apples" in border enforcement are to blame.

Poland, however, is not concerned about its reputation nor legal challenges. It has already ignored an order by the European Court of Human Rights to provide food, medical care and access to asylum to a group of Afghans stranded on its border for weeks.

The Polish government relishes its politically advantageous position of appearing to be the "defender" of "Christian Europe" and "Western civilisation" against both "invading" asylum seekers and the ‘hybrid warfare’ of the regime in Minsk.

In that light, it has rejected repeated offers from the German government for assistance with border protection, and has not allowed EU border agency Frontex, which is headquartered in Warsaw, to be present at the border.

At least eight migrants have died in the forests between Poland and Belarus. The grim inevitability is that more will die if left stranded without support in freezing temperatures.

These deaths could be prevented by the Polish government simply applying the existing laws to allow claims to be processed, and basic humanitarian assistance to be provided. At present, not even the Polish Red Cross is allowed entry to the border zone.

Allowing entry does not mean an automatic right to remain. But it does affirm a right to due process and basic humanity. 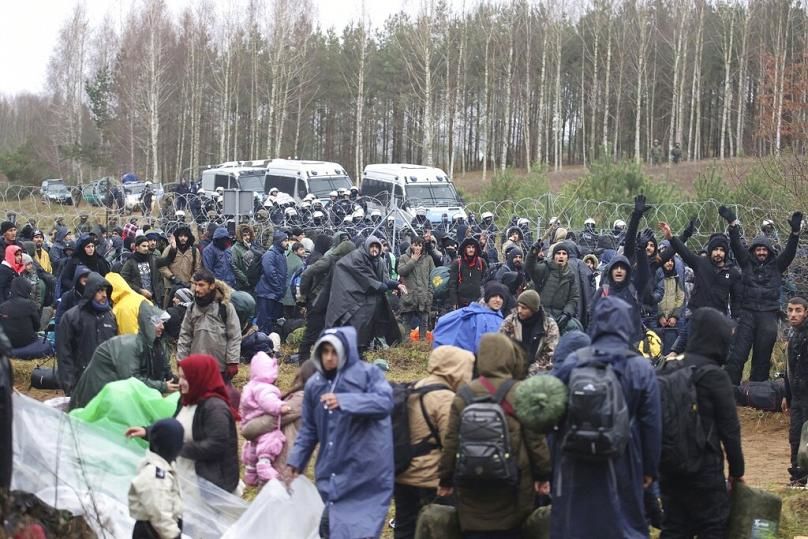 Migrants approach the border near Grodno, Belarus on Monday

It is a challenge, but the number of people is not so high to prevent Poland, with the support of EU institutions, to consider their asylum claims and provide legal protection to those eligible.

Certainly, an offer of an emergency resettlement mechanism for the new arrivals could be proposed to the authorities in Poland, as well as in Lithuania and Latvia, where Belarusian regime forces have also escorted more people.

Finally, a Frontex mission to Poland would ensure basic border management principles and procedures apply. Though it is true that elsewhere in the bloc, the border agency is alleged to have been involved in pushbacks, in this case, its presence might have a positive effect.

This approach would show Belarus that the European Union can effectively respond to the situation using the existing legislation and tools at its disposal, limiting the potency of Lukashenko’s tactics.

No EU member state should be exempt

At the same time, the European Union must stand firm in its commitment to the rule of law and fundamental rights.

The argument that Poland, or any member state, should adhere to EU norms and values is already undermined if Poland can derogate from EU law on matters of border enforcement.

Poland should not be offered concessions on matters relating to the rule of law, including on its borders, at a time when there is growing political momentum in Brussels to hold governments such as those in Budapest and Warsaw to account for undermining their democracies.

Undoubtedly, the EU also needs to take a hard stance against Belarus to prevent it from engaging in such coercive tactics. This should extend to banning any aircraft lessor or operator flying to Belarus from doing any business in the European Union. 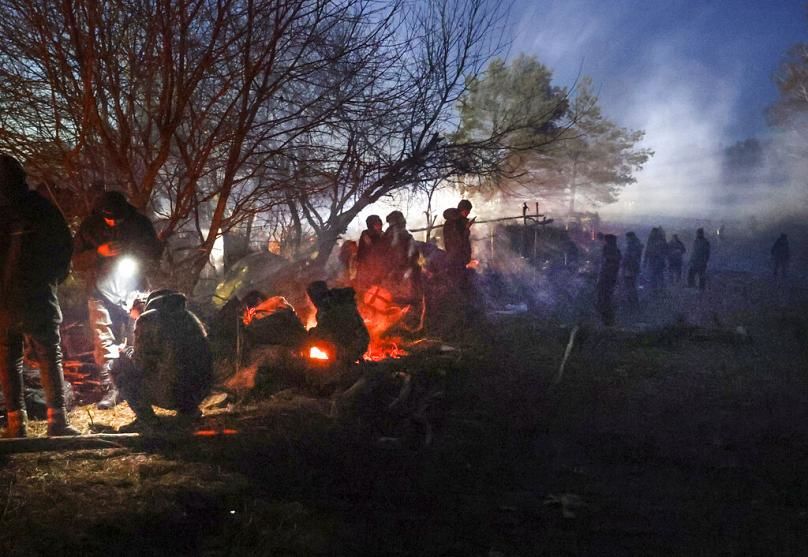 Current contracts with companies leasing aircraft to Belarusian state airline, Belavia, many of which are based in EU member state Ireland, can and should be revoked.

Poland also has the option to close border traffic to goods from Belarus, hitting Belarusian exports.

This is not the first time Lukashenko has threatened to weaponise irregular immigration against the EU to provoke a political reaction. It is not even the second time: Frontex was established partly in response to similar threats from Minsk in 2004.

To prevent this scenario from reoccurring in the future, the EU must show it is resilient to such attacks. Ad hoc solutions that undermine the EU’s own cohesion and values will only empower others who would use human lives for political gain.