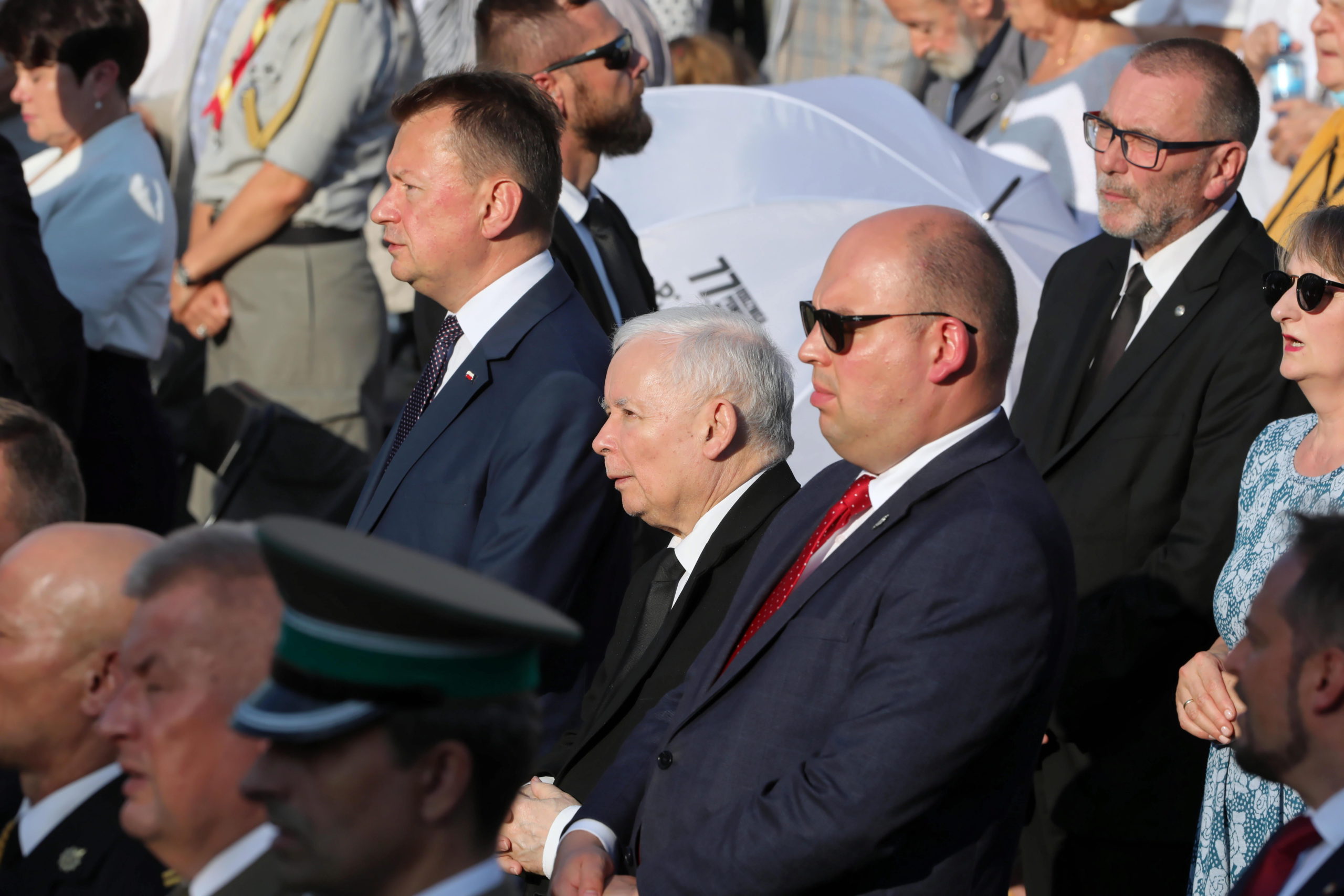 Poland bows to Brussels' demands on respect for judicial independence

Poland announced this Saturday that it is reversing its judicial reform to avoid a head-on collision with the European Commission. The community body had denounced the introduction of a new disciplinary system for judges, considering that it threatened the independence of the Polish courts.
The Court of Justice of the European Union, at the request of the Commission, declared the changes illegal, but until this Saturday Warsaw threatened to resist complying with the verdict.

The withdrawal signal has come from the top because it has been Jaroslaw Kaczynski himself, outside the Polish government but number one of the party that supports it, who has closed the conflict with Brussels. “We will dissolve the disciplinary chamber in its current form and in this way the reason for the dispute will disappear,” said Kaczynski, president of PiS (Law and Justice) in a statement collected by Reuters.

Kaczynksi has ensured that, despite his surrender, he does not recognize the judgments of the EU Court that, in his opinion, go beyond what is foreseen in the EU Treaties. And he has indicated that the dissolution of the chamber had already been planned for months, long before the European Court ruled in mid-July.

But the announcement of the “liquidation” of the disciplinary chamber comes after the opening of a file of the Commission for contempt of the Court. The conflict had splashed, rebound, the Polish recovery plan, still pending the green light from the Commission and with which Warsaw expects to receive up to 36,000 million euros from the recovery fund.

Kaczynski’s words open at least a period of truce between Warsaw and Brussels, although they could strain relations within the Polish government. This Friday, Justice Minister Zbiqniew Ziobro, a member of United Poland, the other coalition party, was in favor of standing up to Brussels.

“I am completely against giving in to the illegal blackmail of the EU that is carried out through the Court of Justice of the EU,” said Ziobro in an interview with the Polish newspaper Rzcezpospolita. The minister assured that if the orders on judicial reform are complied with “then tomorrow the EU Court will issue a verdict that forces Poland, for example, to approve gay marriage and the adoption of children by such couples.”

The contempt for the European Court, however, would have exposed Poland to a brutal confrontation with the community institutions, which consider a priority to maintain legal security derived from respect for the judgments and orders of European justice. The conflict would have exposed Poland to lose European aid from the recovery fund against the pandemic, of which it expects to receive 24,000 million in non-refundable grants and 12,000 million in loans under favorable conditions.

Kaczynski’s turnaround will now allow the Commission to focus on its confrontation with the government of Viktor Orbán in Hungary, which also keeps the approval of the recovery plan blocked, endowed with 7.2 billion euros in subsidies. In this case, the conflict parallel to the processing of the plan revolves around the law approved by Budapest to prohibit the dissemination of content related to the LGTBIQ community by any means to which minors may have access.

The president of the European Commission, Ursula von der Leyen, has accused the Orbán executive of equipping homosexuality with pornography and pedophilia with that law and has opened an infringement file to demand its withdrawal. Budapest has assured that it will maintain the norm. Some analysts point out that Orbán will yield, on the other hand, at the other point of friction with Brussels, relative, as in Poland, to respect for judicial independence.

In the Polish case, the tension with Brussels festered on July 14, when the Constitutional Court of Poland issued an opinion in which it assured that the precautionary measures of the European justice to stop the judicial reform could not be applied. That same day, the EU Court, based in Luxembourg, issued an order to provisionally suspend the activity of the disciplinary chamber created to monitor the judges of the Polish Supreme Court.

The collision of the two jurisdictions, that of the Polish Constitutional Court and the European court, set off alarms in the European Commission. Von der Leyen warned that he would use his entire arsenal to stop the contempt. Only six after the Constitutional order, the Commission opened an infringement file and gave Poland a month (until August 14) to obey the orders of the European Court under penalty of potentially multimillion-dollar fines.

The vice president of the Justice Area Commission, Vera Jourova, justified the speed in an interview with MRT. “It is not surprising that we react quickly. We play a lot, ”Jourova pointed out.

The jurisdictional conflict with Warsaw is the most serious, but not the only one that the Commission keeps open. Brussels has also filed a case against Poland for the creation in a hundred localities of the so-called LGTBI-free zones.

In addition, both Poland and Hungary are subject to a file based on article 7 of the EU Treaty, a never-used nuclear weapon that allows members who violate the fundamental values ​​of the club to suspend the right to vote in the Council of the Union. . The threat has never materialized, among other things, because it means turning the affected country into an institutional pariah and because the tremendous punishment requires the unanimity of all the partners, a consensus that does not exist.

But the Commission has had another much more expeditious way to sanction since January 1, thanks to a regulation that allows the suspension of Community funds to countries where the fragility of the rule of law does not guarantee their proper management. Brussels has promised not to strictly apply this rule until the European Court rules on its legality following two appeals presented by Warsaw and Budapest. But the Von der Leyen executive insists that he is already collecting information for the possible investigation of files as soon as he has the green light from the judges.
Add Comment