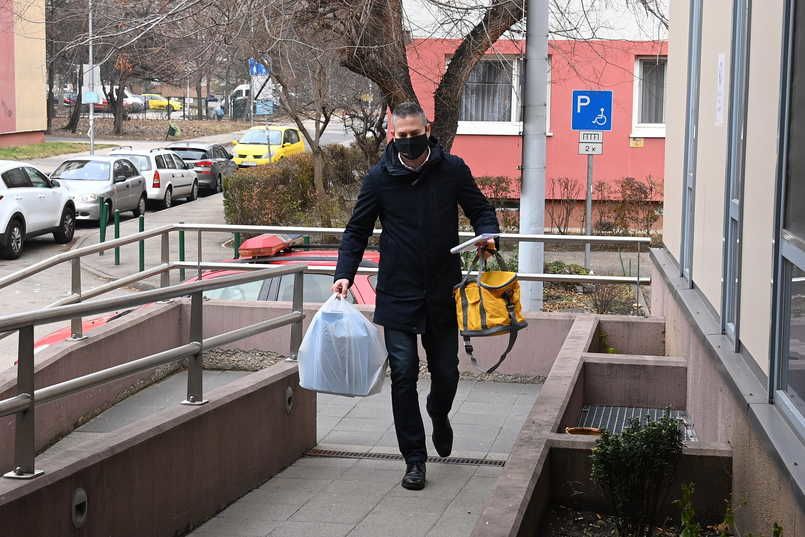 Pfizer Vaccines for Children Arrive in Hungary, Along With Omicron Variant

The Omicron variant of the coronavirus was detected in Hungary, chief medical officer Dr. Cecília Müller told TV news channel M1 on Dec. 13. The Hungarian-owned Neumann Labs identified two Omicron cases in a married couple. However, the pair had not been abroad, which means they had been infected domestically.

Because the Omicron variant is in community-spread across Europe, its appearance in Hungary “was to be expected,” Müller said. She added that the Delta variant is still almost exclusively responsible for the current cases.

Concentrations of coronavirus hereditary material in wastewater corroborate the increasing number of cases reported, having risen across most of the country. Despite stagnating in some areas, an increase was observed in many others, including settlements surrounding the capital.

Concentrations had “increased” in a total of 21 places and were exceptionally high in Győr (120 km northwest of Budapest) and Nyíregyháza (240 km northeast).

Due to the ongoing coronavirus crisis, Parliament voted on Dec. 14 to extend the state of emergency powers, which had been set to expire upon the New Year, until June 1, 2022, according to state news agency MTI.

The government said it would initiate an early end to the state of emergency “if the pandemic situation allows,” according to the justification, and added that it would not impact the general election in the spring.

Despite the extension of the precautionary measures, Prime Minister Viktor Orbán told Kossuth Rádió on Dec. 10 that experts believe the fourth wave of the pandemic could be peaking or perhaps even declining in Hungary.

“Nobody knows for certain, but the public wisdom at the moment, among our experts, is that we are at the peak of this wave, and it could even be ebbing,” Orbán said.

He also stressed the importance of receiving vaccinations prior to family gatherings for the holidays, emphasizing that inoculations against the coronavirus for children aged 5-11 would start in Hungary on Dec. 15. The first delivery of Pfizer’s coronavirus vaccine, sufficient for roughly 69,000 members of this age group, arrived in Hungary the day before.

Inoculations of children have been a hot-button subject recently, in one case involving the other sensitive issue of employment-mandated vaccinations. According to a report from 24.hu, the vast majority of the municipalities in the capital have not made the employment of people working in kindergartens and nurseries conditional on receiving the coronavirus vaccination. They have generally cited high vaccination rates in their districts for not doing so.

As of Dec. 2, the national vaccination rate of those over 12 stood at 69.7%, according to the government website for pandemic news, koronavirus.gov.hu. Hungary had the highest rate for COVID booster jabs in the European Union, according to a ranking posted on the government’s Facebook page, which showed that 26.19% of the population had received a booster.

These favorable numbers can be attributed to recent government efforts, in particular the extended national inoculation drive, which saw one million doses administered during its recent three-week run. Earlier, Orbán had said that these inoculation drives would be organized in “all settlements” in Hungary in the coming month and a half.

Meanwhile, given its abundance of vaccines, Hungary continues making charitable donations to countries more in need. Minister of Foreign Affairs and Trade Péter Szijjártó said in a post on Facebook on Dec. 1 that Hungary would be donating 150,000 jabs of the AstraZeneca coronavirus vaccine to Tajikistan.