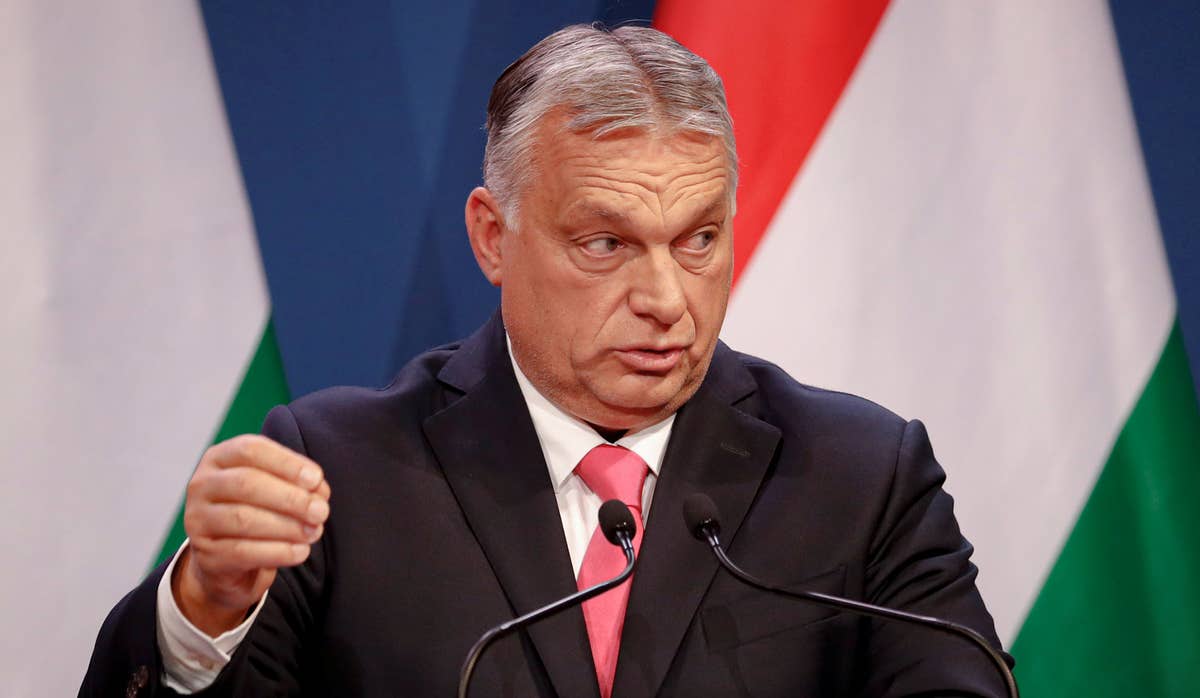 Hungary's Orban refuses to accept Muslims can be Europeans. His bigotry, and his collusion with Serbian nationalists, are provoking another war, while the backlash from fellow EU states is barely audible

This holiday season marks exactly 29 years since my family and I found shelter in an improvised refugee camp in the Bosnian city of Zenica, less than two months after we fled my hometown of Jajce, in central Bosnia. After the Republika Srpska army seized Jajce, we joined thousands of other civilians fleeing their homes, not knowing if they would ever return.

When the war started, I was only a year old, and too young to be conscious of what was happening around me. Today I am old enough to recognize how power-thirsty populists are using similarly dangerous words and actions to the Serb nationalists of the early 90s. 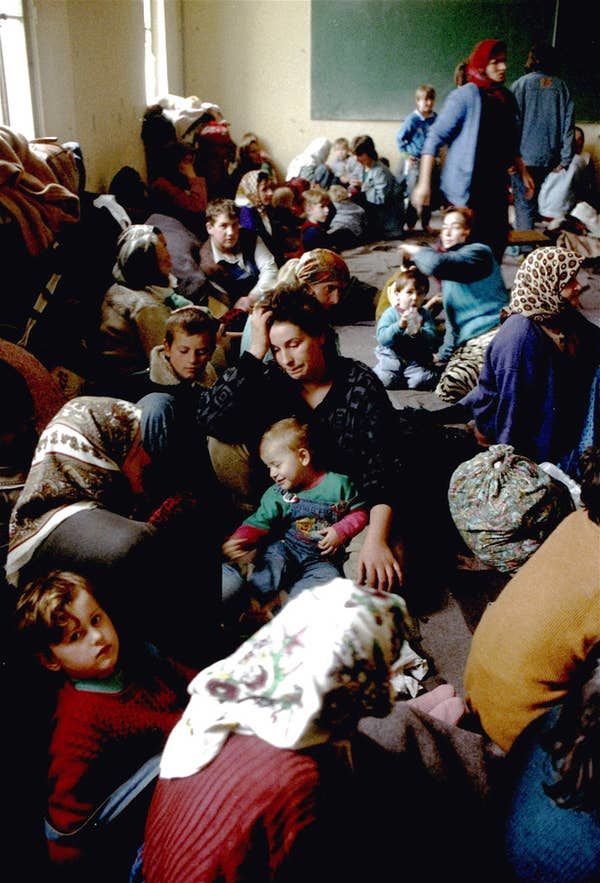 29 years ago: Refugees from Jajce, recently captured by Serb forces, huddle together in a temporary refugee center in Travnik, Bosnia-Herzegovina

After months of intentionally blocking Bosnia's state-level institutions from functioning, the Bosnian Serb leader Milorad Dodik who is the Serb member of Bosnia’s tripartite presidency, is taking concrete steps to establish parallel institutions that would lead to the dismantling of the country, essentially provoking a potential war.

Dodik’s repeated calls for Republika Srpska to secede have never been more tangible. On December 10, its National Assembly voted to withdraw from Bosnia’s joint Armed Forces, secret service, tax system, and judiciary. These secessionist actions have not been properly addressed by either the relevant state judicial institutions or the international High Representative, who has a mandate and executive powers to implement and defend the Dayton Peace Agreement.

It is not Dodik’s warmongering that concerns the ordinary citizens as much as the silence or tacit approval and even support coming from some of the EU member states. One of the staunchest supporters of Dodik and his irredentist plans is Hungary, and its right-wing Prime Minister Viktor Orbán.

Last week, Orbán commented, in relation to EU expansion, that "the challenge with Bosnia is how to integrate a country with 2 million Muslims," going on to query how Europe could manage the security threat of a state with so many Muslims in it.

His baldly prejudiced statement caused a backlash – but mainly in Bosnia and Herzegovina, where Bosnian Muslims (Bosniaks) remember the same kind of Islamophobic rhetoric used 30 years ago by Serb nationalists on the eve of the war.

Bosniak member of Bosnia's tripartite Presidency, Šefik Daferovic described Orbán's anti-Muslim statement as "shameful and rude," noting that it was not Muslims who pose a challenge to Europe, but people like Orbán and their "radical, xenophobic, and racist ideologies."

In a sharp rebuke, former Minister of Foreign Affairs of Croatia, Vesna Pusic stressed that "Bosnian Muslims are integrated Europeans and a living proof that Islam is also a European religion." Bosnia's Grand Mufti, Husein Kavazovic commented that Orbán’s words were a problem not just for Bosniaks but for all of Europe: similar xenophobic and racist ideologies had led to the Holocaust and other horrific crimes in the past.

During the same press conference, Orbán poured oil on the flames by announcing Hungary would block any potential EU sanctions targeting Dodik for his separatist actions, and that Budapest would provide €100 million in assistance to the Serb-dominated Republika Srpska entity. Such actions explicitly undermine the efforts by other EU countries to sanction Dodik in the hope of restraining his secessionist urges.

Hungary's sinister role in destabilizing Bosnia and Herzegovina did not end there. The same day as Orban’s inflammatory remarks, a leaked EU report revealed that the EU Commissioner responsible for Bosnia, Olivér Várhelyi – one of Orbán's hand-picked appointments – was effectively acting in cahoots with Dodik.

For many Bosnia watchers, the leaked document served as evidence that Várhelyi has not only been appeasing the Bosnian Serb nationalists but openly colluding with strongman Dodik in breaking up the country. Such reports are retraumatizing the ordinary people of Bosnia and Herzegovina, including my mother, who now regularly relives the years preceding the bloody Bosnian war. 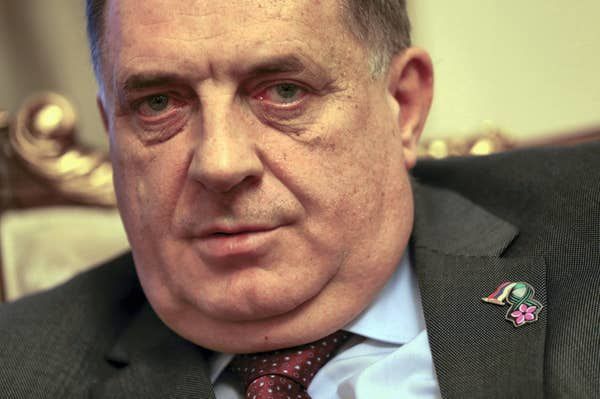 We returned home to Jajce in 1997. This week, as she followed the news, my mum would occasionally ask: Will there be another war soon?

Three decades ago, she often reminds me, the people of Jajce didn't believe the war would happen, even though the Yugoslav National Army soldiers were digging trenches around the city. They were effectively rolling out the red carpet for the separatist aggressors of the Republika Srpska army, in the very place where Yugoslavia was founded in 1943.

Today, Milorad Dodik and his supporters are digging offensive political trenches, cosying up to Europe’s right-wing populists, and forging plans to re-establish the very same Army of Republika Srpska which not only turned my family and I into refugees, but also committed the worst atrocity in Europe since the World War II, the Srebrenica genocide. 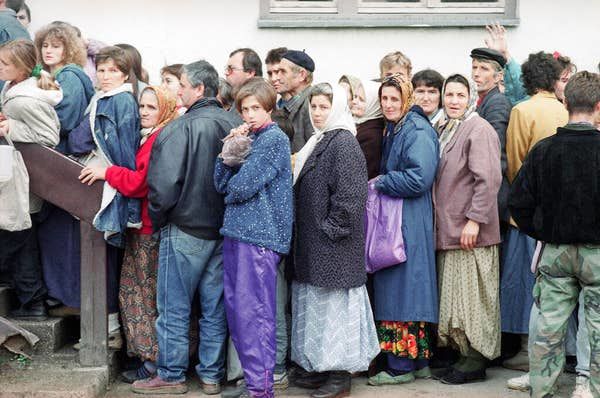 29 years ago: Refugees from Jajce wait in line to receive bread, in the relative safety of the town of Travnik

This is the first time ever I have ever felt nervous about the future of Bosnia and Herzegovina. Looking abroad for salvation or even just allyship is an increasingly forlorn hope: EU officials are in bed with Dodik, EU heads of state sabotaging leverage against him, impotent American diplomats looking for quick-fix solutions.

What Bosnia desperately needs is a more dedicated and joint EU-U.S. approach grounded in the values that have made EU membership such a long sought-after goal, sanctions against Dodik, and additional international peace enforcement boots on the ground to deter violence.

While Bosnia needs this immediately, the EU needs it too. It cannot allow illiberalism and operationalized hatred to gain a permanent foothold on the continent, spreading its wares and poison further afield.

Every time my mum asks if there’s a new war looming, I bend the truth a bit. I don’t want to think how I’d tell her that we might need to flee again. My New Year’s wish is to never again to spend a New Year’s in a refugee camp, like we did 29 years ago. In Bosnia, we know we can never take peacetime for granted.