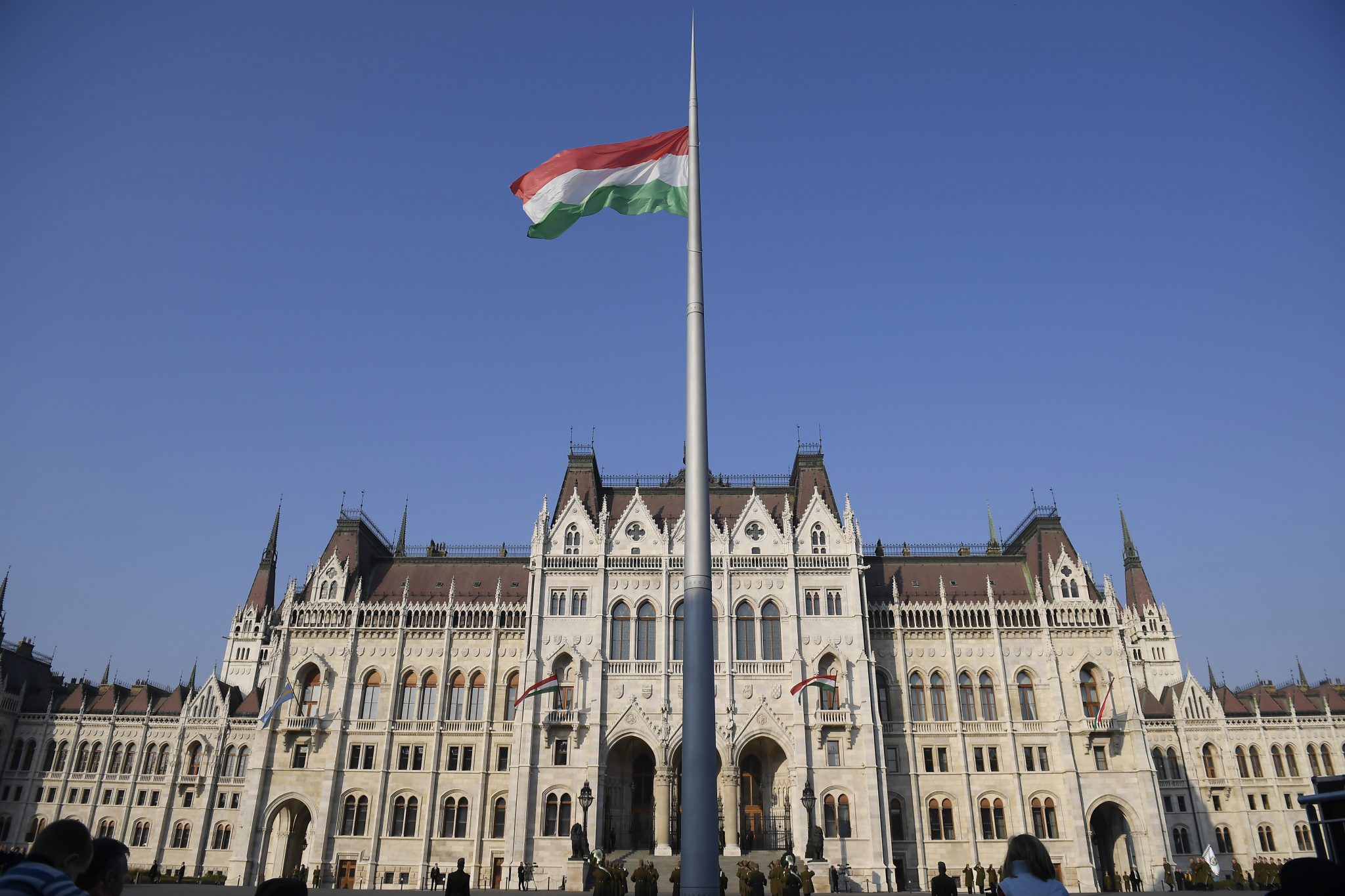 According to tradition, the day will begin in the capital with the ceremonial raising of the national flag in front of the Parliament building, followed by various programs in the afternoon, such as the keynote speech of Prime Minister Viktor Orbán, the “peace march” of the pro-Fidesz organization CÖF, which is a demonstration for the Orbán government, memorial service by the opposition, wreath-laying, and numerous cultural programs.

On the occasion of the 65th anniversary of the 1956 Revolution, numerous commemorative events are expected throughout the country, but as always, the largest events will be organized in the capital. Already on October 22, official commemorative events with wreath-laying ceremonies will take place at the Budapest University of Technology and Economics starting in the afternoon. It was from here that the 1956 revolution began its course at the time.

On October 23, Hungary commemorates the 1956 revolution and struggle for freedom, one of the most heroic but also bloodiest events of the 20th century in Hungarian history. The activities that take place on this day commemorate not only the terrible events of 1956 but also the subsequent destruction of communism.

The main celebrations will begin, as usual, on October 23 with the ceremonial hoisting of the Hungarian national flag in front of the Parliament building at 9 a.m. And like every year, in addition to the cultural events, there will also be political rallies. Because of the upcoming elections next spring, these will be even more intense on October 23. As said, every year the political parties organize rallies to strengthen their own camps, so this year’s commemorations will not be free from politics either.

Prime Minister Viktor Orbán will deliver his speech at 3:30 p.m. at the intersection of Andrássy Avenue and Bajcsy Zsilinszky Avenue, near Erzsébet Square.

The pro-government “Civic Union Forum” (CÖF) and the related CÖKA Foundation are organizing their 9th Peace March “for Hungarian Sovereignty” (for the Orbán administration), which will leave from the Technical University at 2:00 p.m. and end at Orbán’s speech.

The opposition parties are also organizing a joint commemoration. They will hold a demonstration at 4 p.m., at the corner of Andrássy and Dózsa György Street in the capital. Péter Márki-Zay, the joint opposition candidate for prime minister, will deliver a speech at the event.

In this way, the supporters of the two camps (government and opposition) can meet each other.

Numerous cultural programs on offer for the celebrations.

There will be light shows both on the evenings of October 22 and 23: at the University of Technology and Economics, at the House of Terror Museum, at the Foreign Ministry building, on the Imre Nagy Monument in Jászai Mari Square, and at the Bajcsy-Andrássy intersection.

One can visit the Grand Staircase, the Dome Hall, and the Holy Crown in the Parliament building for free between 10 a.m and 5 p.m. In addition, the House of Terror can also be visited free of charge all day.

On Kossuth Square, a historical car- a Csepel truck- will be exhibited during the weekend.

No corona protection measures in effect during the festivities

State Secretary for Communications, Zoltán Kovács, announced on Tuesday that the “operational staff responsible for the safe conduct of the festival has adopted the security plan for the central events. As many as possible should remember,” he said, stressing that this year will commemorate not only the 65th anniversary of the revolution but also the 15th anniversary of the “atrocities of the Gyurcsány government.”

The Secretary of State stated that corona restrictions for public events as well as church, state commemorations, and cemetery visits will not apply in the coming week on the occasion of All Saints’ Day and the Day of the Dead, as was the case for several events such as the August 20 series of events, the World Hunting Exhibition, or the International Eucharistic Congress.

He stressed that according to virologists and the operational staff, the celebrations can be carried out safely and without restrictions.