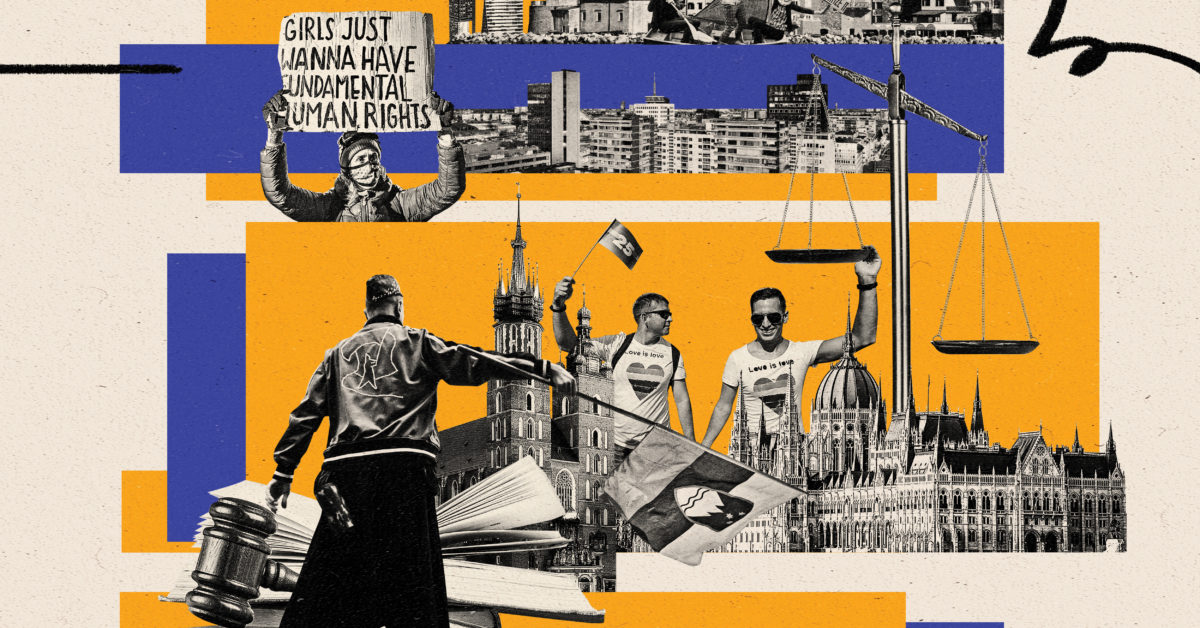 Next year will be critical for the rule of law

2022 could be the year the map of the European Union is redrawn.

For years, right-wing populists gained ground across the bloc’s newer member countries, inspired far-right groups across the Continent and stoked fears about the union’s democratic future.

In Hungary, Prime Minister Viktor Orbán consolidated his power over the media and judiciary. In Poland, the conservative Law and Justice party introduced wide-ranging changes to the country’s judiciary, raising deep alarm among judges, courts and EU institutions. And in Slovenia, Prime Minister Janez Janša put pressure on the country’s publicly funded news agency and undermined the process of appointing prosecutors to the newly established European Public Prosecutor’s office.

Now, however, the future of Europe’s troublemaker governments is more uncertain than it has been in years.

Hungary will hold a parliamentary election this spring, and for the first time, Orbán’s opposition has united in an effort to pose a real challenge to his power. While the alliance grapples with internal divisions and an uneven playing field, the prime minister’s opponents hope to capitalize on concerns over high-level corruption and economic challenges to reach undecided voters.

An opposition win would change not only rhetoric and policies in Budapest but also the dynamics in the Council of the European Union, where Hungary has often played the role of the rebel. It would also have geopolitical implications for the region: Orbán has nurtured ties with Beijing and Moscow, and a new government would likely make a U-turn and align more closely with the EU, the United States and NATO. An Orbán victory, on the other hand, would cement the veteran leader’s power and allow him to continue building an alliance of far-right and Euroskeptic forces across the Continent.

In Poland, 2022 could bring intensified competition between Law and Justice and its rivals, in particular former Prime Minister Donald Tusk. With tensions deepening between Warsaw and Brussels, the rival camps will likely clash on both rule of law at home and policy toward the EU. Law and Justice — which, unlike its Hungarian counterpart, depends on occasionally unpredictable coalition partners to govern — will face internal and external pressure ahead of an election expected in 2023, if the ruling alliance doesn’t collapse earlier.

And in Slovenia, Janša will be tested in an election expected in the first half of 2022. His Slovenian Democratic Party already relies on coalition partners to keep him in power. At the same time, the government’s handling of the pandemic — combined with recurring scandals — has raised questions about the prime minister’s political future.

For all the EU hand-wringing about the degradation of democracy and the rule of law in Central and Eastern Europe, this problem was never one that was going to be solved in Brussels. The next few months will reveal whether a solution will be found in the region.

With its large economy and high geopolitical significance, Warsaw’s political battles have implications far beyond Poland’s own borders.

The 72-year-old leader of Law and Justice is the most powerful person in Poland — despite his lack of a fancy job title. Behind the scenes, the veteran politician is expected to continue playing a major role in Warsaw’s decision-making, including how to address concerns from Brussels about the independence of the judiciary.

The ex-prime minister and former European Council president has returned to lead opposition party Civic Platform. And while Poland’s opposition is divided, his efforts do present a challenge for the ruling party. Tusk is campaigning to convince Poles — who overwhelmingly support EU membership — that the government is putting their dreams at risk.

Hungary’s 2022 election will be watched closely across the bloc. The stakes are high for both the ruling Fidesz party and its opponents, and the campaign is expected to get ugly.

To his fans, Viktor Orbán is a patriot bent on defending Hungary’s national interests. To his critics, he is a wannabe autocrat. The upcoming election could be a make-or-break moment for his career, but it also raises existential questions for the prime minister and the businesspeople who rose on his coattails.

The conservative mayor of the southern city of Hódmezővásárhely is Orbán’s unlikely challenger in the 2022 election. But the mayor, who is running on an anti-corruption platform, faces an uphill battle as the ruling party mobilizes the might of its resources — from billboard campaigns to the state media — against him and the opposition alliance.

The longtime politician is a close Orbán ally who has gained a reputation for firing off unsavory tweets. But Janša’s position at home is far from entrenched. Critics say that while there are worries about the Slovenian government’s moves, in particular its attacks on the media, the country’s democratic institutions remain intact.

A former journalist and EU correspondent, Fajon leads Slovenia’s opposition Social Democrats. She is currently a member of the European Parliament, where she has worked on issues such as relations with the Western Balkans.