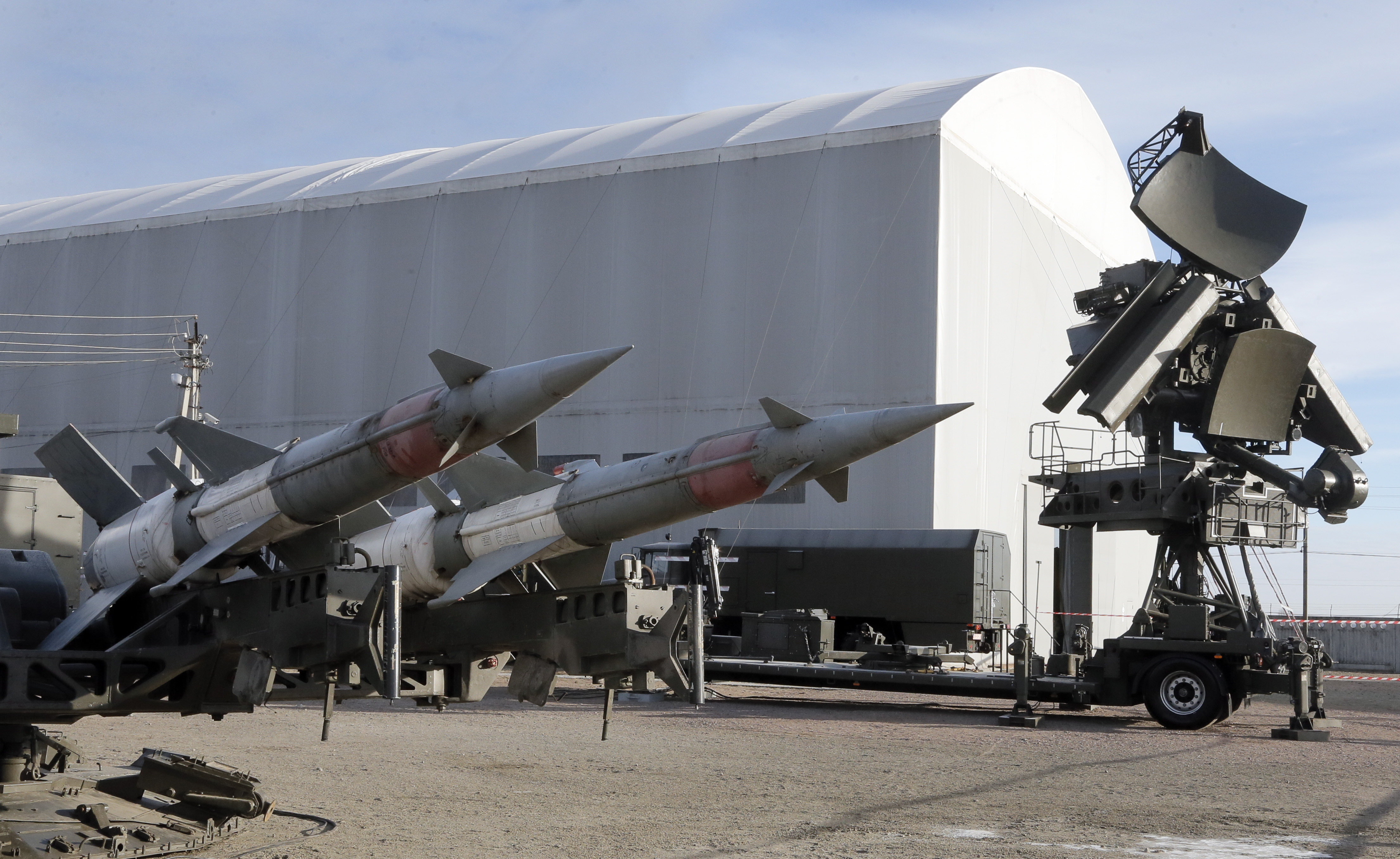 NATO rushing to build up air defenses for Ukraine — and itself

Defense ministers are scrambling to respond as Russian missiles continue to strike civilians in Ukraine.

The U.S. and its NATO allies are racing to assemble air defense shields both for Ukraine and for Europe as a whole, facing down complex issues from timing to getting systems to work together, as bombs rain down on civilians in Kyiv.

The renewed Russian cruise missile campaign on Ukrainian infrastructure and civilian targets came as NATO leaders gathered in Brussels this week, and as images of bloodied civilians poured out of Ukraine.

The response from NATO allies was swift. Germany announced the first delivery of a new air defense system, and France and Spain pledged new donations to knock Russian missiles and new Iranian-made suicide drones out of the sky.

At the same time, 14 members of the alliance — plus Finland — announced an ambitious effort on Thursday to build a new, interlinked missile defense system that spreads across the continent, something officials said was critical after seeing the violence Russia has loosed on Ukrainian cities.

“This commitment is even more crucial today, as we witness the ruthless and indiscriminate missile attacks by Russia in Ukraine, killing civilians and destroying critical infrastructure,” NATO Deputy Secretary General Mircea Geoana said after the announcement.

Dubbed the European Sky Shield Initiative, member nations are tasked with buying state-of-the-art missile defense systems and networking them to other nations’ systems to give the alliance a complete picture of Russian threats emanating from the sky.

In announcing the plan, German Defense Minister Christine Lambrecht noted existing “gaps” in European air defense. “We need to fill these gaps quickly, we are living in threatening, dangerous times,” she said.

The U.S. does not currently have a significant role in Sky Shield, but it does already operate two Aegis Ashore ballistic missile sites in Romania and Poland, which are focused on the potential threat of Iranian ballistic missiles.

Details are thin, but the complexity of the effort is clear. “Probably the most important task is how to link all those systems together,” Latvian State Secretary Janis Garisons told POLITICO after signing the agreement. It will take time and effort to build a “joint picture to make sure it is interoperable, and that might be the big challenge.”

Kajsa Ollongren, defense minister for the Netherlands, told reporters that “the importance of what we did this morning was saying we know that we need to do more, and we want industry also to do more and to be in front of the development of air defense systems. And we also realize we shouldn’t do it country by country, so we’re joining our forces.”

Any functioning network will almost certainly take years to develop and deploy, as sophisticated air defense systems are both expensive and slow to build. Advanced networking systems and coming up with rules for data and information sharing will be another hurdle for nations that have at times been hesitant to share such sensitive information.

Combining this effort with the push to immediately donate more NATO-caliber weaponry will also likely force countries to make tough choices about where they put their money. But the destruction Russia is visiting on Ukrainian civilians has shifted European thinking, showing the continent what industrial-scale war looks like for the first time since World War II.

The Kremlin’s recent appointment of Gen. Sergei Surovikin to lead the war effort has also been noted. “His nickname is ‘General Armageddon’ and he certainly earned it in the air campaign in Syria,” a NATO official told reporters on the sidelines of the meetings Wednesday, speaking on condition of anonymity due to ground rules in effect.

NATO officials this week said they were absorbing lessons from the war, and they’re hurriedly taking stock of how much ammunition is left in European depots after months of funneling artillery, anti-armor rockets and ammunition to Ukraine. One of the lessons is how many artillery rounds Ukraine is firing, and the effect it has on Russian units and equipment, a data point critical in planning overall defense spending.

In Ukraine, where Russian forces have already expended most of their precision-guided cruise missiles, the threat to civilians grows with each unguided missile launch from ships in the Black Sea and bombers flying inside Russian airspace.

The Russian barrages against civilians “will continue,” the senior NATO official said, adding that the introduction of the Iranian-made Mohajer-6 and Shahed drones “put stress on Ukrainian air defenses. They’re just harder to detect and you don’t want to waste [high end] defensive systems” on cheap targets with limited destructive capability.

The German defense chief Lambrecht got into some specifics for what she thinks the European air defense program should consider. “We will work speedily on the first joint projects, the joint purchase of Patriot units is one of them as well as of the modern system IRIS-T,” a system Germany recently started supplying to Ukraine. The first of four IRIS-T units has already arrived in Ukraine.

The Patriot and IRIS-T would be effective against lower- or medium-level missiles. She also mentioned the Israeli-produced Arrow 3 for higher-flying missiles.

“No decision has been taken yet, but I think [Arrow 3] would be the right system … for the challenge in Europe,” she added.

Oh ya 45 days ago
Well it seems Ukraine should not have started targeting civilian infrastructure. 1st that girl they blew up in her car in Russia and 2nd the bridge.. It had been noted that before that Russia had not hit many civilians. Well Ukraine changed that. The NAZIS changed the war and now because of that 60 % of the country has no power and 75 % of the internet is down. I would guess soon both will be 100 %. Did you have any relatives fight the NAZIS in WWII? Why would you support the NAZIS now? Russia lost 20 million people in WW2 so you dont have to speak German today.
View all comments (1)Add comment