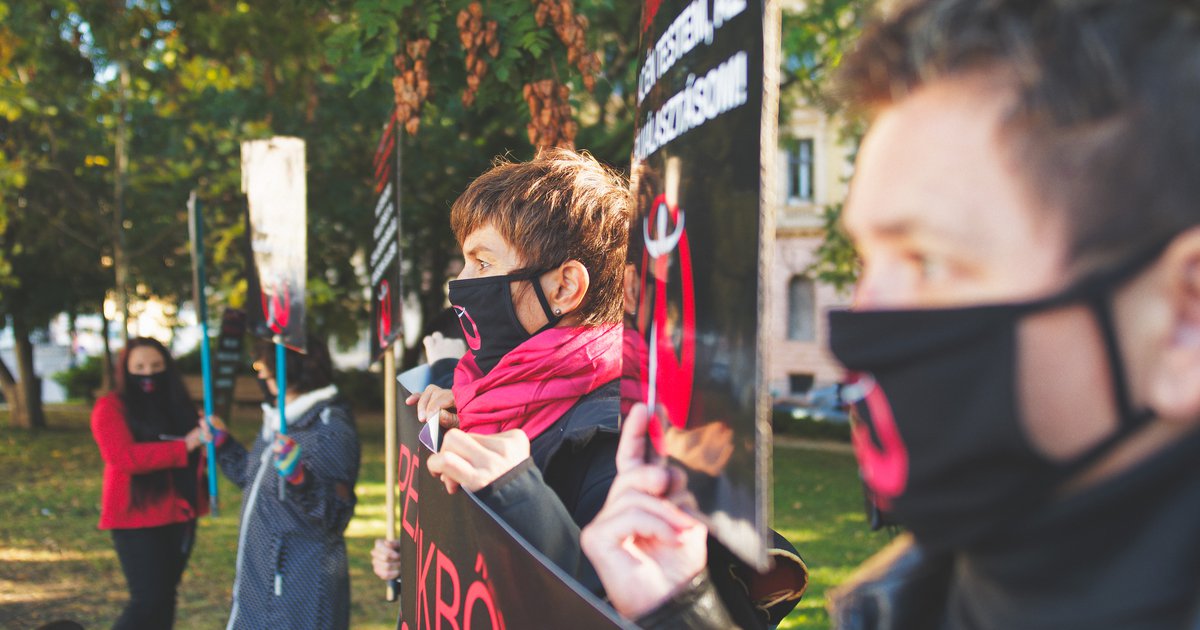 Murdered women can’t give birth: Why we opposed the Demographic Summit in Hungary

Two weeks before the fourth Demographic Summit in Budapest, an allegedly abusive man murdered his ex-wife, his young son and his former mother-in-law and then committed suicide, in Dunakeszi, a city near the Hungarian capital. The ex-wife had warned the authorities about her former spouse, but nothing had happened.

This appalling event – like many similar crimes before – could have been prevented, had the victims’ human rights been given priority. Instead, in 2020, the Hungarian government formally rejected ratification of the Istanbul Convention, a treaty to combat violence against women.

The Demographic Summit, an international gathering of ultra-conservatives, took place over two days last week. Organised by the illiberal Hungarian government led by prime minister Viktor Orbán, it supposedly focused on demographic problems with a regional scope, such as decreasing birth rates in central and eastern Europe.

But we at Nőkért – an organisation set up to protect the rights of women in Hungary – suspected that, in line with Orbán’s pronatalist policies, gender stereotypes and ‘biological essentialism’ would be presented as a solution. And they were.

We were appalled when we saw the guest list for the summit. We knew we had to tell people about Orbán’s new friends and launched a ten-day campaign via Facebook. 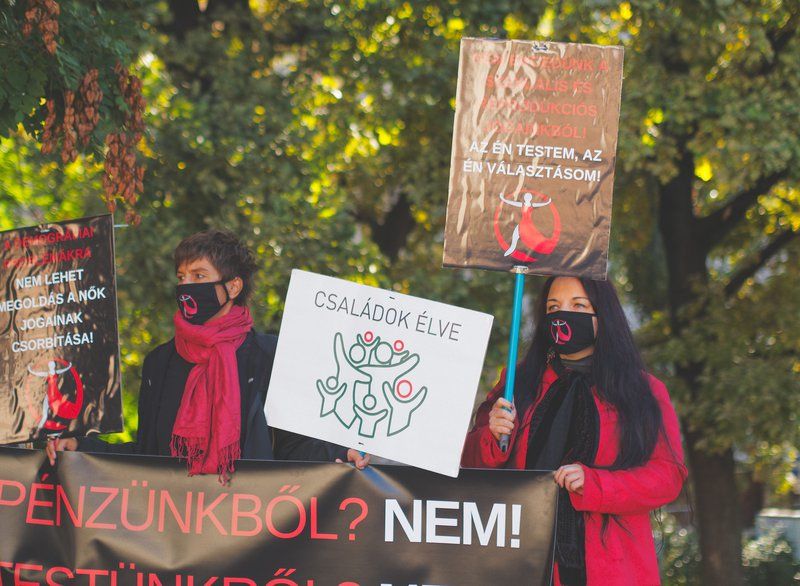 Activists from Nőkért protest outside the Demographic Summit in Budapest, Hungary

Far-Right guests from across the world

Attendees included France’s Marion Maréchal (former MP and niece of Marine Le Pen), whose views on abortion are stricter than those of the French Catholic church; and Bosnian Serb leader Milorad Dodik, who claims that the Srebrenica massacre is a “fabricated myth”.

We pointed out that Éric Zemmour, the celebrated French polemicist and journalist, has been accused of sexual harassment; and that Spanish ex-politician Jaime Mayor Oreja attributed the 2017 Barcelona terrorist attack to the acceptance of same-sex marriage.

Italian politician Lorenzo Fontana has praised Putin’s Russia as the ideal contemporary society; while American activist Sharon Slater, a returning guest of the Hungarian government and head of Family Watch International (branded an “extremist group”), believes that comprehensive sex education is a war on children.

Miklós Szánthó, leader of a Hungarian government-backed organisation bearing the ironic name Centre for Fundamental Rights, continuously attacks gender equality and LGBTQI rights. The centre publishes works by international anti-gender authors such as Marguerite A. Peeters, and is on friendly terms with the ultra-conservative Polish legal group Ordo Iuris.

It is ironic and even hypocritical that the Demographic Summit focused on ‘family-friendly’ and ‘pro-life’ conversations, without mentioning domestic violence and child abuse

It is ironic and even hypocritical that the Demographic Summit focused on ‘family-friendly’ and ‘pro-life’ conversations, without mentioning domestic violence and child abuse. Instead, participants said they worried about women’s careers, young people’s autonomous sexual decisions, same-sex relationships and condom use.

We decided to ‘welcome’ the guests near the entrance on 23 September, the morning before the opening speeches, with a flash mob. “With our money? About our bodies? Without us? NO!”

The media covered the flash mob. Even in Orbán’s semi-dictatorship, an event like this could not be held in Hungary without protest. 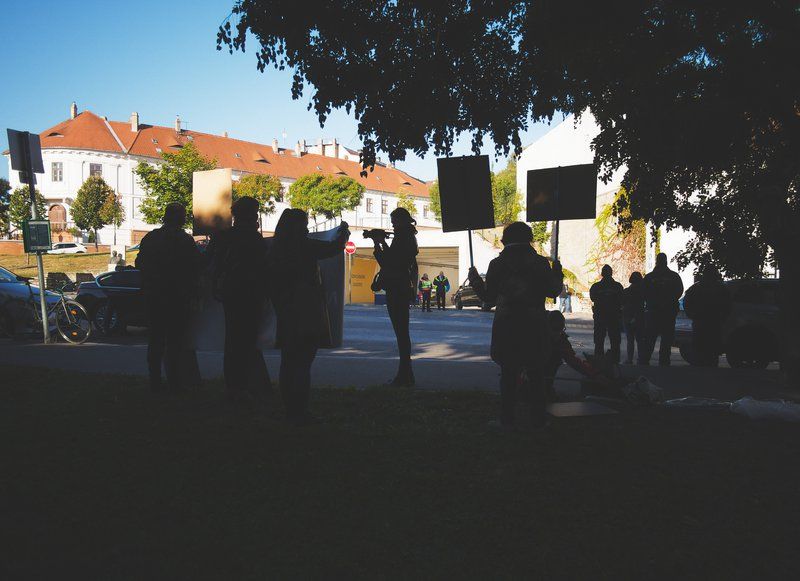 Women’s and LGBTIQ rights under attack

We have every reason to believe that sexual and reproductive health and rights are under serious threat in Hungary. We suspect that they will be the next target of the government’s anti-gender war.

The government has already refused to ratify a treaty to combat violence against women; forbids trans people from changing their legal gender; does not allow same-sex couples and single people to adopt a child; has banned gender studies at university and – as an amendment to the anti-paedophile law – banned LGBTIQ content in school, in sex education and in TV programmes for minors.

Frankly, there aren’t many rights left for women and LGBTIQ people.

According to a 2017 survey by the Pew Research Center, less than 10% of Hungarians say they regularly attend church; and the majority of Orbán’s voters support the current abortion law, which allows the termination of a pregnancy up to 12 weeks. But the government will find a way to restrict women’s rights, to flatter its ultra-conservative foreign allies.

We have a lot of work to do. Ultra-conservative control over women’s bodies is knocking at our door.