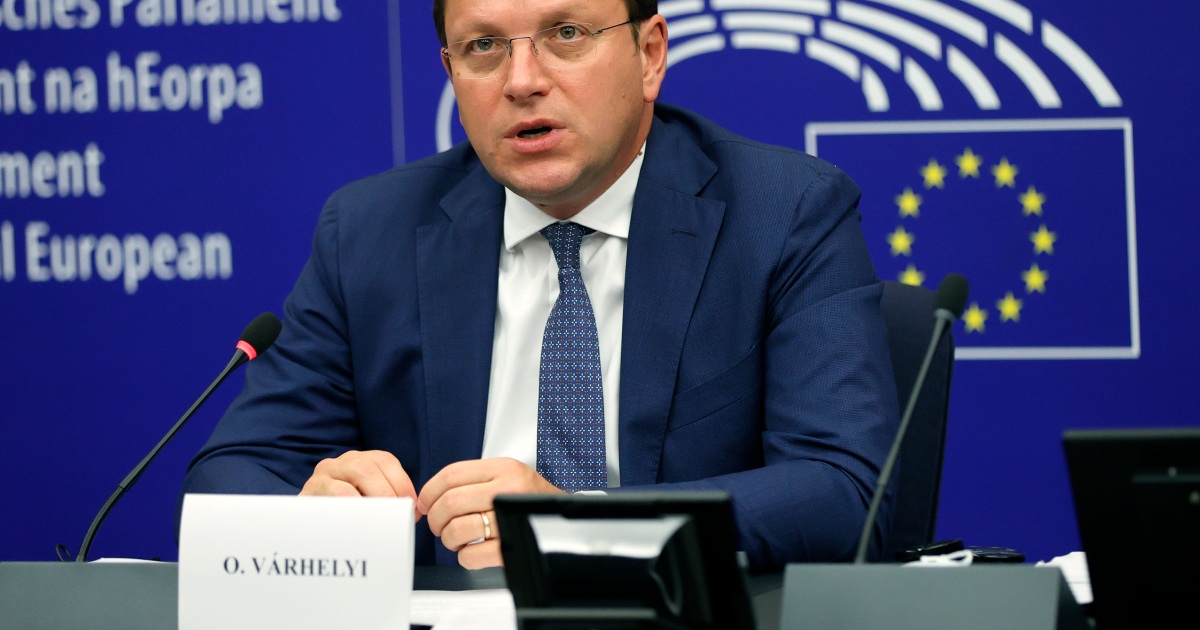 In a letter addressed to von Der Leyen released on Wednesday, members of the European Parliament (MEPs) wrote that a leaked document suggests that EU Commissioner for Neighbourhood and Enlargement Oliver Varhelyi “openly colluded [with Dodik] in potentially breaking up Bosnia and Herzegovina”.

“The report notes that Commissioner Varhelyi ‘agreed’ with Mr Dodik regarding the date of a special session of Republika Srpska’s National Assembly and that a 6-month moratorium to pass legislation on the unilateral withdrawal from state institutions would be announced,” the letter said.

Bosnia is currently facing its biggest political and security crisis since the end of the war in December 1995, when the Dayton peace agreement was signed.

The accords divided the country into two semi-autonomous entities – the Bosniak and Croat dominated Federation entity and the Serb-run Republika Srpska entity.

“Commission representatives cannot appear to appease separatist movements in this manner or act beyond their mandate contrary to official EU policy pertaining to the Western Balkan region,” the MEPs’ letter read.

“If the impartiality and neutrality of the Commission is called into question, the fragile geopolitical balance becomes immediately threatened.”

In October, Dodik, the Serb member of Bosnia’s tripartite presidency called for Republika Srpska to withdraw from key state institutions and set up its own parastatal institutions, in violation of the peace treaty and constitution.

On December 10, Republika Srpska’s parliament adopted a series of laws enabling the entity to form its own institutions and its own army by May.

The letter signed by 30 parliamentarians noted that “as a neutral party with considerable influence”, the Commission has a key role in ensuring the Dayton peace agreement is respected on both sides.

It asked von der Leyen whether the Commission considers Varhelyi’s conduct to be in line with his role and with official EU policy towards Bosnia.

“What is the Commission’s stance concerning the territorial integrity of Bosnia and how does the Commission plan to ensure that the conclusions of the Dayton Agreement – of which the EU is a signatory of – are not violated?” the letter asked.

Katalin Cseh, MEP of Hungary’s progressive Momentum Movement, shared the letter on Twitter on Wednesday, writing, “The EU needs to stand firmly and credibly on the side of peace. People in [Bosnia and Herzegovina] and beyond deserve clarity on this.”

“As a Hungarian MEP, it is particularly important for me to send a message to the people of BiH, who are forced to relive the horrors of war – there is a Hungary beyond Viktor Orban who stands in solidarity with you in these difficult times,” Cseh said.

Last month, Orban, Hungary’s prime minister, told the Balkan Investigative Reporting Network that his country is providing Republika Srpska with ($114.4m) 100 million euros in financial assistance and will block any EU move to sanction Dodik for his secessionist plans.

Orban said Serbia and Republika Srpska are “key to the stability of the Western Balkans”.