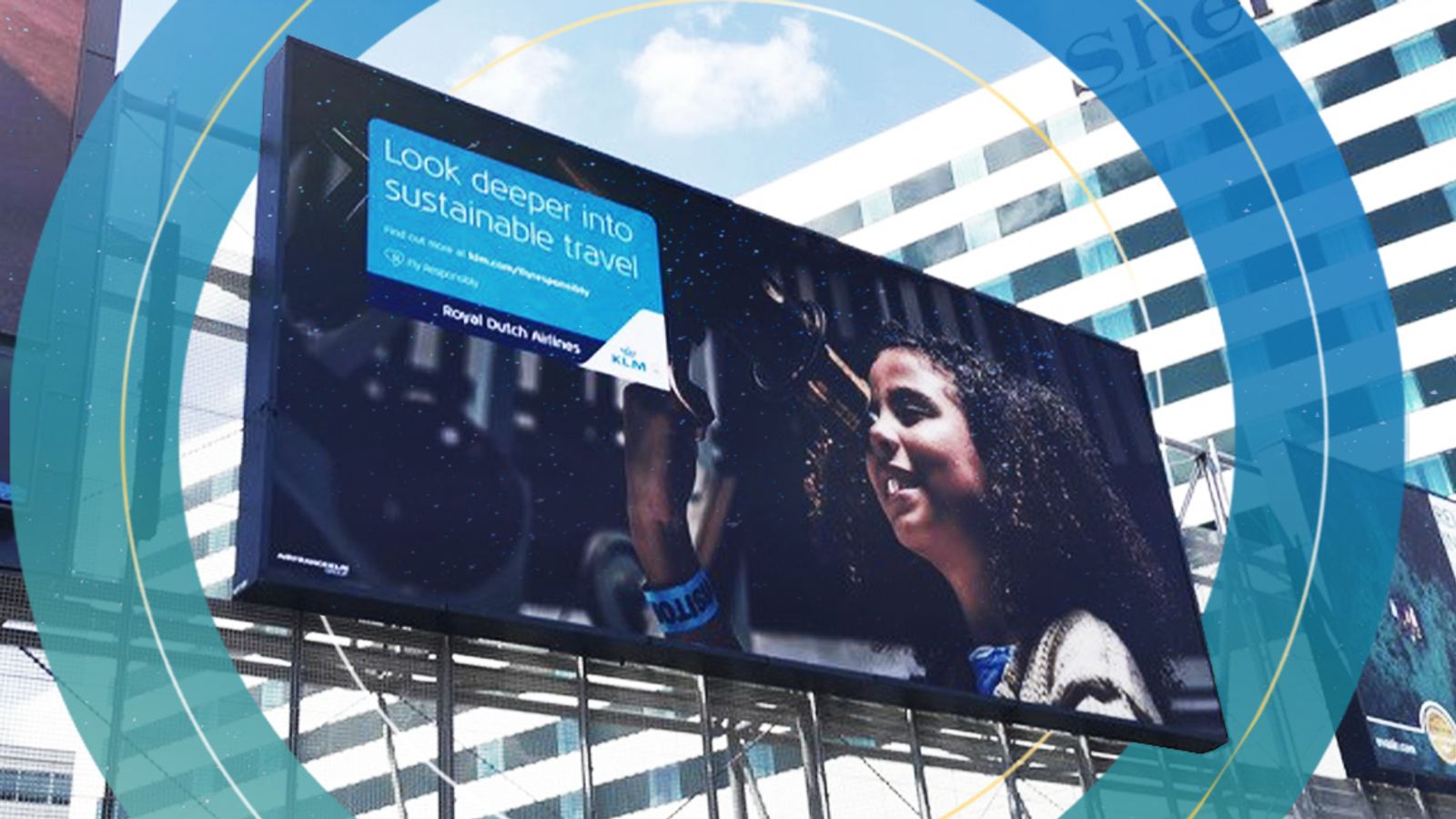 KLM's offset scheme "misleads" passengers into thinking they can fully "neutralise" the climate impact of their flight, which amounts to greenwashing, lawyers Client Earth and campaigners argue.

Dutch airline KLM is being hauled up in court over accusations its "misleading" advertising amounts to greenwashing, in what is believed to be the world's first such case for the aviation industry.

Environmental lawyers Client Earth will argue the airline's adverts and carbon offsetting scheme give a false impression of the sustainability of its flights and plans to tackle the pollution they cause. They claim this violates European consumer law.

Campaigners Fossielvrij NL, also bringing the lawsuit, today handed KLM a letter notifying them of the action at the airline's AGM in Paris.

"KLM's marketing misleads consumers into believing that its flights won't worsen the climate emergency," said Hiske Arts, campaigner at Fossielvrij NL. "But this is a myth."

Unless KLM agrees to cease what campaigners describe as greenwashing, a Dutch court will begin examining the case. Sky News has contacted KLM for comment.

The lawsuit is the latest in a flurry of global climate litigation as campaigners increasingly take to the courts to pursue their aims, with particular success in the Netherlands.

"The position is clear that we need to act urgently but that we are not," he said.

"This engages law in so many ways: corporate, governance, judicial reviews, so that's why we are seeing cases that respond to that legality."

Cases will continue to increase in future, he predicted.

Last year a Dutch court ordered oil giant Shell to drastically slash its emissions - a decision that Shell is appealing.

In 2019 the Netherlands' supreme court upheld a "landmark" ruling that the government would breach citizens' rights unless it cut emissions, inspiring similar legal action in other countries.

This is the first such case in the world against the aviation industry, according to the Sabin Center's Global Climate Change Litigation database.

KLM 'throwing sand in our eyes'

The KLM case has two strands. Client Earth claims the airline's Fly Responsibly campaign, which presents the airline as "creating a more sustainable future" and on track to reduce its emissions to net zero by 2050, is misleading.

The lawyers say KLM's plan to grow its flights is at odds with studies that warn the sector cannot align with net zero without limiting the overall number of flights.

The industry asserts it can increase passengers without increasing emissions, thanks to new technologies like sustainable fuels.

They are also targeting KLM's programme that encourages customers to buy carbon offsets - labelled 'CO2ZERO' - in order to "reduce your impact". Offsetting projects include reforestation projects or KLM's purchase of biofuels.

They argue the world cannot rely on offsetting and continue polluting, as offsets will not be infinitely abundant.

"Flight emissions cannot be 'compensated' if customers just pay extra to plant trees or give money towards the cost of false solutions like what the industry calls "sustainable aviation fuels". With these messages KLM continues to throw sand in our eyes," Arts added.

In April, the Dutch Advertising Code Committee (RCC) ruled that KLM was misleading its customers by giving them the impression that they can "neutralise" their flights through it offsetting schemes.