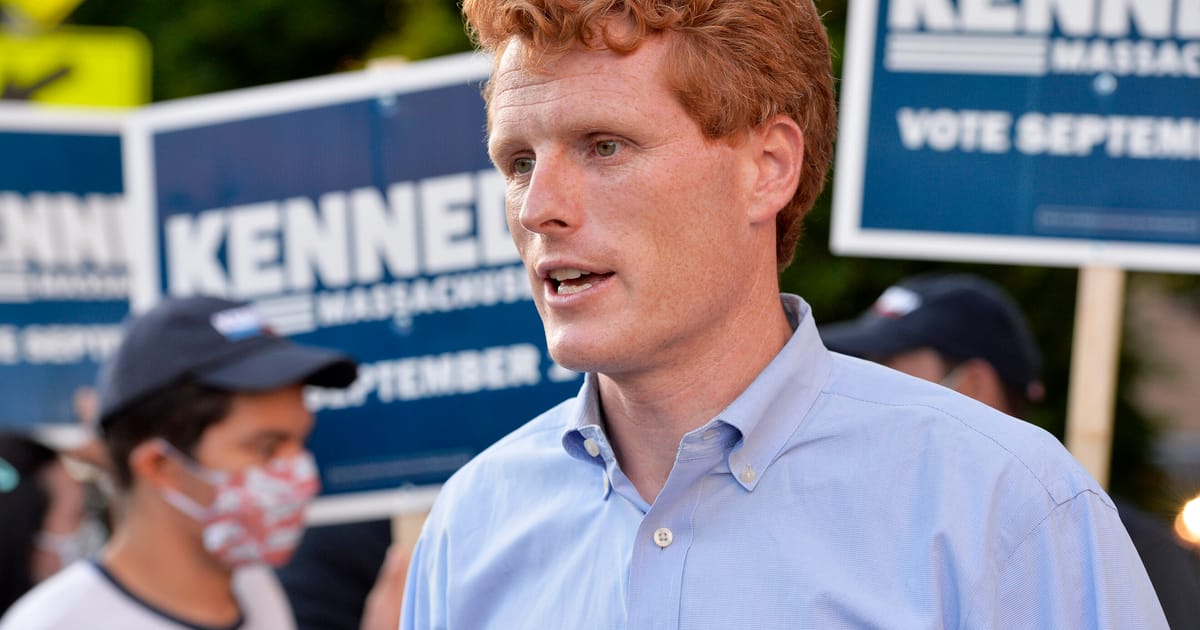 Irish nationalists say they’re thrilled to get a Kennedy, British unionists not so much.
U.S. President Joe Biden on Monday appointed the late Robert Kennedy’s grandson Joe to be the next U.S. envoy to Northern Ireland, setting the stage for an increased American focus on the divided U.K. region in the run-up to the 25th anniversary of its troubled Good Friday peace agreement.

After the news of his appointment — first reported by POLITICO — Joe Kennedy III pledged to “reaffirm U.S. commitment to Northern Ireland and to promote economic prosperity and opportunity for all its people.”

Kennedy previously served as a Massachusetts congressman before losing a Senate bid in 2020. In his new role, he will have, in historical terms, big shoes to fill. The 1998 Good Friday deal was overseen by former U.S. Senate Majority Leader George Mitchell, the first and by far most important U.S. envoy to Northern Ireland. Mitchell was appointed by Bill Clinton, the only U.S. president to adopt a hands-on interest in ending a three-decade conflict that left more than 3,600 dead.

Those once unthinkable moves, achieved in 2005 and 2007 respectively, paved the way for the revival of a power-sharing government uniting British unionists and Irish nationalists — a core goal of the Good Friday accord that once again has collapsed amid Brexit-driven divisions.

But Barack Obama’s envoy, former Senator Gary Hart, and Donald Trump’s man, former White House chief of staff Mick Mulvaney, both came and went without recording any tangible gains. The position has been idle for nearly two years, during which the breakdown-prone Northern Ireland Executive has fallen apart again.

U.S. officials briefed that Kennedy would avoid the political stalemate and focus on economic matters, particularly the prospect of wooing more U.S. corporate investment and jobs to Northern Ireland.

That was also the initial line taken when Clinton — facing British opposition to any direct U.S. intervention within a part of the United Kingdom — first appointed Mitchell to a Belfast role in December 1994. Gradually, Mitchell won enough cross-community trust to become the chairman of the talks, a role that required disciplined and patient diplomacy, including for years after the Good Friday breakthrough.

Officially, all sides welcomed the much-leaked news of Kennedy’s appointment, which is widely seen in Washington circles as a Biden effort to give Kennedy a new political platform following his failed Senate bid.

Behind the scenes, some in unionist and British government circles said the Biden administration hadn’t learned a key lesson from the high-profile triumph of Mitchell and low-key effectiveness of the Bush-era envoys — to avoid appointing figures firmly rooted in Irish America and the Catholic side of the traditional divide.

“We seem to be getting one of these classic Irish-American envoys who has no idea what we’re about — that we’re British, not Irish,” one unionist politician involved in the Good Friday negotiations told POLITICO. “We will be polite, even if we have to grit our teeth at times.”

Northern Ireland’s main pro-Brexit party, the Democratic Unionists, offered no comment. The party, which spent a decade opposing the Good Friday deal, has refused to revive power-sharing since May’s Northern Ireland Assembly election, which left them trailing Sinn Féin for the first time.

DUP leaders insist their veto on cooperation has nothing to do with this election setback and everything to do with the post-Brexit trade protocol, which keeps Northern Ireland subject to EU goods rules and makes it harder to receive shipments from Britain. The party recently denounced a visiting U.S. congressional delegation as biased against them.

Unsurprisingly, Sinn Féin and the Irish government offered fulsome praise for Biden’s appointment of a Kennedy.

“I want to thank President Biden and his administration for this appointment. It is a clear demonstration of the president’s direct engagement with Ireland as well as the enduring U.S. commitment to supporting peace in, and building the prosperity of, Northern Ireland,” said Micheál Martin who, until this past weekend, was Ireland’s prime minister. He has just been appointed foreign minister — responsible for leading diplomatic efforts in Northern Ireland — as part of his government’s coalition agreement in Dublin.

“Joe Kennedy has a strong record in promoting the interests of the north and I look forward to working with him,” said Sinn Féin’s would-be first minister of Northern Ireland, Michelle O’Neill.

The DUP’s moderate rival for unionist votes, Ulster Unionist Party leader Doug Beattie, said his community needed to keep an open mind and see Kennedy’s arrival as an opportunity, not a threat.

“Unionism has suffered from not engaging fully with the U.S.A. and this has been something my party has been keen to rebalance,” said Beattie, who welcomed Kennedy’s stated “focus on economic ties.”
#Donald Trump  #Joe Biden
Add Comment