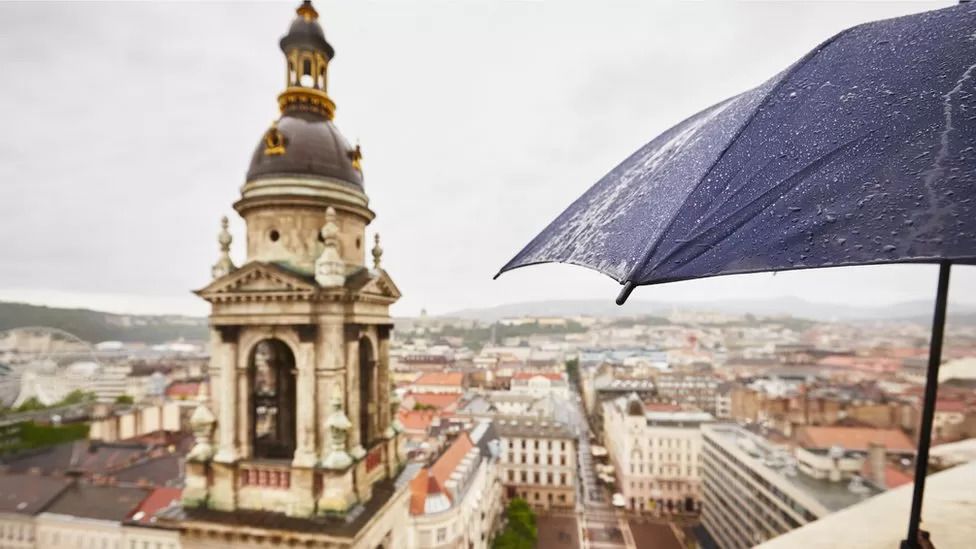 Hungary's top two weather experts have been fired over a mistaken weather forecast that sparked political uproar.
What had been billed "Europe's biggest fireworks display" had been organised for Saturday evening to celebrate St Stephen's Day - the national holiday,

But seven hours before the scheduled start, the government postponed the event, citing extreme weather warnings.

The weather, however, stayed calm - leading to the sackings of the head and deputy head of the weather service.

Some 40,000 fireworks were ready to be launched from 240 points along a 5km (3 mile) stretch of the Danube River in central Budapest, in a display usually watched by up to two million people.

The government postponed the event for a week due to the extreme weather warnings it received.

But the rain storm the National Meteorological Service had predicted changed direction and struck parts of eastern Hungary instead - missing the capital city entirely.

The service posted a public apology on their Facebook page on Sunday, explaining that the "least likely" outcome happened, and that uncertainty is part of weather forecasting

But it was too late.

Reaction in Hungary has been mixed.

Nearly 100,000 people had signed a petition, calling for the fireworks to be cancelled at a time of war in neighbouring Ukraine, and austerity at home.

Government supporters, however, were furious at the supposed ineptness of the forecasters, and hope the display will now go ahead as planned next Saturday.
#Facebook
Add Comment